A detached Broadstairs property that had fallen into disrepair has been transformed into five modern, holiday apartments.

Journalist Lorraine Williams takes a look at the project – and the history of the Dallison family:

The Dallison family had lived in Gladstone Road since 1959. The last family member to live at the house, Peter Dallison, was a well-known figure in the town for decades, until he passed away in 2016.  Many people in Broadstairs will remember the Dallisons with much respect and fondness.

Sadly, their imposing detached home in the heart of Broadstairs had fallen into disrepair over time. But in recent months progressive local developer, Maybank Homes, at the request of the Dallison family, has worked a magical transformation, creating new crisp white modern exterior and 5 stunning design-led apartments, conceived by architect Tony Michael. The apartments are now available for flexible short term lets and were revealed at the end of last week (March 23), at a grand launch event attended by members of the local business community and private investors.

The story of the Dallison family

The Dallison family were the last owners of 71 Gladstone Road, the original 1930s home which has now been redeveloped as Broadstairs Apartments.

The Dallisons relocated from Yorkshire to Kent in 1947 and rented the top two floors of the house from October 1959. In 1965, they had the opportunity to buy the whole house. They managed to negotiate a sale price of £4,000!

Joe had an accident at the colliery where he worked as a teenager, which ultimately led to the amputation of his left leg at the age of 21. He was very nimble on his crutches and could go up and down stairs as fast as anyone! He enjoyed a full life until his death in 1973.

Maisie ran a china shop in Market Street, Margate. She also bred champion white Persian Cats in the 1950s and 60s. One kitten was sold to King Feisal of Iraq! Maisie loved the gardens of No. 71 and kept them looking beautiful and full of colour in the summer.

Bob served in the Army during World War Two and afterwards worked as a clerk in Canterbury. Bob loved films, so the house became filled with all forms of related media and literature.

Peter joined the RAF on leaving school and served 5 years as a radar technician before deciding to leave the service and become a geography teacher. While training in London, he joined the St. Paul’s Cathedral Choir as a tenor. Peter taught at Charles Dickens Secondary Modern School in Broadstairs for 27 years from 1958 and became a well-respected Head of Geography. Peter enjoyed ‘treading the boards’ especially Gilbert & Sullivan. He was an actor and business manager for Ramsgate Amateur Operatic Society.

Neither Bob nor Peter married. They read extensively, and the house became a library for their books. Both retired early when their mother became terminally ill in 1985 and shared their Mum’s care until she died later that year.

The Dallison family are now reunited in St. Peter’s Churchyard, in Broadstairs.

The surviving family members who inherited the property specifically chose the developer based on their personal relationship and because they appreciated the company’s commitment to working sympathetically, ethically and to an exceptionally high standard on all of their developments.

Maybank Homes, led by Steven Mayhew, is a family business based in Thanet. Steven has over 17 years’ experience of developing property in the local area and working with private investor funding.

The redevelopment of the Dallison family home has been the most ambitious to date by Maybank Homes.

Broadstairs Apartments offers modern, fashionable, light filled apartments with off street parking and landscaped gardens. The two ground floor apartments have level access and are wheelchair accessible. The development has retained many period features from the early 1900s house, including stained glass windows and replicated wooden panelling, yet the overall look is entirely new and fresh from the bold crisp white exterior through to every interior detail. 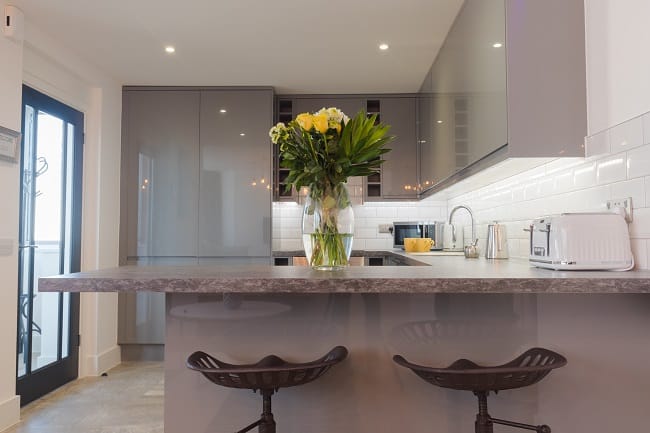 A team of local professionals were employed to deliver a high-quality development that will help meet the rising demand for stylish, comfortable, well equipped short term accommodation from affluent visitors to the area.

The team consisted of Maybank Homes, Launch Builders, Tony Michael Architect, Tony Michael Interior Design (the two Tony Michaels are cousins) and Paula Napper Landscape Design. Lorraine Williams has directed the marketing and brand creation with brand identity by Gavin Blake of Trigger Brands, creator of the well-known Mr and Mrs Smith brand, as well as the brand identities for My Seaside Luxury and Albion House Hotel in Ramsgate. 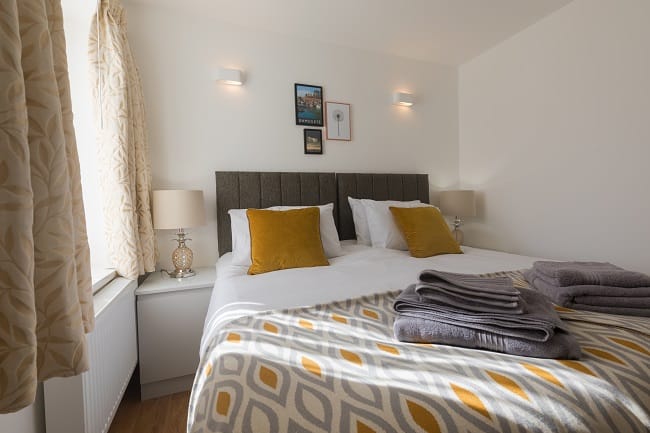 Steven said: “Our aim with these apartments is to provide an exceptional standard of short term accommodation for visitors to our town, who will spend money here and support the local economy. We are very proud of what we have created and have been delighted with the enthusiastic response from everyone who has seen the development so far.”

Mike Bridges, business owner and chair of the Broadstairs Tourism and Leisure Association (BTLA), said: “I’m really impressed with the quality of Broadstairs Apartments and would like to congratulate Steven and the team on a job well done. Having more of this standard of accommodation available in Broadstairs helps to promote the town as a whole, as a high class destination. And the story of the Dallison family is fascinating.” 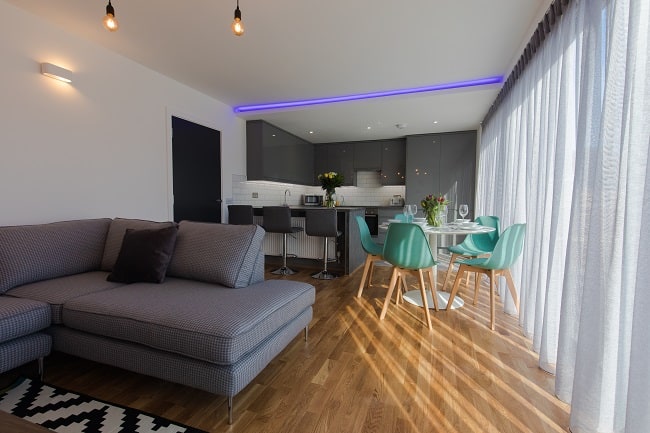 The apartments are available to book now. See broadstairsapartments.co.uk

Check availability and book a stay at Broadstairs Apartments here.