Officers from KCC Trading Standards, Kent Police and HMRC carried out several raids in Thanet this morning (March 26) as part of a wide-scale crackdown on the supply of illicit tobacco on the isle.

At least 75 officers were involved in the operation led by Trading Standards. Warrants were simultaneously executed at three commercial premises, two residential addresses and two vehicles.

During the operation across the isle officers, with the support of specialist sniffer dogs, seized 131,480 cigarettes (6,574 packs) and 352 packs of hand-rolling tobacco, with a total value £66,000. They also seized £22,000 cash, which is believed to be the proceeds of crime. 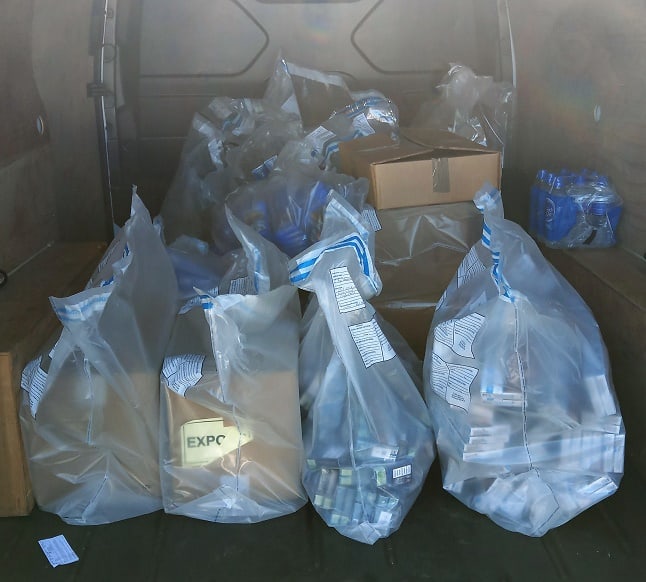 Kent Police arrested one person in connection with the operation.

Superintendent Alan Rogers, from Kent Police, said: “The action carried out on Monday 26 March was down to a combined effort between Kent Police and partner agencies including Trading Standards and Kent County Council.

“The purpose was to crack down on the illegal sale of tobacco and officers carried out warrants at several addresses in Thanet. These included Northdown Road and Grotto Road in Cliftonville, Burlington Place and Harold Road in Margate and the High Street in Ramsgate.

“Our work with partners is important as it allows us to draw on a mix of expertise in order for operations like these to be successful.

“We arrested a 32-year-old man from Cliftonville on suspicion of selling goods that were not what they were labelled to be, an offence under the Trades Mark Act. He has been released pending further enquiries.”

Clive Phillips, Operations Manager for KCC Trading Standards said: “This operation sends a clear message, from all agencies involved, that the supply of illicit tobacco will not be tolerated.

“We will take robust action with our partners against those who undermine legitimate businesses, cause harm to our communities and avoid paying the appropriate taxation which funds our vital public services.”