Visitors packed out talks and screenings at this year’s Ramsgate International Film and TV Festival.
More than 50 films from 16  countries featured in the three day event from March 15-18.

Talks were given by festival guests including former Carry On actress Valerie Leon and Hollywood PR man Gary Springer. 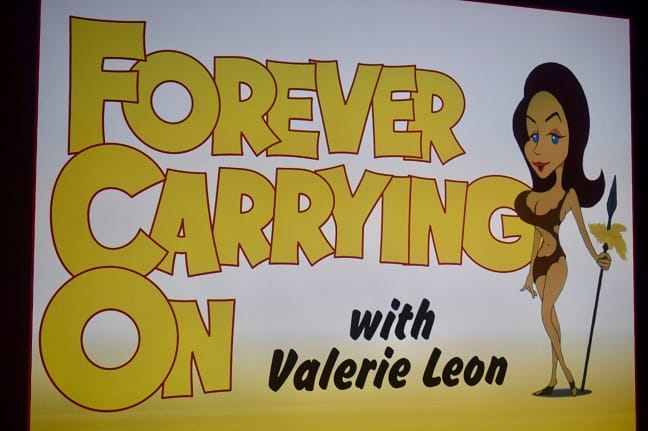 A spotlight on local films night hosted by The Falstaff was a sell-out success.

Festival organiser Sylvie Bolioli said: “ The festival was even bigger and better than 2017. Actress Brenda Blethyn, who is our Patron but also a jury member, thought the standards of films were higher in 2018.

“We once again felt the International vibe with visitors from various parts of the UK,  Italy, Sweden and the US. There was a real film festival buzz at the Granville Cinema and at the bar of the Albion Hotel  and a new partnership with Canterbury Christ Church Uni proved to be very effective with students upping the social media game, helping to increase the word of the Festival on all five continents.

“I am grateful to the entire team, including all the volunteers who worked their bottoms off to make this event successful. Brenda Blethyn was also present at most events. She is so modest and says she does nothing, but without her the festival would not have been possible. The other pillars of this event were Tracy Russell , our director of programming, and Stephen Frost, our technical director,

The festival’s overall winning film, judged by a panel including Brenda Bleythn, was The Family (Dementia). It will be screened at the Palace Cinema in Broadstairs on Saturday, March 24 at 3pm as part of the Kent Big Weekend.

For those who didn’t secure ballot tickets, they can be bought for £5 plus 83p booking fee here