Thanet are the highest points scorers in the league and Aylesford have conceded fewer points than any other side. Both teams were close to full strength and after an early shower, conditions were good for what proved to be an exciting encounter.

Wanderers kicked off and were quickly into their stride. A strong driving maul brought a penalty and Nick Herbert gave Wanderers a three point lead after just three minutes. Thanet were on top with powerful pick and goes and strong mauling with Adam Gaddes at his best causing the Bulls to resort to illegal tactics to halt them, bringing a series of penalties from referee Mark Hayward.

Herbert found touch from the final one to set an attacking line out but left winger Charlie Knight was called back for a foot in touch as he was on the point of scoring. After fifteen minutes slips in Thanet’s defence allowed the Bulls to take play into Wanderers half for the first time but Herbert’s clearance returned play to near halfway. 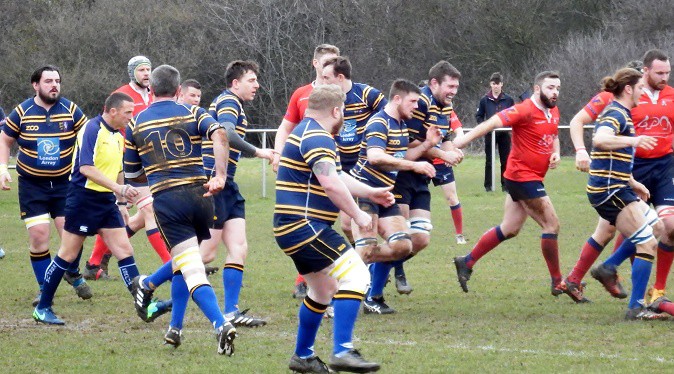 When Aylesford dispossessed a Wanderer and sent an accurate cross-kick which was caught on the opposite wing, a score seemed certain but the final pass was judged forward. Minutes later Wanderers back line was attacking out of their own half when a floated pass was intercepted by a Bull who gratefully raced in under the posts and the easy conversion meant Wanderers trailed 7-3 after twenty-five minutes. Thanet were soon back on the attack and from a lineout on half way Thanet’s loose-head Danny Clement cut a good line creating space before slick handling in the backs allowed outside centre Herbert to finish well and then convert to give Thanet a 10-7 lead. 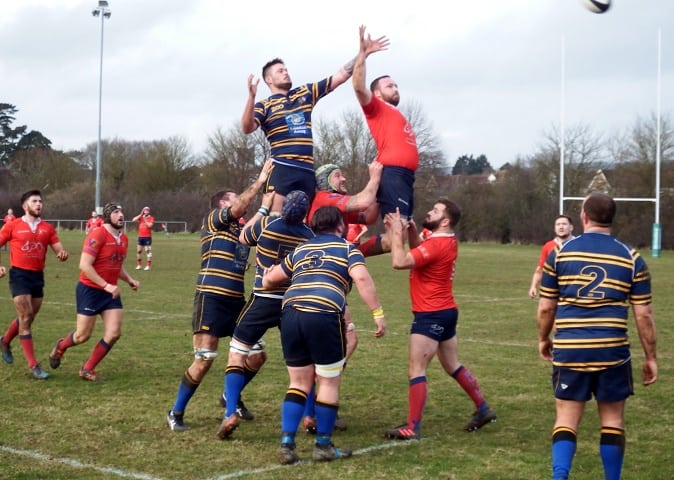 The momentum was with Wanderers but when Herbert’s penalty attempt slipped wide an opportunity to maintain the pressure by kicking to the corner was lost. Aylesford quickly sent play to the other end but a stolen lineout allowed the pressure to be eased. Half time soon followed and despite having the lion’s share of possession there was concern for Wanderers that this had not been turned into more points.

Straight from the kick off for the second half this appeared to have been remedied when Isaac Roe caught and ran back strongly before passing to Herbert who drew his man skilfully opening a gap for left winger Knight to finish powerfully for another top notch try. No conversion but Wanderers led 15-7. Any euphoria was soon swept away as in a mad ten minutes for Wanderers the Bulls took full advantage of a couple of defensive lapses to take a four point lead which they did not relinquish.

A failure to deal with another cross kick sent in the opposition for a well converted try followed very shortly afterwards by a five pointer following confusion over a quickly taken line out. Thanet regrouped well and a good combination between Brett Scott and Stuart Plumridge gained territory, Joe Carlier secured a breakdown and Andy Letts won a good turnover after a lineout but some of Thanet’s strategies were high risk. Around twenty minutes remained when a nasty injury to the Bulls’ Number 8 led to a lengthy break before the game was moved to a neighbouring pitch.

The pitch was very muddy but Wanderers settled well against the Aylesford side  who did well to maintain concentration despite the injury. It may have been a mud-fest but it was a most absorbing twenty minutes of rugby as Wanderers camped in the Bulls half. Wave after wave of attacks were repulsed. The forwards went through phase after phase, the combined wisdom of half backs Peter Macaulay and Lewis Stone sought every which way to break the deadlock. A penalty attempt from close and in front went wide. Subs Kris Finneran and Jay Sanford brought new legs to the fray. Gaddes took an unwanted mud-bath. Penalties piled up against the Bulls and a very close call for a forward pass denied Knight a second try.

On the other wing, Phil Kemp made way for seventeen year old Tom Walton who came off the bench for a brief debut and went very close to scoring the winner. But it was not to be and finally the whistle blew to end a fine game of rugby between two quality sides who provided first class entertainment for the spectators.

Disappointment for the Wanderers at the narrow defeat but four matches remain to ensure promotion starting with a rearranged fixture against Crowborough at home next Saturday,March 17 (kick off 3pm). 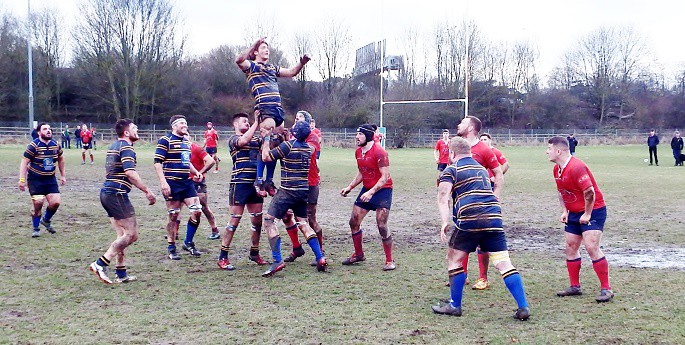 Head coach Tom Carlier gave credit to Aylesford for their resilient defence but rued the lack of concentration that led to the change in the game’s fortunes. There were many outstanding performances from the Wanderers particularly in the pack from Kieran Wright, shining on his return to familiar fields and wing forwards Captain Brett Scott and Warren Riddell-Bloomfield but hooker Neil Wakefield was again Thanet’s Man of the match. Technically faultless at set pieces and inspirational in all other areas it was another standout performance.

We have heard from Aylesford that their injured player suffered a dislocated knee. We wish him well for an early recovery.