A dealer who ran a drugs factory from the garage of a house in Broadstairs has been jailed.

Ian Chamberlain, 42, of Millmead Road, Margate, was arrested as part of an investigation by officers from the Kent and Essex Serious Crime Directorate.

He admitted being concerned in the supply of amphetamine after more than 50kg of the class B drug was found in the garage of a house linked to him in Rumfields Road, Broadstairs. A stun gun was also found in his possession.

Chamberlain was jailed for three years and four months when he appeared at Canterbury Crown Court on Friday (2 February).

Officers carried out a warrant at the Broadstairs property in the early hours of Saturday 12 November 2016 when they found 10 packages of amphetamine stored within a chest freezer in the garden. Further packages of the drug were discovered elsewhere in the garage area along with associated paraphernalia including disposable gloves, bowls, weighing scales and a food mixer. 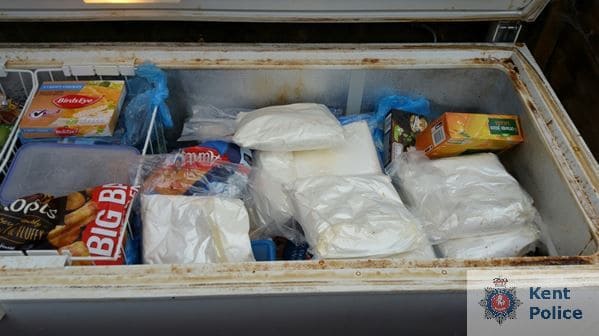 Chamberlain was arrested the same morning at his home address and later admitted to being involved in the production of amphetamine.

Three other men linked to the drugs factory were found not guilty following a trial.

Senior investigating officer Detective Inspector James Derham said: “The misuse of amphetamines has been known to cost lives and the law takes a dim view of those who seek to benefit from the misery of others. Kent Police is committed to tackling organised criminality that seeks to undermine local communities for their own gain. 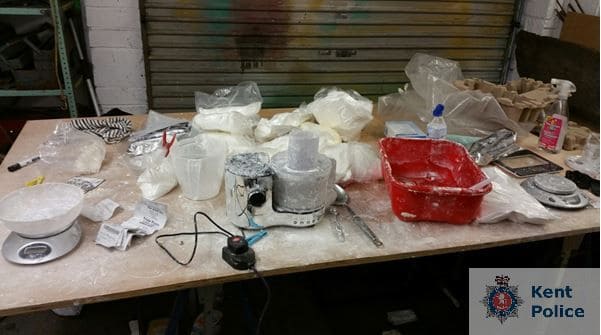 “‘Each kilogram of the drugs seized in this case had a potential street value of between £1,000 and £2,000 so there can be little doubt that the production of this dangerous drug would have been an attractive financial proposition.

“However, substances like amphetamine are illegal for a reason and that is because they pose a significant risk to the health of those who abuse them. Anyone who assists in passing this risk onto others can expect to be arrested and, as in the case of Ian Chamberlain, spend a lengthy period of time behind bars.”