A Westgate dad and grandad who is living with motor neurone disease (MND) has spent the day with the West Ham team at their training ground in Rush Green.

John Rawlins, who is a lifelong Hammers fan, was diagnosed with the debilitating muscle wasting condition, MND in October 2016.

The dad-of-two been dealing with the effects of MND, which includes weakness and wasting of muscles, causing increasing loss of mobility in the limbs, and difficulties with speech, swallowing and breathing.

John and wife Chris were treated to the visit after it was arranged for them by his sister-in-law  Yvonne. 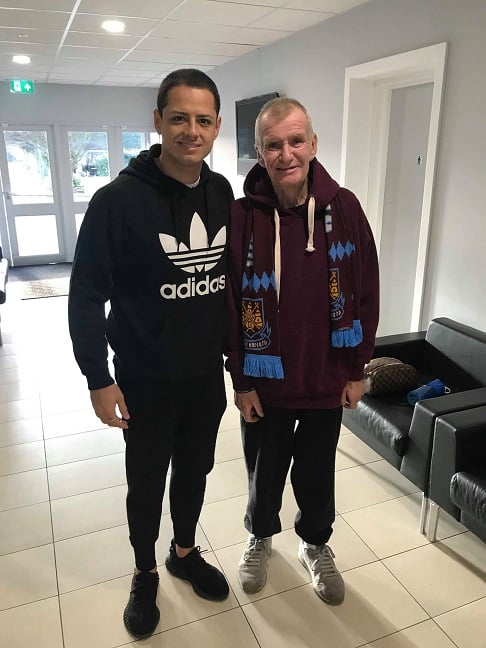 John, Chris and Yvonne were welcomed to the ground and had a chance to meet and have their photo taken with players  Andy Carroll, Joe Hart, Javier Hernández, manager David Moyes and Stuart Pearce and the training staff.

John and family were invited to watch the team train and were presented with shirts signed by all the players.

John said “The staff and team at West Ham United couldn’t do enough to make this a most special day for me and it is something I shall never forget!” 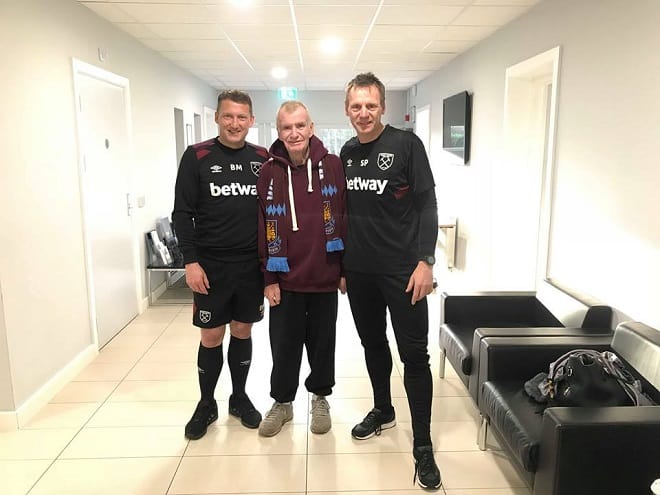 John has also been invited to attend tomorrow’s match at the London Stadium between West Ham and Crystal Palace.

A gofundme page, created by John’s friend Dave Tappy, has so far raised £3,555 of a £5,000 target to help pay for necessary adaptations to John and Christine’s home.

Money has been raised through events dedicated to ‘John’s Journey.’

The donation page can be found here

MND is a group of related diseases, affecting the motor nerves or neurones in the brain and spinal cord, which pass messages to the muscles telling them what to do. More information can be found at UK MND Association