Thanet has the highest child poverty rates in Kent, and the south east, according to new data released by The End Child Poverty coalition.

According to the report Thanet has some 10,500 under 18s living below the poverty line, equating to 34.7% of the isle’s youngsters. But when individual wards are looked at the rate is as high as 52%.

At the other end of the scale is Cliffsend and Pegwell with 125 – 15.09% – and Kingsgate with  56 children – 15.46% – judged as in poverty although age demographics of those living in these wards will have impacted those figures.

She says Universal Credit needs to be halted and county funds should be channelled into helping poorer pupils in schools.

She said: “This is utterly repugnant to me and should be to all Thanet’s residents. All children should have an equal chance. Child poverty scars and hurts for life. As it stands the UK has amongst the worst child poverty rates in the EU, and nationally it is set to grow by a shameful 1 million more kids in poverty by 2020. How can the 6th richest nation stomach this?

“How can KCC continue to deny and disguise the abject poverty in Thanet. I’ve written again to Kent County Council leader Paul Carter and Matt Dunkley, Director Children, Young people and Education, to call for clear plans to halt and reverse this appalling situation. We need a clear, funded, and strategic plan of action with specific targets for the poorest areas, especially Thanet.

“We need to stop any further introduction of Universal Credit as this is an engine of poverty. We need to re-implement Labour’s Innovative tax credits that powered a reduction in child poverty.

“We also need to stop sending homeless families out of area, only to bring them back into area months later. This practice exacerbates poverty meaning the poorest families, and their children have to spend more of their meagre income to stand still.

“We need to better manage county funds to recognise that poverty must be tackled systematically. Measures could include more provision of teachers and teaching assistants, free school meals, bursaries for travel for secondary school age pupils, provision of IT  equipment.”

Matt Dunkley, director for children, young people and education, said:“We recognise child poverty is a growing problem, both nationally and in Kent and that this presents a significant challenge.

“We have responded creatively by forming new partnerships, reshaping services and adopting new ways of working to ensure disadvantaged children and families, including those in poverty, are supported where and when they need help. 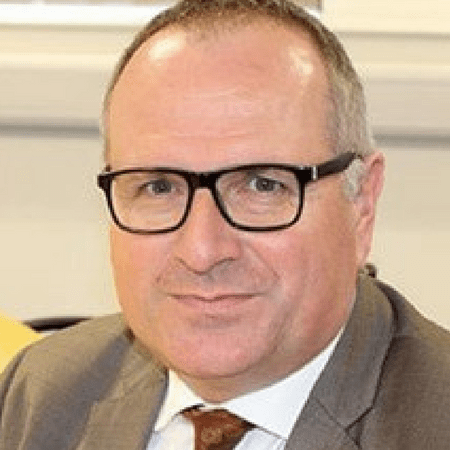 “The council recently integrated all of its children’s services into a single Directorate, to create a more effective, coherent whole system approach to supporting vulnerable children and young people.

“Disadvantaged vulnerable learners are one of our strategic priorities.  Our Vulnerable Learners Strategy brings together all the actions we are taking to improve outcomes for these children.  It is designed to ensure that no child or community in Kent is isolated or left behind.”

Since the introduction of the benefit freeze, the End Child Poverty coalition, which includes charities, faith groups and unions, has warned that as prices rise, low income families would find it increasingly hard to pay for the same basic essentials.
The coalition is calling on the Chancellor to end the freeze on children’s benefits – currently in place until the end of the decade – so that families no longer see living standards squeezed as prices rise.

The group is also concerned that the impact of poverty may be exacerbated by a poverty premium – which means that low income families can face paying as much as £1700 per year more than better off families, to buy the same essential goods and services. A major contributor to this is the high cost of credit for low income families, and the coalition wants to see the Government address this by providing better access to interest free credit.

How the calculations are made

A child is calculated as living in poverty if they are in a family living on less than 60% of median household income.  According to the latest official statistics 60% of median income (after housing costs) was around £248 per week.

To find the relevant poverty line for a particular household type, this then needs to be adjusted to take account of household size.  For a couple with two children under 14 this means multiplying by 1.4 – giving a poverty line of £347 per week.

It is estimated that as many as 380,000 children in the South East are living in poverty.