Kent Police is investigating the suspected theft of a dog from a back garden in Palm Bay.

The female Staffordshire Bull Terrier went missing between 8.30pm on December 28 and 2pm the following day.

It is believed Dutchess was taken from the back garden of owner Andy Fielding’s home in Knockholt Road. A reward is being offered for her return.

Andy has registered Dutchess on Doglost Critter Alert Animal Warden group and has put posters up  across Thanet in his bid to find her.

The Missing Dogs and Strays Thanet group is also involved in the search as is animal charity Harvey’s Army. 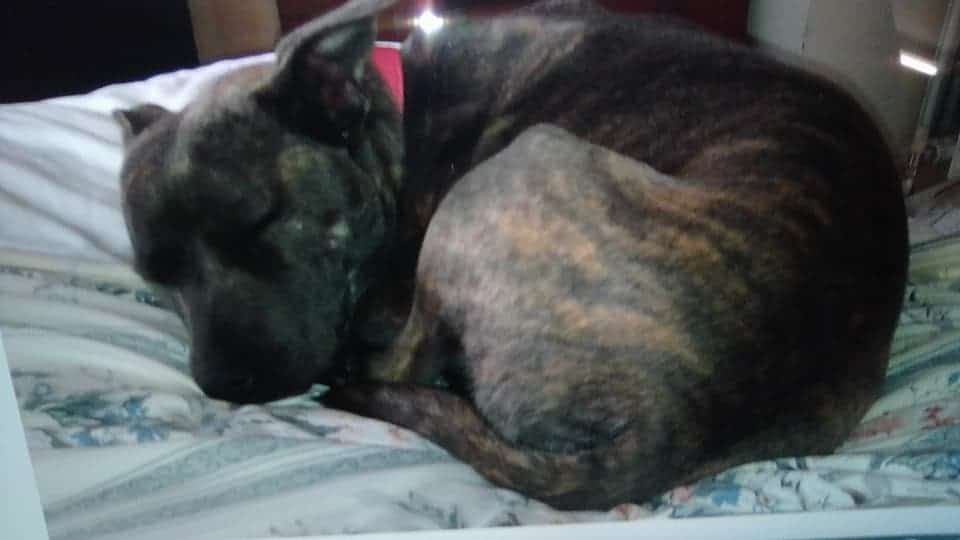 Andy says Dutchess is “a very soppy and affectionate girl,” but she does not get on well with small dogs.

A Kent Police said: “Kent Police has received a report of the theft of a Staffordshire bull terrier from the back garden of a house in Knockholt Road between 8.30pm on 28 December and 2pm the following day.