Consultation on plans for a secondary free school on the former Royal School for Deaf Children site in Margate is now open.

Kent County Council will fund the majority of a £20 million project to build the six form school, which is expected to provide places for 900 11-16 year olds.

The new school in Margate would help combat this, along with a £3 million expansion at Ursuline school in Westgate and other isle secondaries taking on extra pupils on a temporary basis from 2018.

A competition process is now underway to find a sponsor for the new secondary in Margate. Two applications previously received did not receive consent from the Department for Education.

Applications from potential sponsors are open until January 15, 2018. The Secretary of State will decide who will get the role by April 2018.

The school will be an academy receiving its revenue budget directly from central government each year.

The secondary, which will be a free school, is expected to open for the first year in 2019 at the former Walmer School site with 150 pupils, although other sites are being considered. They will then transfer to the new build the following year with pupil numbers predicted to have doubled and the school roll having students from Year 7-Year 9. By 2022/23 the school is predicted to have 690 pupils enrolled. 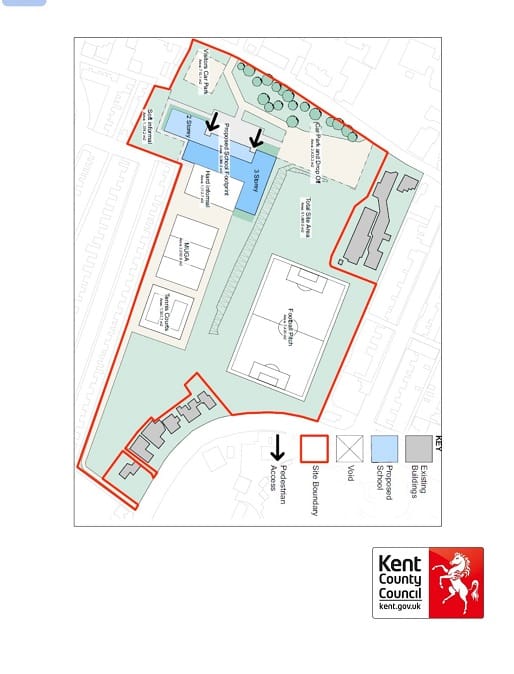 The school will also have a 15 place special educational needs provision.

Although plans have not been finalised it is anticipated the new school with benefit from an outdoor multi-use games area (MUGA) and that there will be a designated car park and drop-off area to reduce the impact on the surrounding roads.

A one-off grant of £25,000 will be provided to the successful sponsor by the DfE to cover legal expenses. KCC will provide a budget of £50,000 for start-up costs which will typically commence from January through to 31 August prior to the new school opening on 1 September 2019.

The school will receive guaranteed funding during the first three years.

Roger Gough, KCC’s cabinet member for children, young people and education, said: “Thanet has been identified as an area where the birth rate is higher than both the national and county average. As a consequence of this, as well as inward migration into the district, we will need to find more school places for both primary and secondary children in the coming years.

“Our Commissioning Plan for Education Provision in Kent 2017-2021 identifies the need for new school provision across Kent, including up to eight form entry in the Thanet district in the medium term and 10 form entry in the longer term as new housing developments proceed.

“Our intention now is to secure a sponsor who can work with us to ensure a new, high quality secondary school can be opened at the Margate site to cater for the rising number of pupils in the area.

“Kent County Council is responsible for ensuring there are sufficient high quality school places for all learners in the county and we take that responsibility very seriously.”

A Kent County Council decision to buy the former Royal School for Deaf Children in Victoria Road was approved in September.

Further information can also be found on KCC website at: www.kent.gov.uk/educationprovision

Information on the website will be updated over the coming months.