It was a first visit to Old Williamsonians for most of the Wanderers contingent on a very windy afternoon with occasional heavy showers. Thanet’s backline was re-jigged due to continuing injuries to centres Jay Morbey and Stuart Plumridge. Isaac Roe moved to outside centre with Alfredo Furmanek replacing him at full back and James Langridge was back at scrum half. Jay Sanford continued at hooker for Neil Wakefield and Jon Walker-Smith was on the bench after eight months out.

O.Ws kicked off into the wind and after Wanderers knocked on established a good field position.  Quick handling led to an unconverted O.W try in the first three minutes against some uncoordinated defence. The hosts continued to press and Andy Letts was prominent in an improving defence. It was nearly half way through the first session before Thanet threatened a score but Nick Herbert’s penalty attempt slipped by, however two minutes later he made no mistake from in front and from 25 metres.

Captain Brett Scott tried to inject some urgency into his side with characteristic carries and tackles but it was no surprise when OWs went further ahead after half an hour with another unconverted try. Joe Carlier took a break at tight-head with Walker-Smith on in his place. Thanet were making an unusual number of handling errors that halted momentum. A penalty from Herbert didn’t find touch but his follow up tackle established Wanderers deep in the home half. A driving maul advanced  towards the line and forced a penalty which Herbert converted to make the half time score 10-6.

Some verbal tonic from Head Coach Tom Carlier at  half time was quick acting as after three minutes Wanderers grabbed the lead when Phil Kemp broke powerfully down the left wing. When he was stopped Herbert was on his shoulder to take the inside pass and touch down. His conversion made it 13-10 to Wanderers. Dave Lemon now came on for Warren Riddell-Bloomfield in the back row and minutes later Nathan Stout replaced fellow teenager Reece Hougham on the right wing and Walker-Smith retuned to the front row.

OWs threw everything into attack and only a try saving tackle from Furmanek and a slip by OWs as they closed in on Thanet’s line kept the scoreline intact. Stout was on the end of a break out from defence after a  turnover and was stopped only by the home last line of defence. Wanderers Chairman Danny Clement now switched to hooker when Sanford had to retire.  Errors and penalties from both sides mounted as the clock ticked down and when OWs blindside flanker was shown yellow time was running out. 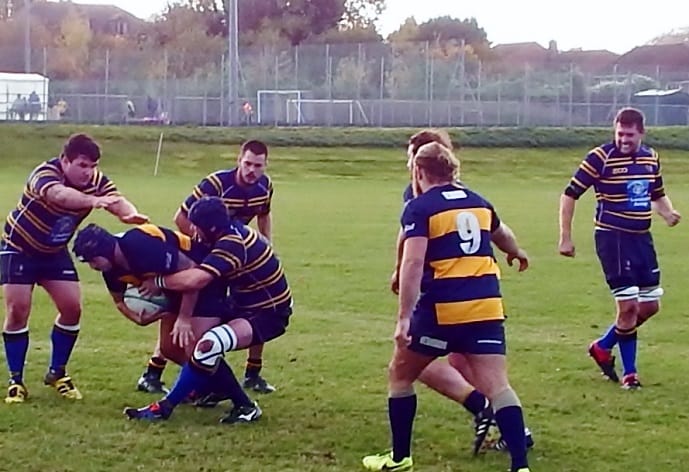 An opportunity to draw level went when a seemingly straightforward penalty was dragged left but with a last gasp effort the hosts claimed the victory when another missed tackle opened the door to the try line to make it 15-13.

Head Coach Tom Carlier was not happy with the team performance and urged the need for a better attendance at training. The small pitch should have made defence easier and missed  tackles were crucial. There were forceful displays from Clement and Adam Gaddes but the man of the match was Nick Herbert who had another good game and scored all of Thanet’s points on a tricky day for kickers. 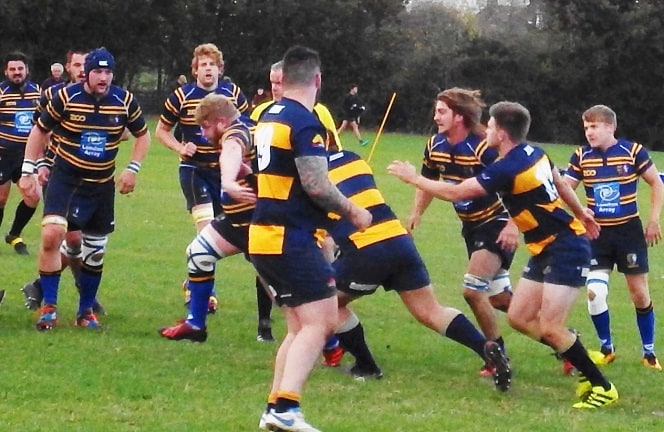 Wanderers are at home to Crawley, another newly promoted side, next Saturday Kick Off 3PM.

The match will be preceded by a President’s Lunch. Just £7 for one course and a match programme, contact Kelly to reserve your place.