A sunny afternoon encouraged good support for both sides for this local derby.

Deal kicked off down the slope and opened the scoring with a penalty after six minutes before making it 10-0 with a converted try half way through the first period. Another new lineup for Thanet had taken time to settle but two penalties from full back Sam Rolfe around the half hour mark chipped away at the lead before conceding another try minutes later. Penalties were then swapped before the hosts finished the half on a high with a try from Luke Tolley making the score 14-20 at half time. 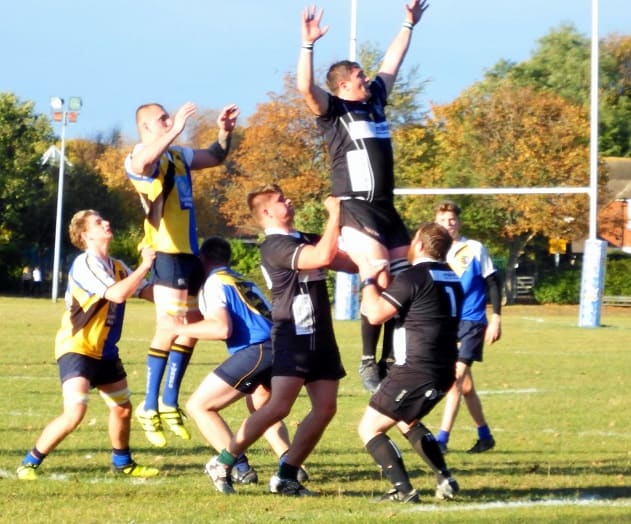 The visitors opened the scoring in the second half with a converted try but a fired up Jon Walker-Smith, in his first game for eight months, contributed to the build up of a try from Tom Christian to make it 19-27. Wanderers continued to press and their third try came from Arek’s brother, Phillip Arkadiusz after a powerful build up. Rolfe’s conversion from wide left was good to narrow the gap to a single point at 26-27. Sadly Wanderers were unable to maintain the momentum and Deal closed the scoring with a converted try to win 26 34.

Captain Chris Hood who will soon be fit again after a lengthy lay off will have been pleased with many individual performances but he will regret conceding eighteen penalties thus losing  possession and field position .

The 2s are at home again next Saturday 21st against Aylesford whilst the 3s also have a scheduled fixture at home against Ashford. Both games kick off at 3PM. The firstXV travel to Rochester to play Old Williamsonians.