Councillors on Thanet council’s planning committee have ignored an officer’s recommendation to approve an application to build six flats in Birchington.

Instead a site visit to Seafields in Cliff Road will take place on November 3 before a decision is made.

Applicant AOC Ramsgate Ltd wants to knock down the existing bungalow and build the three storey property containing flats in its place.

But there have been some 32 objections to the scheme raising concerns about overlooking, particularly from neighbouring Bay House, overdevelopment with flats in an area of houses and bunglows and an increase in traffic. 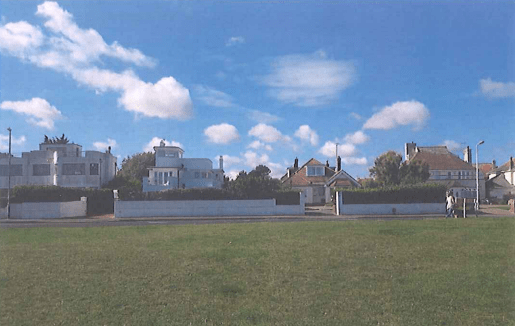 Speaking at the meeting Anthony O Connor, on behalf of the applicant, said: “There are different designs (of properties in the street), different materials, heights and scales and Art Deco properties including Bay House next door. The application is very comparable.”

Mr O Connor said the design sought to ensure there was no overlooking with screened balconies meaning residents would not be able to stand on them and look into other gardens.

But the owner of Bay House said the development would impact on his property. He said: “It has not been acknowledged that my house will be darkened and overwhelmed.”

Councillor Keith Coleman-Cooke, who had called in the application, also spoke out against it. He said: “This is a high townscape value area and 6 flats is over-development and is totally out of character with the area.

“We have beautiful, detached properties and in the middle we want to stick a block of flats. This will set a precedent. Are we happy for the rest of the road to sell their properties and end up with a road full of blocks of flats in what is a nicer area?”

Cllr Peter Campbell suggested a site visit which was supported by the committee.