Police Community Support Officers (PCSOs) across Kent have been given new powers to deal with antisocial behaviour, alcohol and truancy.

Officers will now be able to close licensed premises which consistently sell alcohol to children and require a name and address of people who are selling or buying alcohol for someone who is drunk, selling to children or sending a child to purchase alcohol.

They are also now able to take truant or excluded pupils to the school which they are absent from or another elected location and move people under dispersal orders and confiscate any items that could be used to commit antisocial behaviour, crime or disorder.

Officers will follow a training plan to make sure they understand their new role and to prepare them for their duties.

Chief Constable Alan Pughsley said: “PCSOs are highly regarded by Kent for their important role in delivering neighbourhood policing. They help to reduce crime and provide a high profile and visible uniformed presence.

“I am delighted to be able to grant these powers to the hard working PCSOs who are an invaluable resource in providing real benefits to the communities they serve.” 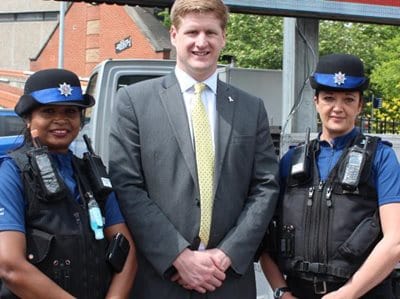 Kent’s Police and Crime Commissioner Matthew Scott (pictured) added: “When I was elected Kent’s PCC I said I would ask the Chief Constable to review the powers his PCSOs have. I’m pleased to see new powers granted, particularly to deal with issues such as truancy and anti-social behaviour.

“PCSOs perform a vitally-important public service across Kent, particularly as part of visible neighbourhood policing. They are an essential element of preventing crime, anti-social behaviour, and in providing a local reassuring presence within the communities they serve.

“These additional delegated powers, on top of the already existing extra powers previously provided to PCSOs in Kent, will further bolster the value PCSOs provide to our communities.”