With the national political spotlight focusing on party conferences and the Prime Minister’s cough, pupils at  Newington primary school in Ramsgate have quietly held their own Democracy Week.

Pupils have been learning about their rights as voters and been taking part in elections to choose new head students.

Candidates created promotional posters,put together manifestos and gave speeches to classes across the school as they hit the election trail in search for votes at the ballot boxes, which were placed in the school reception area

The 12 Year 6 candidates were initially selected by their classmates before going to the polls, with the results announced in front of more than 600 pupils, staff and families in the main hall. 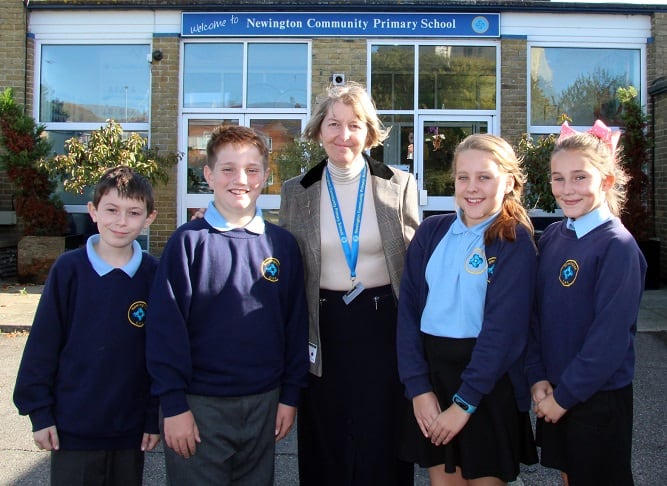 Guest of honour was Lesley Gallagher, chair of governors, who acted as returning officer for the election and announced the winners, congratulating the whole school for the way they embraced the democratic process.

To cheering and applause, the head boys were named as Charlie Hayman and Alan Monaghan, while the head girls are Grace Johnson and Lucy West.

Head teacher Cliff Stokes praised all the candidates for their “passion and commitment in putting themselves forward for election.”

He said: “They all behaved respectfully to each other and their voters, and fought a friendly and fair campaign of which they can be very proud. 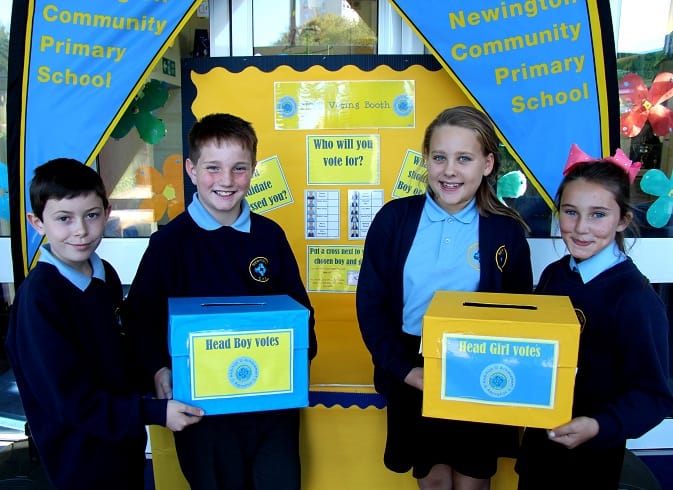 “The campaign speeches were passionate and many centred on our Newington Winners ethos, what it was like to be a pupil at Newington and what they could do to help enhance school life.

“It is important for pupils to learn about their rights as voters and about taking part in the election process. Democracy is the true core of our country and this is an excellent way of teaching them about how it works and for them to experience it in action.”

All the candidates received commemorative certificates and their roles will include being ambassadors when the school has visitors, and helping staff during routine events like assemblies and throughout the busy programme in the coming year.