A Broadstairs dad-of-four will be cycling the height equivalent of climbing Snowdon one-and-a-half times every day (1,628 metres) in aid of a Thanet non-profit organisation.

Wayne Ferguson will ride 184-miles off-road from Whitehaven to Newcastle to raise cash for KiddiesCancerinfo.com

The organisation was set up by his sister-in-law Tracy Bennett after her little girl Chloe, then four-and-a-half years old, was diagnosed with kidney cancer.

The aim  is to help families with transport to London hospitals and information.

Wayne, a welder and fabricator, said: “It is quite an important charity. My niece had Wilms tumour (kidney cancer). It is very hard to detect and she lost a kidney.

“The difficult thing was having to get her to hospital in London. Now a few other guys and I drive kids and parents up to the hospital so parents do not need to worry about driving, parking and congestion.” 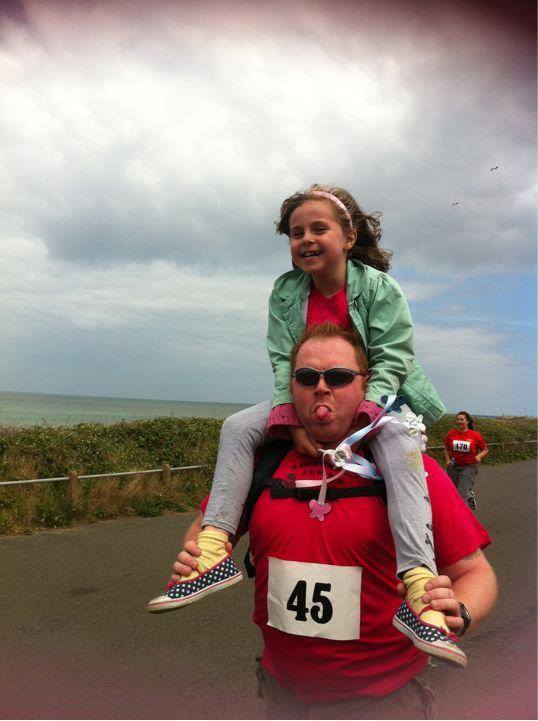 Chloe’s cancer  spread to her lung  meaning she had to endure nine months of chemotherapy and nine sessions of radiotherapy, Happily, Chloe has now been in remission for nine years.

Following the family’s experience Tracy created the website which has sections for adults and children with hospital information, cancer facts, diet suggestions and more.

Wayne aims to raise £5,000 to pay for someone to help the organisation gain its charity number, update the website and advertise for more volunteer drivers.

His challenge, along with two friends from E Flow Cycles near Herne who are raising money for the Gaslighting charity, will take place over six days with four of those dedicated to the ride.

The trio will travel to Whitehaven on September 28 and then set off the next morning for the first leg of the ride. They will complete 40-miles off-road each day, reverting to the longer but less challenging Sustrans path if weather makes any part of their route impassable.

Wayne, who started off-road biking in a bid to get fit, said: “I’ve been training for the best part of this year, riding to build up the strength in my legs.

“We’ve been to Wales, the New Forest, and have climbed Snowdon and then rode down the other side!

“We will do around 40-miles of off-road riding every day, equivalent to climbing Snowdon one-and-a-half times a day in height. It will be four days riding to reach Newcastle and then we will stay the night before travelling home.”

To sponsor Wayne go to his gofundme page here

Find out more about KiddieCancerinfo.com here