An artist from Russia, now living in Broadstairs, has been elected as a member of The Royal Society of Miniature Painters, Sculptors & Gravers and awarded for the best work presented at the RMS exhibition.

Lana Arkhi, who was born in Volgograd – formerly known as Stalingrad – received her award at the Mall Galleries on Thursday (September 21).

In 1987 Lana graduated from Vladimir Art College, where she specialised in painting large murals in various cities across the former USSR, She then moved to Moscow to expand her creativity. 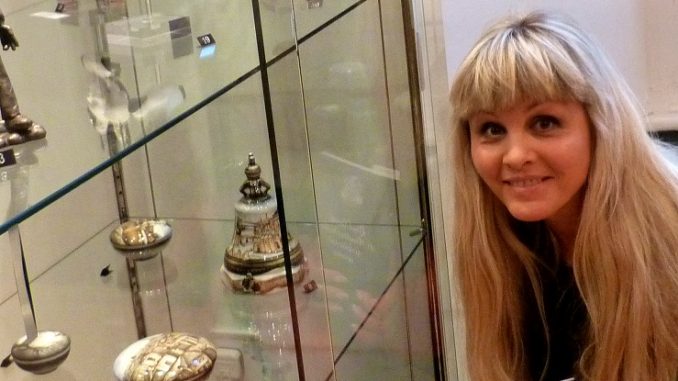 In 1989, during Perestroika (the major reformation of Russia since the revolution), she started working and concentrating on ceramic art, painting and producing traditional Russian porcelain called “Gzhel”. During that period in 1991, she also graduated from the Moscow University of Lenin, where she had been studying both arts and crafts.  At that time working with ceramics provided the best opportunities for exhibiting her talent and creativity. 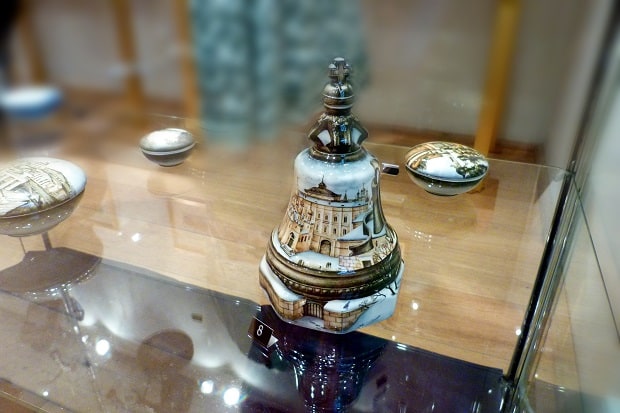 During 1994 to 2000 she worked in the studio of Lyudmila Azarova, a  renowned Russian ceramic artist and sculptor. That led to opening her own porcelain studio in 2000, where she created her ﬁrst big porcelain collection, called “The City”.

Recently she has been able to devote her time to being a full-time artist creating watercolour paintings and porcelain. In 2012 she moved to England and nowlives in Broadstairs. Many of her works have been sold to private collections across the world, including the UK, Russia, Australia, the USA, Canada, Norway, Sweden, Israel, France, Germany, Austria and Ireland. 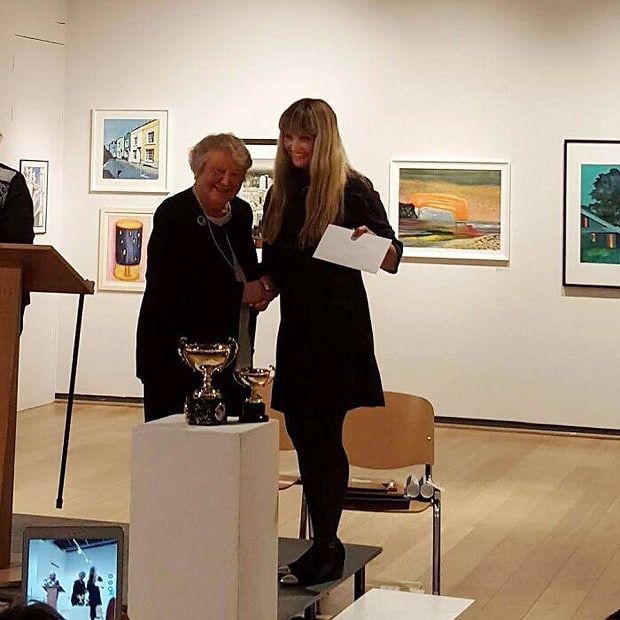 Lana said: “The award ceremony was held in a very friendly and positive atmosphere. 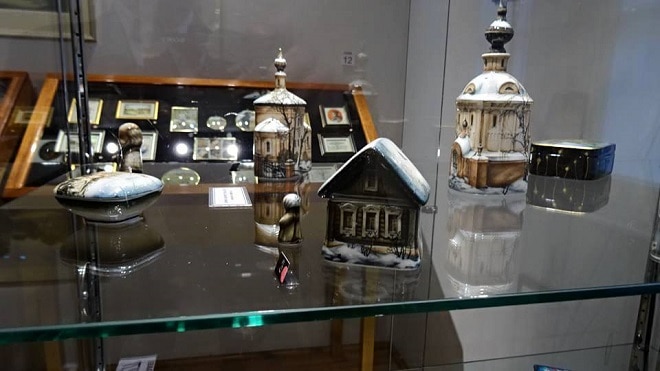 “For me, the award was a big surprise. I had been just elected a member of the Royal Miniature society and did not expect that I would get the award as well. When I came for the opening I also discovered three red dots on my items, meaning they were sold.

“The President of the Royal Miniature Society Rosalind Pierson said that this year there was a record number of sales and a lot of visitors, showing an increased interest in miniature painting.”