Craig Mackinlay, since when did mob rule override the rule of law?

Rarely has a crowd demanding the destruction of something ever been a good thing. The mob baying for blood when they demanded Pontius Pilate execute a peaceful teacher (Jesus of Nazareth) or the lynching of Jesse Washington in 1916.

Those deaths might have been the “will of the people” but it did not make them right.

One can only think that, in history, Craig Mackinlay would have been in support of the murderous crowds. It was “the will of the people” and apparently that trumps everything these days.

Craig Mackinlay says: “Since the British people voted to the leave the European Union earlier this year, there have been an increasing amount of attempts by Remainers to overrule the will of the British people.

“I have always been clear. The referendum result must be respected.”

So which is it, Craig? Which do you say must be upheld? The will of the people or the referendum result. You cannot have both.

‘The will of the people is impossible, Craig Mackinlay’

If “the will of the people” is to be met then we must simultaneously have a hard Brexit, soft Brexit, medium-rare Brexit, and no-Brexit; we must both leave and stay in the single market. Whatever kind of Brexit we have – and it looks like we will have the most destructive one possible – only a tiny minority of the British people will have seen their will implemented.

An MP’s job is not to carry out the dictates of a single opinion poll but to balance all options and needs of the entire country and act for the common good. Maybe Craig Mackinlay has forgotten this.

Equating respecting the referendum result with implementing it without regard for the consequences is mob rule by another name. Justice in this country is founded solely on the rule of law – the series of checks and balances to stop abuse of power. It is supposed to take precedence over “the will of the people”.

Rule of law means that one part of the populace cannot abuse another just because it suits them. We call that bullying and, as Matthew Munson rightly points out, bullying is always wrong.

‘The will of the people is not everything’

The will of the people is not set in stone. That’s why we have regular elections – people change their minds.

Sometimes, people change their minds moments after voting. On the issue of Brexit, the people have changed their minds repeatedly. Trends indicate that more people favour staying than leaving.

Which people is Craig Mackinlay supporting the will of?

Whoever it is, it can hardly be said to be the majority. The chances are that only a very small group will be able to say that the result was their “will”. For most of us, the deal is going to be rough. 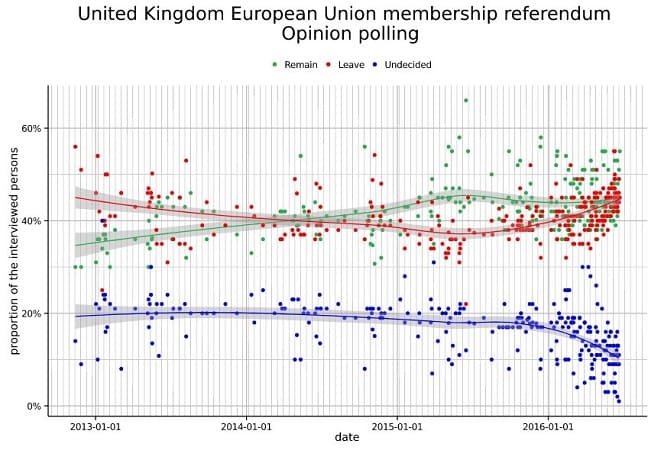 ‘Advice is not an order, Craig’

This is why blindly implementing advice is not a good idea. Instead, common sense should apply. If Craig Mackinlay and his Conservative friends still respected the rule of law then they would respect the totality of the referendum. Instead, they are choosing to ignore the part where the referendum was to advise Parliament.

I do not know about you, but when someone offers me advice – even good advice – I do not treat it like an order. Like any sane person, think about it first. Which is what Craig Mackinlay and Sir Roger Gale should have advised Theresa May to do.

As the old adage says: act in haste, repent at leisure.

And repent we will. While Mackinlay says that his ambitions for Thanet have regeneration at heart, with Brexit steadily devaluing the pound the only thing he and his party are giving us is poverty in spade loads. In that regard, it is hard to tell the conservatives apart from UKIP.

Mackinlay’s claims that Brexit is “too important to play politics with” seems deeply and totally undermined by the many ways in which people’s lives are being used as bargaining cards in the game of Brexit. Either Brexit is a politics game or it is not – so which is it?

What kind of Brexit did you vote for?

Brexit might have been the advice of the people on polling day. Even so, few voted for “burn it all down” and leave without a deal.

Some of us voted for more money for the NHS. So far Brexit has given us less money and fewer nurses. I did not vote for that.

Some of us voted to “take back control” of our own destiny. So far all that has happened is that we have handed absolute power to a select few elites with zero understanding of what our lives are really like. I did not vote for that.

Some of us voted for greater freedoms. With the devastation of the pound (and the resultant drop in our spending power), we have fewer options. Families have a harder time making ends meet. Shops have higher prices. More families need food banks than ever before so that some food banks are taxed beyond their means. I certainly did not vote for that.

Some of us voted for greater political power. We got a total disregard for our best interests in favour of the fashion of the moment. I did not vote for that.

What did you vote for?  I am pretty sure that this mess was not it.