This is Darren’s and Ross’s second joint exhibition at the Pie Factory Gallery following their successful exhibition titled ‘Sand, Sea and Light’ in September 2016.

In and Out the Sea brings together the two artists using the same subject matter from very different approaches, perspectives and disciplines.

Darren is out of the sea, using traditional methods in oil paint to capture the changing light, mood, colour and atmosphere of the surrounding coastlines of Thanet.  Having lived by the coast for 45 years visual coastlines are ingrained in his make-up. 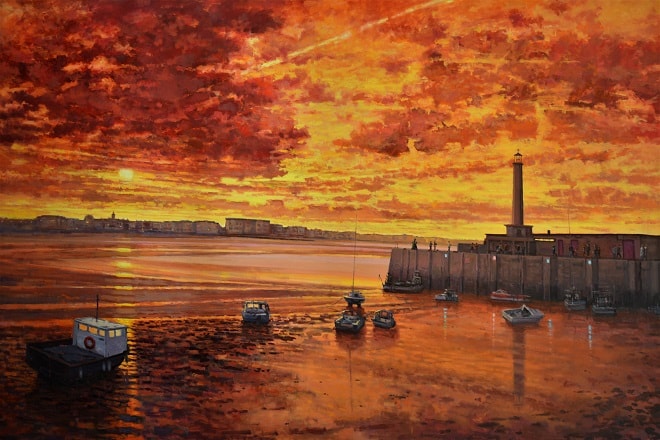 Ross prefers to be immersed in the sea, choosing an unusual photography approach of similar subject matter to Darren.  Ross is an artist who uses the natural environment as his canvas.  He draws monumental configurations in the sand and uses ‘extreme’ photography to push himself physically in capturing the life and power of the sea.  Ross immerses himself in the coast.   His wealth of knowledge, science and years of experience of local coastal surroundings provides a sound basis for his creative endeavours.  In and Out the Sea displays regularly the same chosen locations from very different perspectives.

Darren has had previous paintings featured in three international art magazines; Modern Painters (2000), Paint and Draw (2017, issue 9) and he was the editor’s choice in Leisure Painter (March 2017).  Darren has also featured on the front cover of Margate Mercury and in Kent Life and Isle magazines. 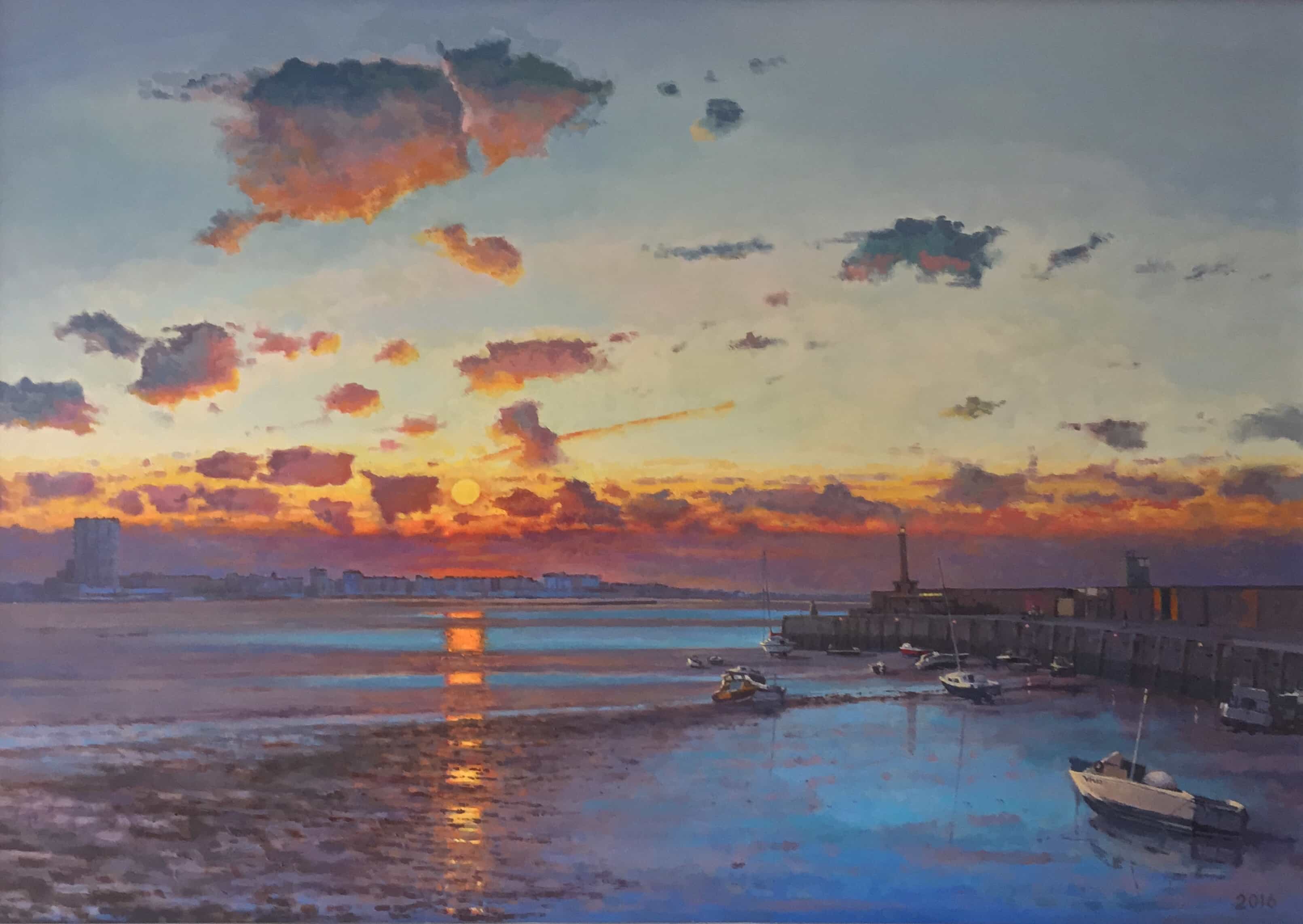 The painter, from Margate, exhibits traditional oil paintings capturing the varied light and atmosphere of Margate Harbour and the surrounding coastlines.  He uses strong colour to emphasise the beauty of his chosen locations of the coast.  Living in Margate, he paints the things he sees around him, the things he knows well and is comfortable with.

Having grown up on the coast, Ross has always been passionate about the sea. He captures the waves in full force and offers a new view of them, unfamiliar to and unseen by many. He endeavours to bring his wave photography and its surroundings together. 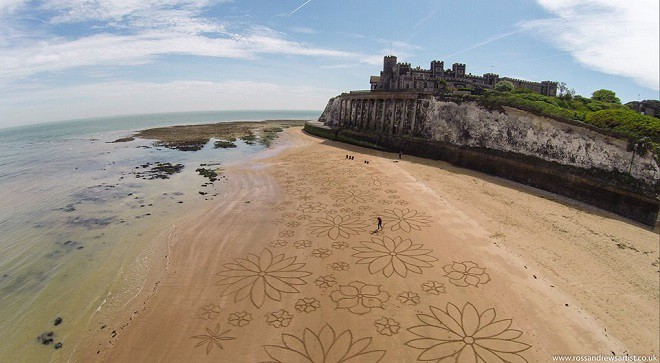 This is also seen in his sand art. Ross uses the natural environment as his canvas which means that he is working with but often against the elements. As he is unable to see what he is drawing, due to the scale and close proximity, he hopes that what he has visualised appears across the very large canvas he is using.

In and Out The Sea runs from September 22– October 3