The first meeting of the Thanet Over Fifties Forum (or “TOFFs” for short) took place on Monday (September 18), in front of a packed audience at the Custom House in Ramsgate.

The Forum, which is part of the Big Lottery funded Thanet Community Support Partnership, was founded earlier this year, with the aim of raising the voice of older people across Thanet on issues of local and national importance which affect the quality of lives of those living on the Isle. 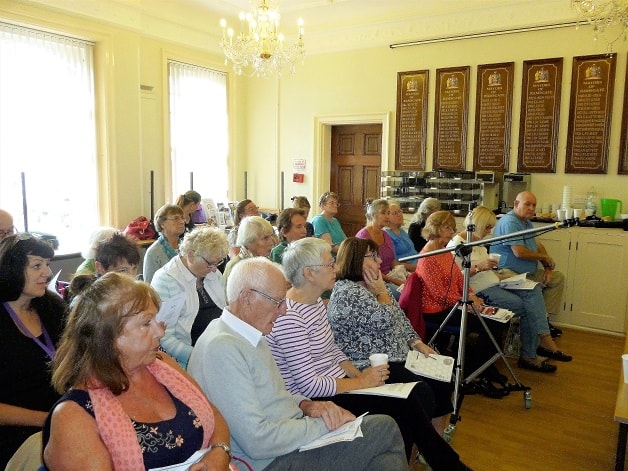 There were also representatives from the National Pensioners Convention (NPC) – the nation’s principal organisation representing pensioners – including John Lean (from the South East region of the NPC), and keynote speaker Dot Gibson, the NPC’s Assistant General Secretary, who captivated the audience throughout her talk on “the Crisis in Social Care and what we can do about it” – which provided fertile ground for discussion during the question and answer session that then followed. 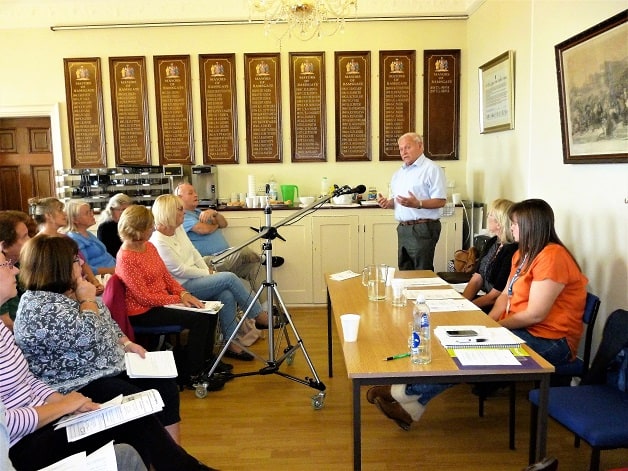 Project Co-ordinator Chris Scutt said: “It was really very invigorating to see so many people attend the first ever meeting of the Thanet Over Fifties Forum, and equally for everyone present to be so engaged right from the start.  It had the feeling of a forum in the truest sense of the word, with several opportunities for open discussion, but there was a very warm and friendly atmosphere, too.”

For those who missed the meeting, TOFFs have teamed up with Kaspaar Radio, run by Roger Allen, who was on hand to record it, which will be made available online soon, at www.thanetcommunitysupport.org.uk, in both audio and written formats.

Next up for TOFFs is the second Forum meeting on Tuesday, November 14, 10.30am, at the Margate Baptist Church, with guest speakers from Women Against State Pension Inequality (WASPI), and Citizens’ Rights for Older People (CROP).

If you would like to find out more about TOFFs, and become a member (which is free – and entitles you to six informative newsletters a year, on everything from scam awareness to local events), please email TOFFs@thanetvolunteerbureau.co.uk or call 01843 609337.