Contests between these old rivals are often close but in the latest match Wanderers hit top form to hand out an eleven try trouncing to their opponents.

Training had gone well on Thursday and there was a real purpose in Wanderers approach as they ran on in the new season’s traditional shirts. After just three minutes  fluent handling between Brett Scott and Phil Kemp sent Stuart Plumridge away for the first try. Zac Ward added the extras for 7-0. Two minutes later Ward was again converting a Plumridge try after gathering his own chip and passing inside to Thanet’s centre.

The home defence now held firm until the seventeenth minute when more slick handling ended with left wing Kemp finding space down the right wing to make it 21-0. Sheppey  mounted their first strong attack and despite good defence with big tackles from Captain Scott and his predecessor the returning David Lemon the hosts touched down just right of the posts for a deserved try and the conversion made it 21-7. 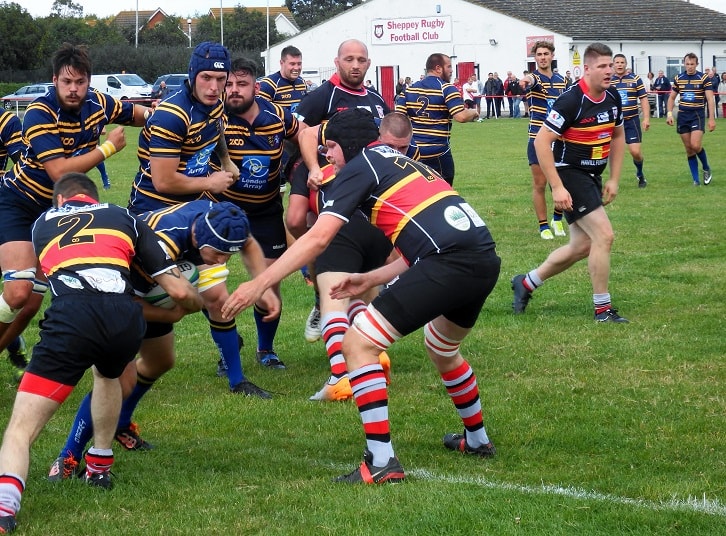 Kieran Wright carried strongly as Thanet continued to threaten and it was no surprise when Ward claimed the fourth try. Loose head Danny Clement initiated the move before tight-head Joe Carlier and Nick Herbert combined to put the number ten away and claim the try bonus point. Two quick tries in the dying minutes of the half set the seal on a superb first half for Wanderers. First Kemp, who has looked very sharp since his recall to the first XV, raced in down his own left wing for his double before full back Isaac Roe side-stepped his way through the home defence for Thanet’s sixth try. Ward converted five out of the six making the half time score 40-7.

Lemon took a break at the start of second half being replaced by Arek. Powerful Thanet defence with big tackles from Herbert and Wright sparked a Thanet attack which seemed to end with a try for Thanet’s Chairman Clement. but this was ruled out for crossing. A minute later after good work by the pack on the left the ball reached Roe in centre-field who dotted down near the posts for his double. 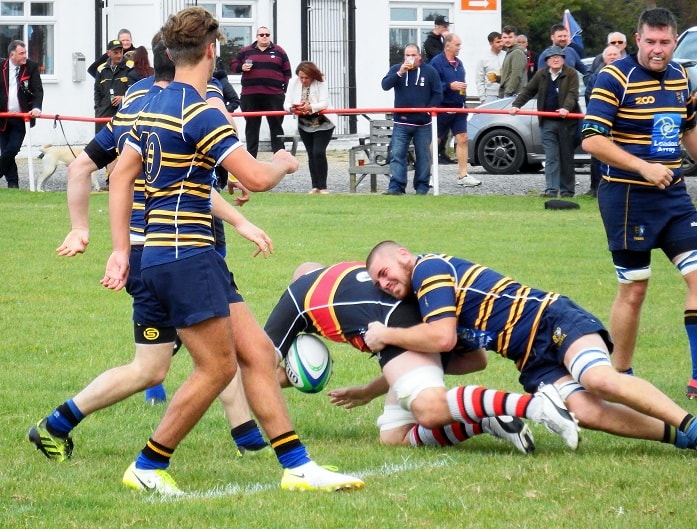 Again the hosts came back hard with a sustained attack that tested Wanderers with Scott and Andy Letts marshalling the defence near to the line. Eventually Sheppey were penalised for not releasing and a good pick up and dash down the touch line by Henry Mirams followed by another marvellous Ward conversion brought it to 54-7.

Peter Macaulay came on for Kemp and although his first touch was a heavy one, like the seasoned campaigner he is, he played to the whistle to open his season’s try account. Danny Clement put in a particularly good shift today against the home front row which included a recent premiership player. He now took a break to be replaced by Jay Sanford who had a good final quarter.

Warren Riddell-Broomfield had a stormer in the back row today and scored when he was on hand to take Plumridge’s off load as the centre was tackled . The final try went to Herbert who scored an opportunist try winning the race to touch down against Sheppey’s man of the match Jamie Marzetti. Ward landed his tenth conversion from eleven attempts to set the seal on a great afternoon for the Wanderer. Coach Gary Hingley felt successful set plays, improved decision making and good set pieces were the foundation of the performance with hooker Neil Wakefield in great form today in a pack that provided a continual supply of good ball for the backs. 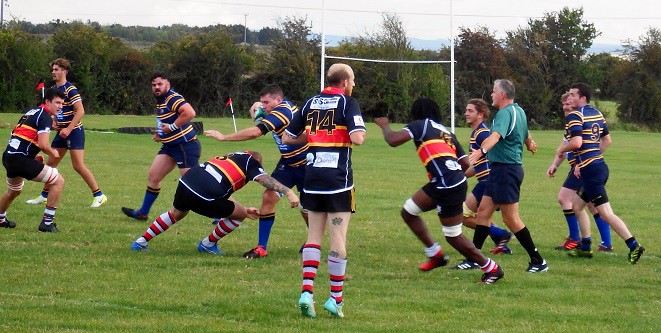 Despite the big victory margin a good defence played an important part and Callum Doody’s strength in that area was again outstanding. All eighteen were candidates for Man of the match with strong claims from the University bound Ward, Mirams and Doody whose proficiency in the game’s skills is a credit to their coaches when junior Wanderers. Roe and Wright also shone but Coach Gary Hingley’s Man of the Match was Stuart Plumridge who was immense in defence besides scoring two tries  and assisting with others.