Thanet council has seen a massive £91,730 rise in income from the isle’s car parks during this year’s tourist season compared to last year.

For the same period this year the figure was £928,305 – and this could rise if more ‘Ringo’ parking fees need accounting for.

During his leader’s report at a meeting of full council this month Cllr Wells said: “In spite of the gloom merchant’s predictions, car parking income between 1 April and 31 August was £92,000 up on the same period last year and more than 1,120 resident parking permits for the high peak car parks have been issued.”

The additional income follows a rise in parking charges brought into force in April. The hike resulted in some charges rising from £1.60 for the first hour’s parking to a whopping £4. 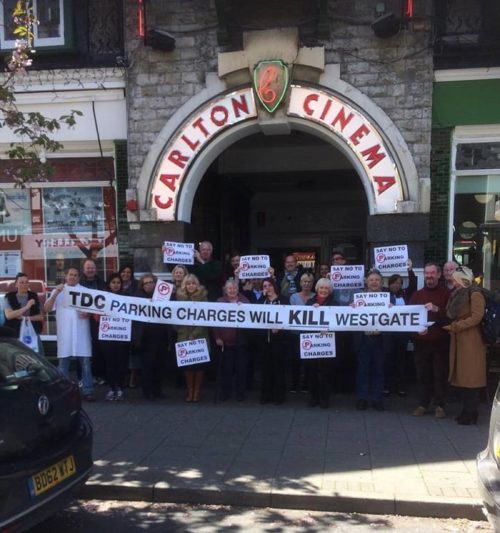 The new fees caused an outcry with businesses saying the prices would drive away tourists. A petition was raised by Broadstairs resident Roy Irving which gained 829 signatures.

The petition stated: “We the undersigned petition the Council to: We want Thanet District Council to reconsider their increase in parking charges for 2017. Especially in relation to the increase in off street car park charges.

“Thanet relies on tourism and visitors and the excessive price increases will have a detrimental effect on visitor numbers. The increase for the first hour of parking from £1.60 to £4.00 is not justified and as well as deterring visitors it may also stop people shopping locally where the car parks are in town centres. Thanet needs to encourage tourism and these new charges can only have a negative effect.”

The hike to £4 for the first hour’s parking affected five seasonal car parks, with the higher rate in place from 1 April – 31 October, and one all year around car park.

In response Thanet District Council approved proposals for a new resident-only parking scheme at those seasonal car parks – although many said this did not tackle the issue of tourism being driven away.

A previous parking option put forward by councillors at the scrutiny committee to reduce resident parking to either £2 or £2,50 per hour was scrapped in favour of the permit scheme.

Annual figures for the 2016/2017 financial year are yet to be published.