There were many amazing performances and personal bests from the runners of this year’s Kent Coastal Marathon and Half Marathon sponsored by County Solicitors.  The event, held on Sunday (September 4) and organised by Thanet Roadrunners AC, had just under 550 runners take part with 369 finishers in the half marathon and 170 finishers in the marathon.

There was a broad spectrum of runners with an age range from 17 to 75.  The races also saw runners travelling from as far as Australia and New Zealand and Russia to run the races.

Both marathon and half marathon races took in the picturesque coastline of Thanet taking in the coastal towns of Margate, Broadstairs and Ramsgate under warm conditions but with a regular coastal breeze 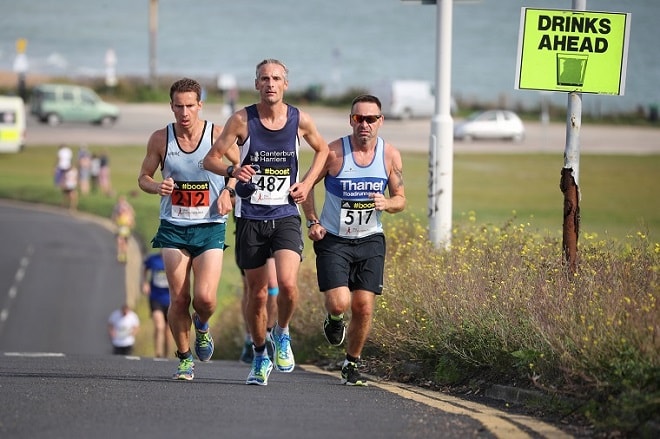 Showing the mixture of participants taking part, there were athletes running their first marathon/half marathon, charity runners and experienced runners from the 100 Marathon Club.  Two Thanet Roadrunners, Peter Gough and John Hunt did their very best to make things even trickier by running the route twice, the very first in the early hours of the morning.

The marathon had 170 finishers. Steve-John Benjamin claimed the top spot in (2.49.10), with Colin Tricker of Paddock Wood AC getting the better of Orpington’s Steve Nimmo in the race for second, coming in at (2.51.56).  Sharon Barnett of Maidstone Harrier won the Ladies race in (3.30.10) followed by Nicola Morris of Tunbridge Wells Harriers in (3.36.26).  Sarah Maguire of Canterbury Harriers came third in (3.39.36). 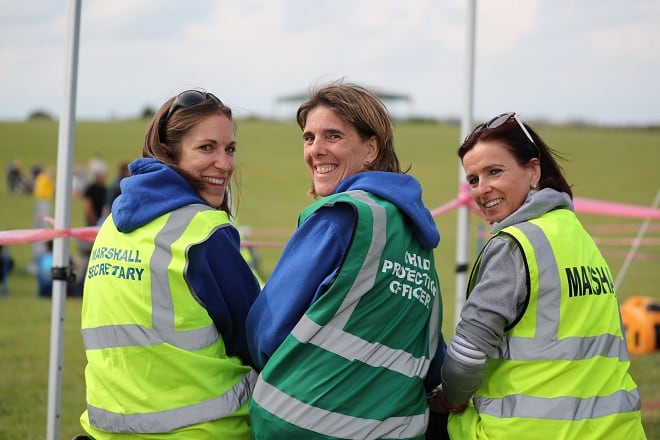 Although a huge number of Thanet Roadrunners helped stage the race, 80 in fact, 15 club members donned their racing shoes – Andy Stevens (1.26.39) led the team home in sevenths in the half. Bradley Cameron, who recently became an Iron Man triathlete clocked an excellent 3.04.08  to finish 6th overall in the marathon.

There were a lot of people running to raise money and awareness for various charities, and as with all Thanet Roadrunner AC races, part of the entry fee was given to this year’s official charity, the Kent, Sussex and Surrey Air Ambulance.

Jon Holl, race director, said, ‘The County Solicitors Kent Coastal Marathon & Half Marathon is a huge event for the club and involves huge support from the sponsors, club members and supporting organisations. What makes it a special marathon is the fantastic scenery and the near legendary support of the marshals and spectators.

“The marshals are all club runners and residents and care that the race works like clockwork that the runners get the support they need and the spectators enjoy themselves.

“We hope to see as many of the runners again next year, but don’t forget our next race – entries are open for the Miles and Barr Alan Green Memorial 10 Mile Race on 3rd December 2017.”