Nearly 100 people from all religious denominations, or none, joined together for a community picnic on Hawley Square on Sunday.

Organisers ward councillor Iris Johnston and Raushan Ara, Labour’s South Thanet Parliamentary candidate for the recent general election, decided to hold the event to bring together all those who believe in our community.

Several churches and the Margate mosque were represented as well as nearby residents. 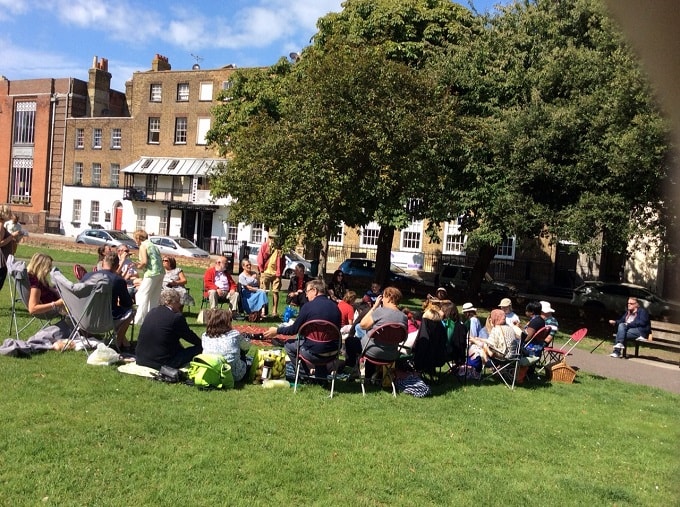 Raushan said after the event: “We were blessed with glorious weather and many people brought extra food to share. We would like to do it again and have other projects already in train to show we believe in Thanet.”

Iris added: “Special thanks to Raushan for bringing some amazing curry dishes and Ted Watt-Ruffell from the Baptist Church for getting us much needed chairs . Not all of us up to sitting on the grass these days.” 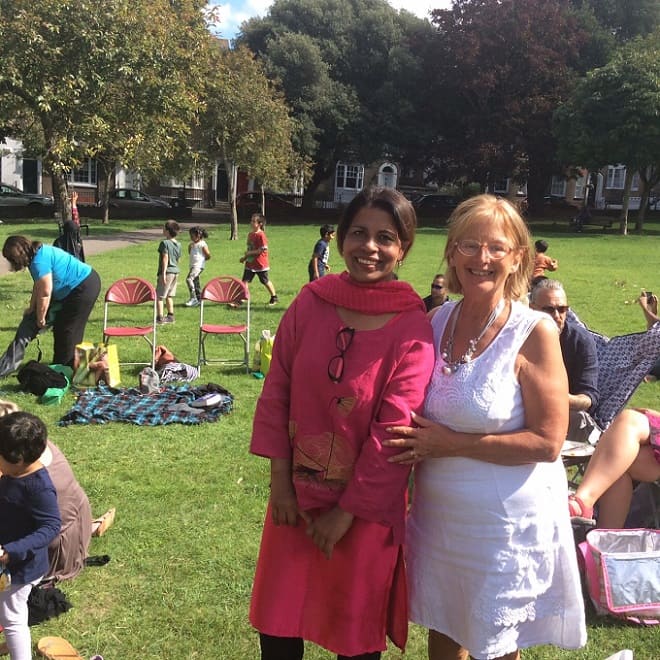 Raushan now plans a Ramsgate Town Centre Clean up on September 7, meeting at the Salvation Army at 10am and finishing back there at noon to share food and conversation.

Iris is continuing with the Greening project in Margate and both would like to see more people join in the community get togethers.