An award-winning illustrator from Margate will be launching a new range of illustrated maps, prints and stationery at a trade show in London.

Alex Foster, 26, creates beautifully crafted and colourful maps of everything from Margate to a UK and Ireland beer trail as well as cards, prints and personalised house, pet and family portraits and images for magazines and books. 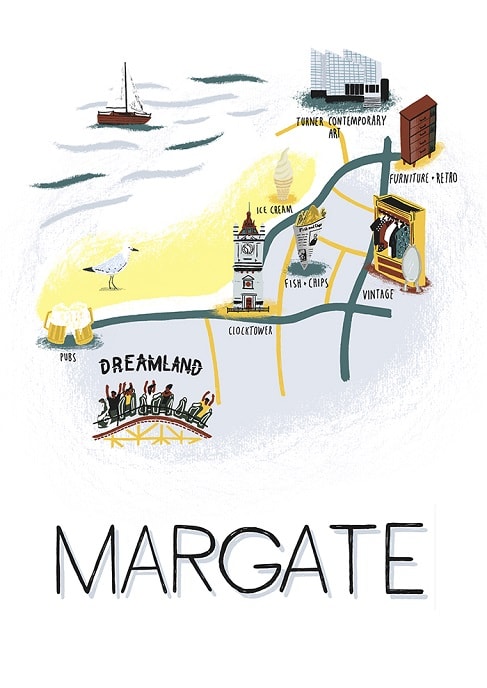 The former Chatham House pupil perfected his skills at the University for the Creative Arts, Canterbury, and then graduated from Middlesex University in 2013 with a First Class degree in Illustration.

Alex had taken on commercial commissions before finishing his university course and in just a few years has scooped the 2015 World Illustration Award and worked for high profile clients including the Roald Dahl Literary Estate; American Express; M&S / Hallmark, Expedia, Anorak Magazine, English Heritage and Airbnb. 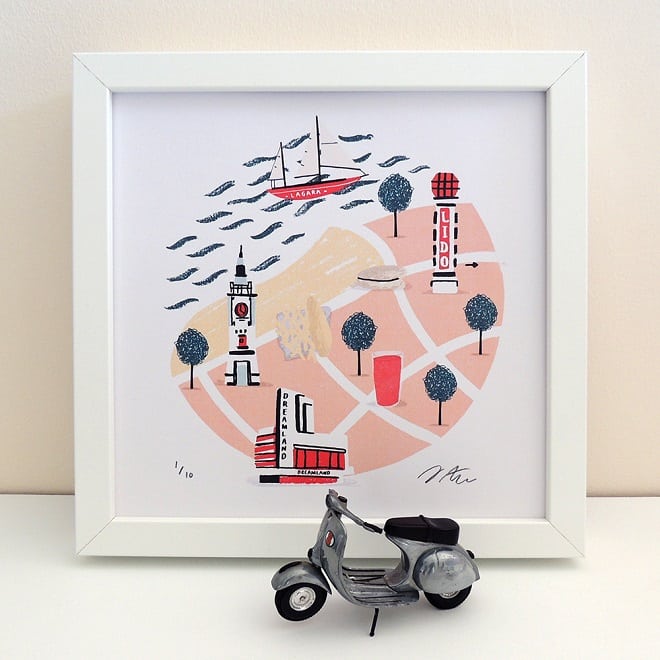 The Top Drawer trade show at Olympia next month will be his first and has been months in preparation.

Alex, whose studio is close to Turner Contemporary, will be displaying his art print and stationery line to an audience of international department stores and small boutique owners.

He said: “It’s my first big trade fair so I have been preparing for quite a long time.

“The plan is to show some new work and get new clients onboard, maybe even big stores like John Lewis.” 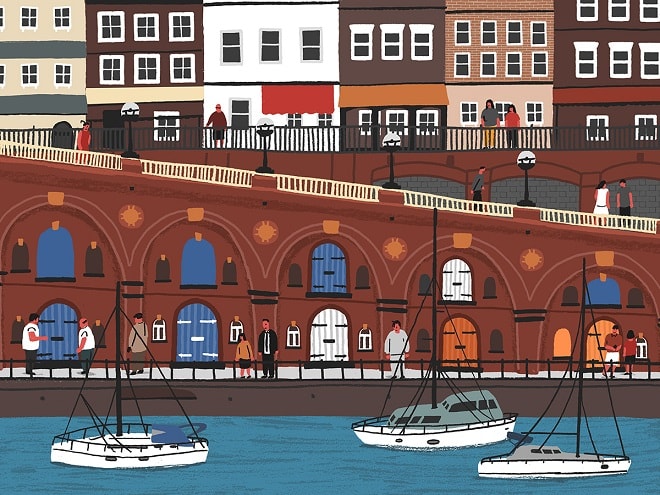 Alex’s personalised prints have been featured in the Guardian Gift Guide, The Independent and on ITV’s This Morning. His Totally Thames map was displayed on the London Underground and all over national rail stations.

His work also hangs in the offices of the Roald Dahl estate in Mayfair.

Alex said: “I did a big chocolate  timeline for the office kitchen and a main illustration that was a history of chocolate based on his most prominent books and characters in a map.

“I also did a personalised map for Orphelia (Dahl) who was retiring from the charity.” 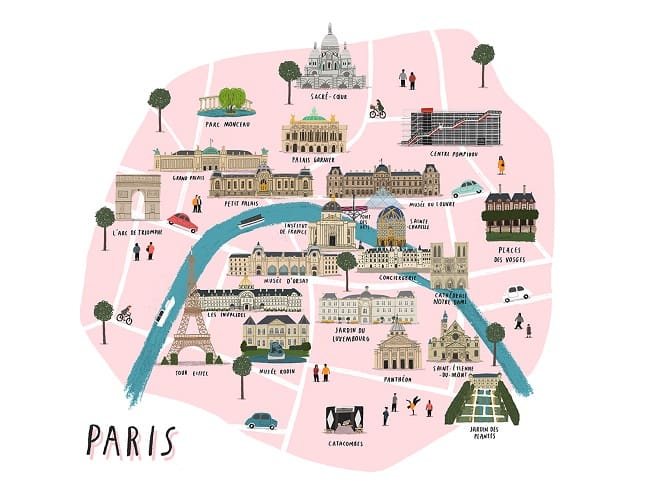 Alex’s interest in illustrations began as a youngster. He said: “ I was into graphic design when I was younger but that was a bit boring. Then I learnt about screen printing and T shirt printing and what you could do to  earn a living from it.”

Alex’s next project involves a craft beer guide around London in the form of maps for an upcoming book from Penguin.

He is also holding an exhibition in Margate where locals can get a preview of his newest works. 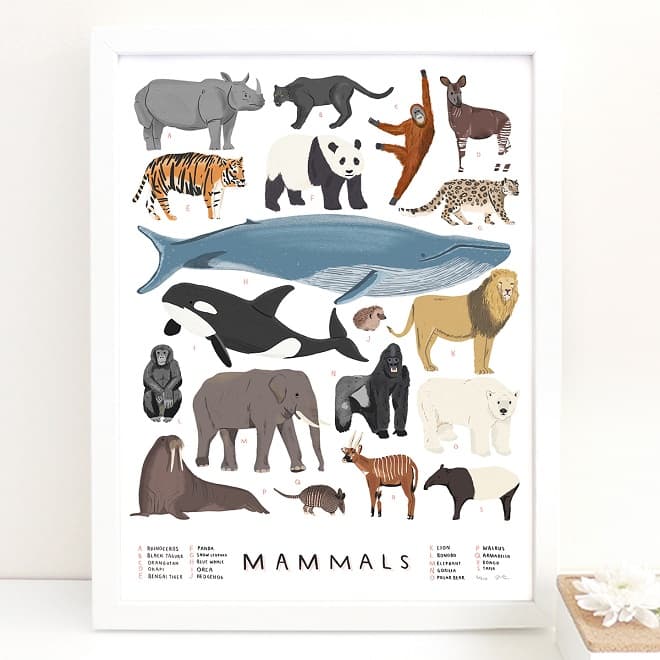 The exhibition will be held at The Bottle Shop, 7-8 Marine Drive, Margate, from August 31- opening at 7pm – until October 28.

Visitors to the AW17 Top Drawer show can find Alex and his work at stand number SP126  between September 10-12 at Olympia London.