A magical world of princesses, fairies and pirates has been created in Margate’s Old Town.

The official opening of Happily Ever Afters parlour in Market Place took place today (August 19) although the doors of the party venue/tea room and mini boutique have been open since August 7. 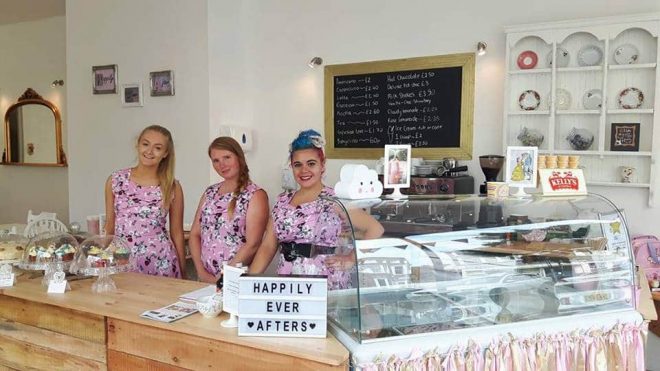 The former Oasis shop has been transformed by dance school owner Heidi Moran (pictured, centre) and her team to include a downstairs enchanted garden party room, dance class area, tea room and even a pirate-themed toilet. 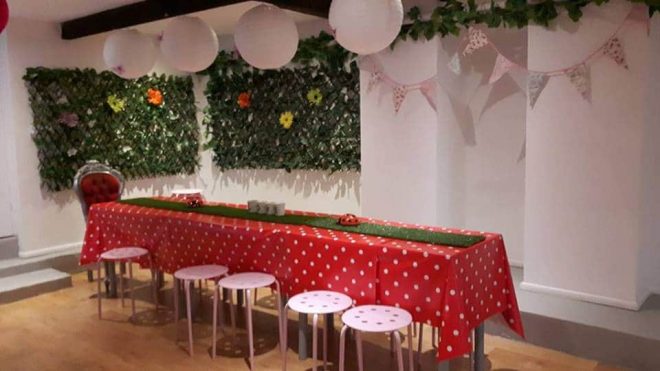 The 32-year-old mum-of-two is no stranger to the world of theatrics, she has been running Zest performing arts academy and the Stage Door theatre company in Ramsgate for more than 10 years and the Happily Ever After Princess Agency, which supplies characters for the Make A Wish foundation, since 2011.

Heidi said: “Originally I had the princess parties company with a small party venue and boutique in Ramsgate High Street. It started when I had a variety show with Stage Door at the Winter Gardens. We had princesses and characters and the show sold out. Afterwards lots of parents were asking if they could book parties. 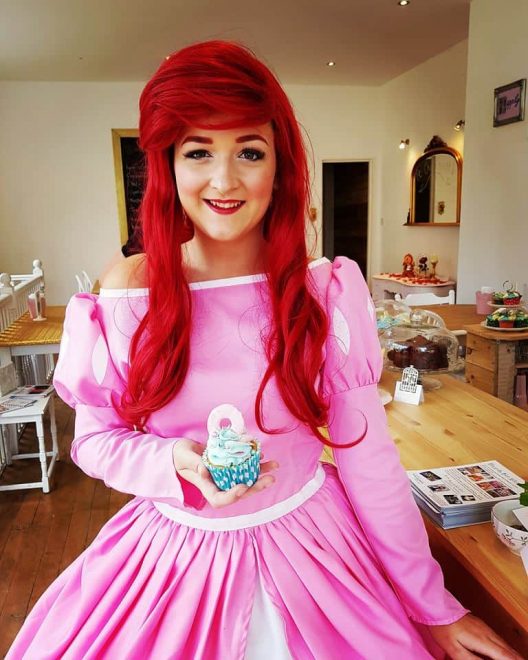 “The costumes we’d used were for the stage but now the average dress we use is £500 so we have gone to the next level. 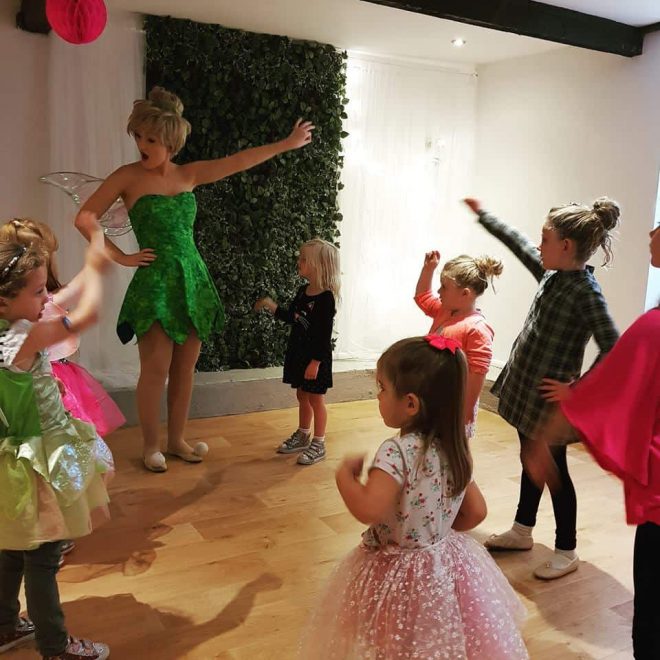 “While I was at the shop in Ramsgate it became obvious I needed an office but that’s so boring! Instead we now have the princesses, the boutique, all the pretty things and I can sit behind the counter and do the admin.”

Happily Ever Afters has five staff, all from Heidi’s performing arts company, who take on roles from princesses to Tinkerbell to make youngsters’ parties magical.

And there is even more on offer from morning activities with Gruffalo hunts and Minion dance fun to afternoon teas and regular workshops.

There is also the pop-up PixieDust hair salon offering packages from a first haircut  through to pamper parties and  a boy’s section. Watch out for announcements of pop-up dates on the Happily Ever Afters’ facebook page. 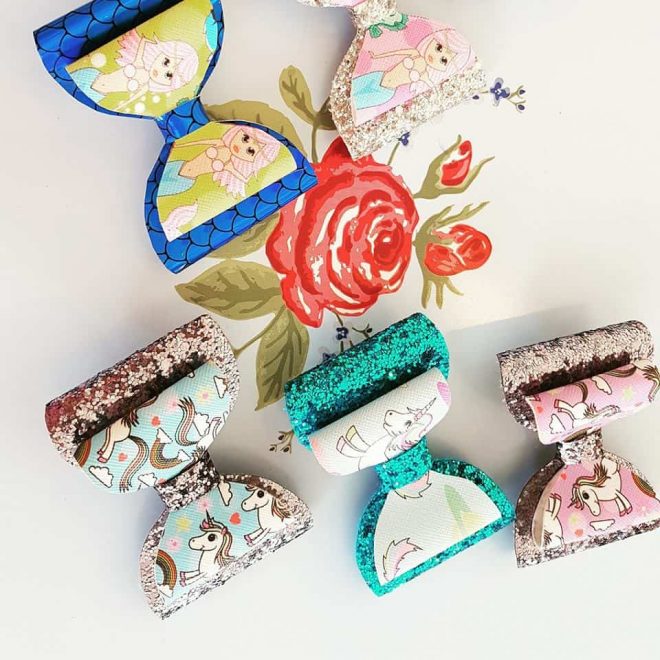 The boutique offers everything from tiaras to tutus and the sweet treat parlour, which has just gained a 5 star hygiene rating, will satisfy any sweet tooth with cakes, cones, ice creams and more. 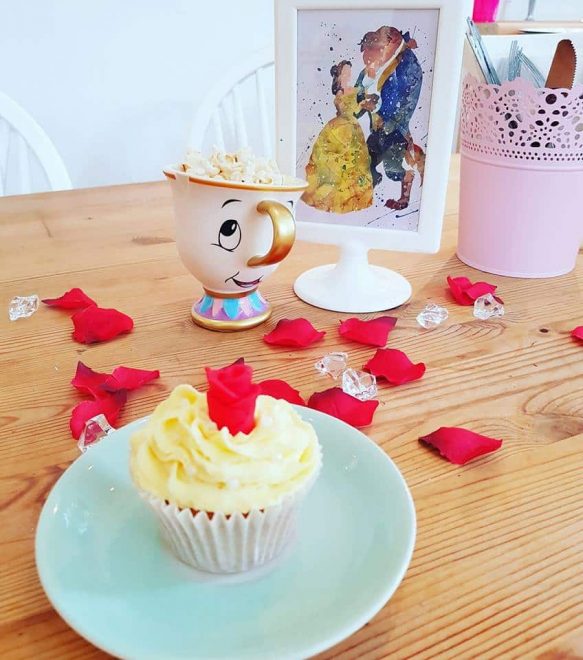 Heidi studied musical theatre at The Brit School in Croydon before a spell at Kent uni on a teaching course. It was while she was at university that she began to teach performing arts and dance with around five pupils. She now looks after more than 200.

The princess company came next. Heidi said: “I needed something to do once the kids started school, and that’s how happily Ever Afters was born.

“Lots of the girls who do my shows also play the princesses, which is ideal as they are used to performing and being confident.” 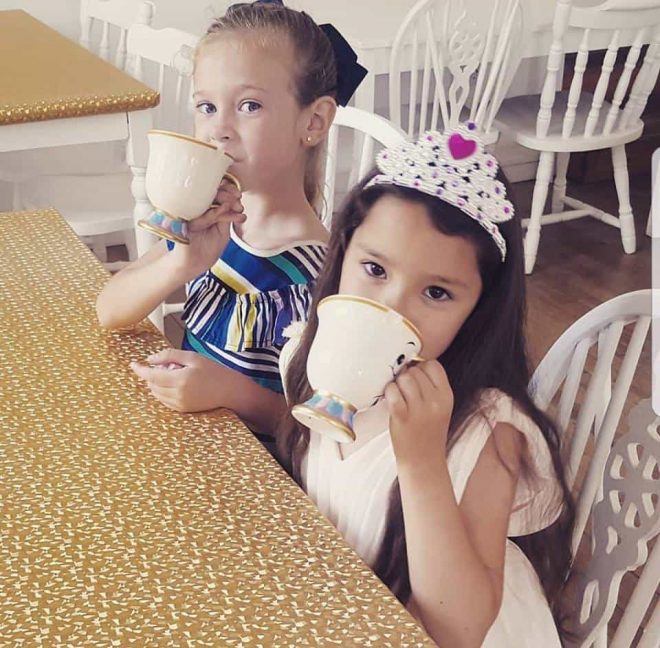 Find out more about Happily Ever Afters by popping in to the venue at 13 Market Place, emailing happilyeverafterbookings@hotmail.com or check out the facebook page here