A Rogue Landlord team will be set up, and six new jobs created at Thanet council, after a successful; bid for government funding.

Vulnerable residents in Thanet, who are most at risk of being exploited by private-sector landlords, will be better protected thanks to £557,000 funding over two years from the Department for Communities and Local Government (DCLG) following the bid by TDC’s housing team.

The bid to the Controlling Migration Fund was the first in the South East to have been approved.

The funding will add a Rogue Landlord and Community Cohesion team to the Margate Task Force.

This team will focus on four specific activities to help improve housing conditions for Thanet’s most vulnerable, particularly those in the migrant community who often find themselves exposed to rogue landlords and poor housing conditions and who, at times, lack the knowledge about how to improve their situation.

The team  will focus on:

Cllr Lin Fairbrass, Deputy Leader and Cabinet Member for Community Services at Thanet District Council, said: “Those born outside of the UK are almost three times more likely to be in the private rental sector than UK-born, leaving them exposed to rogue landlords and poor housing conditions. What’s more, they often lack the knowledge or basic language skills to improve their situation.

“We are delighted to have received funding to set up a ‘Rogue Landlord and Community Cohesion Team’ to improve housing conditions, carry out more enforcement action and inspect all HMOs and flats above shops. We will also provide additional English language support to help migrants engage effectively with the local community. I would like to thank the Thanet District Council’s Housing Team for submitting such an ambitious bid and for being the first area in the South East to be awarded funding.” 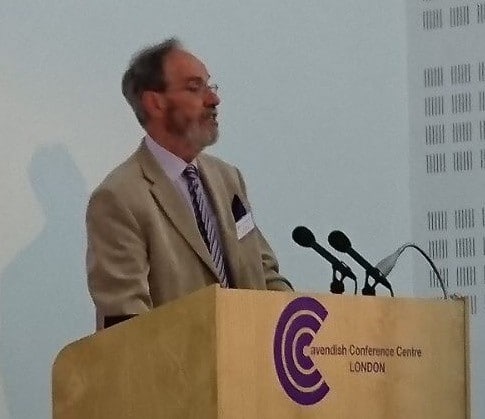 Council leader Chris Wells addressed a conference in London last week to talk about the initiative and tackling to rogue landlord issue.

He said: “Some of Cliftonville is the fourth most deprived community nationally, with over 50% of all complaints about housing conditions coming from an area of around 30 streets and 3,300 dwellings.

“70% of these are in the private rented sector, dominated by large buildings subdivided into small flats and HMOs, with out-of-area portfolio landlords marked by poor standards of property management.

“This explains succinctly the rationale for our Rogue Landlord Initiative, backing up the policy framework intended to improve general conditions in this area.”

Cllr Wells said: “There are real community costs in tolerating areas like this, which present some of the  lowest residential values in Kent; high levels of housing benefit (70% of private rented tenants); constant churn through short term letting policies; more than twice the local level of empty properties, higher than average unemployment and anti-social behaviour complaints; and life expectancy 8 years below the all England average.”

“Anything and everything we can do to eradicate these difficulties will improve life for our communities and their prospects for the future. So, rogue landlords beware, we are on your case and at your doors, today and tomorrow until you clean up your act.”

Read here: There is a housing crisis in Thanet