A luxury cat hotel in Westbrook has been officially opened.

Margate Mayor Robin Edwards and Mayoress Dorothy Collins attended the event at the home of Judith and Chris Andrews in Gresham Avenue.

The custom-built Longcroft Margate hotel in the garden of the couple’s home home has six spacious, individual suites. The five star accommodation offers a thermostatically controlled bedroom leading to a safe garden play area allowing the cats to enjoy an environment that is close to the one they are used to at home. Every detail has been meticulously planned with guest welfare, luxury and hygiene in mind. 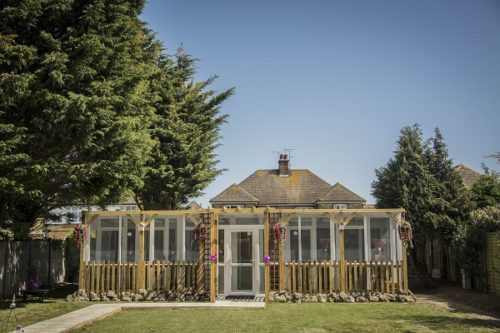 Owners even get photos and updates during their cat’s stay.

It is under a franchise from the Longcroft Cat Hotel business and is the first in Kent.

The pair put in the planning application for the swish cat hotel in December. Since then Chris, who worked in financial services until January this year, has been working all hours to create the roomy hotel and landscape the garden.

The first guests are due to arrive in May and Judith says she has already received some 50 enquiries.

Longcroft Margate is the 13th in the Longcroft Luxury Cat Hotel Group, which was created by Abi Purser.

Ms Purser, who opened the first one in 2010, was also at the opening event. 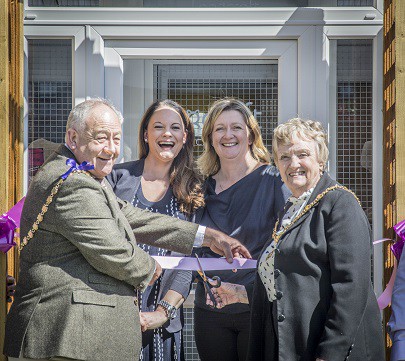 After the ribbon was cut by the mayor and mayoress Ms Purser told guests: “Longcroft started in 2010 when I couldn’t find anywhere for my cat Norman to stay. I didn’t know anything about the cattery industry but I knew it needed a shake up. I started my hotel in Welling Garden City in the June and by the December I had 300 people who wanted me to look after their cats. I only had six rooms so I took the decision to grow the business through franchises and I am really happy to have Judith and Chris on-board.”

Judith said she couldn’t wait to welcome the first guests, adding: “We are delighted to be part of the Longcroft family.”

Find out more about the Longcroft Margate cat hotel here