The restaurant was left as a wooden shell after the blaze, thought to be started by an electrical fault, ripped through it last October.

But owner Ian Mather has  now fully reopened the business. 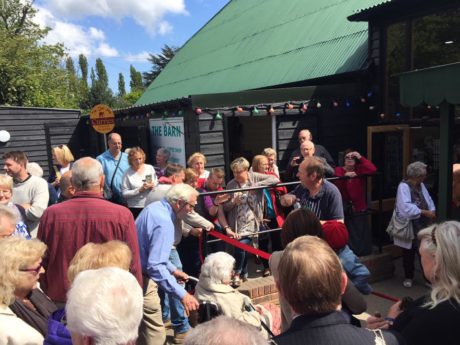 Doing the honours were 104-year-old Fran and two-year-old Sophia.

The opening day featured tea and filter coffee all day.

The official opening was at midday  and tonight there is a barn dance and hog roast, accompanied by music from The Contraband.

The barn has a butchery, deli, wet fish stall, coffee shop and restaurant. The business is known for its use of local produce.  Quex Barn is at the entrance of Quex Park Estate in Birchington.

Find out more at http://quexbarn.com/