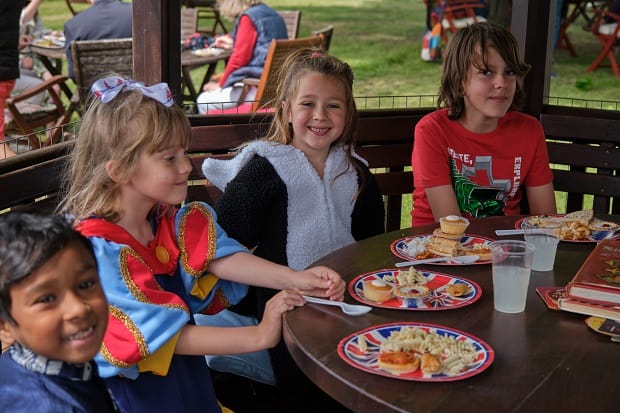 The theme was all things 1950s at a special Jubilee party in Cliffsend – and it was so good it’s happening all over again today (June 12)! 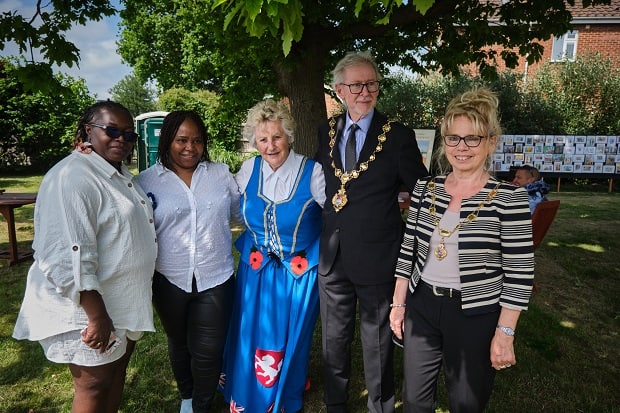 As well as an abundance of food and drinks, there were 50s postcards, a life-size fibre glass model of Marilyn Monroe with her skirt blown upwards from the scene in Some Like It Hot.

There were also fun cut outs and bunting.

Beryl, 82, said the event was open to all neighbours and friends to mark the end of life with covid restrictions.

Other guests included a filmmaker from Hampshire who made a video about the B17 wartime bomber wreck at Sandwich Bay. 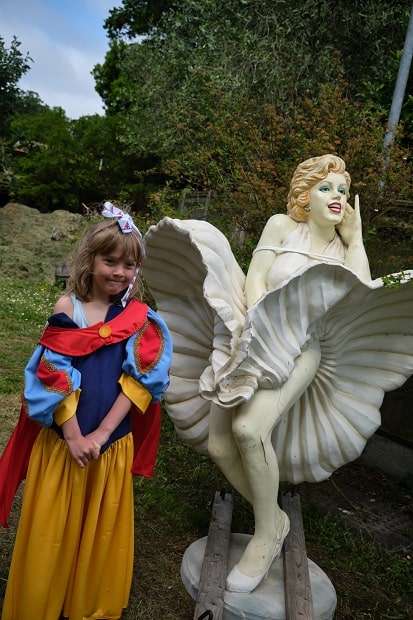 Beryl, who has been a fundraiser for disability causes for some 40 years and a co-founder fundraiser for a disability assessment centre in Canterbury, said: “ It was a very well attended garden party and had the life-size Marilyn Monroe, saucy postcards – if people want to come and have a look they still can.

“Brenda Blethyn came after I went to see her in February. They had her as working but she said she would come to the party and she did. The mayor and mayoress also came.

“I always said when lockdown was over I was going to invite everyone from the road and everyone who has helped me over the last few years as a thank you. I hope they all enjoyed it.” 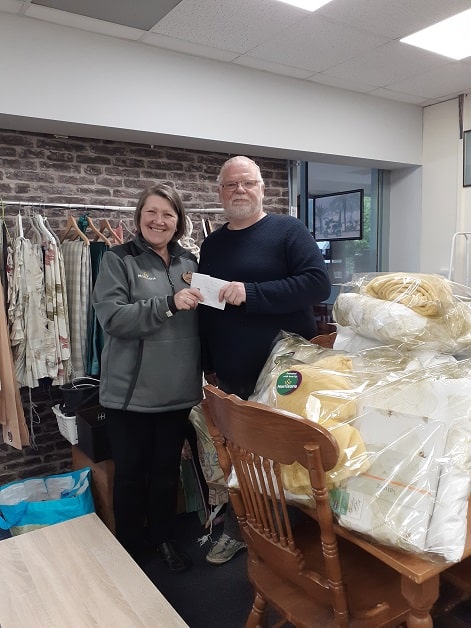 Staff at Morrisons in Margate have been fundraising in their canteen to raise money for the “Off the Floor” campaign being run by Thanet Iceberg Project.

Off The Floor aims to build wooden beds and provide them to every family in Thanet who needs them. 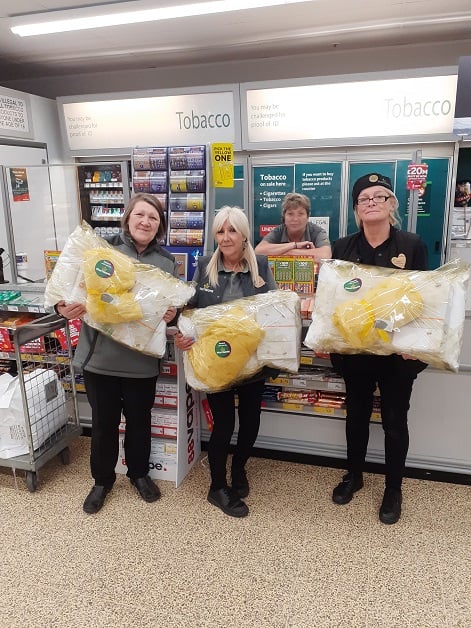 Morrisons Community Champion Lorraine Holden said: “Staff have been incredibly generous and have raised enough to not only supply 3 beds for this amazing campaign but also complete sets of bedding for each child too.  It’s extremely sad to think that there are children in Thanet having to sleep on the floor or top and tailing.  Our staff wanted to make a difference in their community and this project does just that.

The Society’s annual exhibition of prints opens at the York Street Gallery in Ramsgate at 1pm on 15 June and is on until 12 noon on 21 June. It is open every day except Monday.

This is an opportunity for residents and visitors to see the range of images taken by members of the Society. Some prints will be available to purchase.

We look forward to welcoming everyone to the exhibition.

‘Incredible’, ‘wow’, ‘amazing’. Just some of the comments from the lucky people who attended the session at the Boating Pool. It’s the perfect spot to look south across the sea.

On the Moon we saw the Copernicus and Tycho craters, as well as all the landing sites of the Apollo astronauts. There was a lot of interest from primary school children. One told of how St Peter’s school had loaned Moon samples, one of which was placed on the floor for the children to rest their foot on to say that had walked on the Moon!

Another couldn’t wait four years to be able to do GCSE Astronomy at Dane Court School. There were so many people I ran out of Moon fact sheets so I will bring more next time. I plan to bring the telescope for the first quarter phase on a regular monthly basis. The Boating Pool Instagram post seemed to generate a lot of interest. The evening ended with the appearance of the stars Arcturus in the constellation of Boötes (the herdsman) and Spica in Virgo. 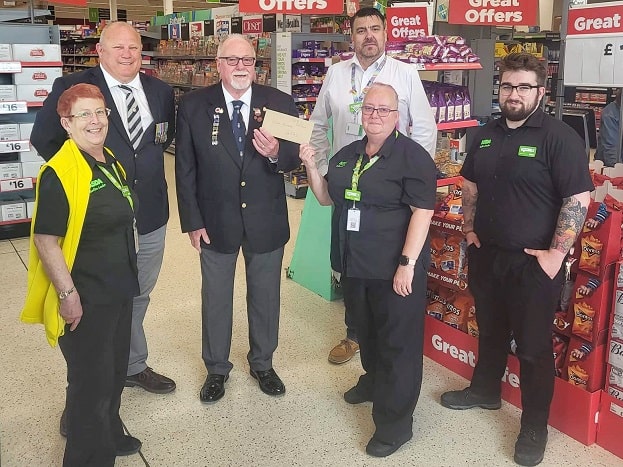 The Ramsgate RBL has received a £175 donation from Asda as part of the store’s fundraising for local groups. 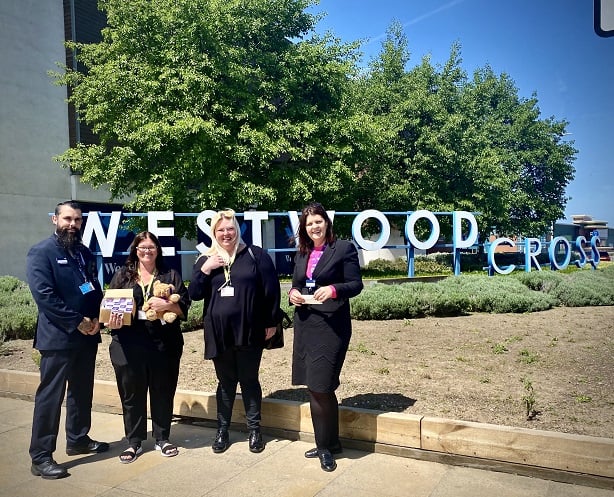 Westwood Cross has donated £500 to Deer Park Care Home, during a cheque presentation ceremony which was held at the Broadstairs-based shopping centre.

The donation marks the end of the care home’s fundraising efforts, with the funding going towards the installation of a defibrillator at the care centre for the benefit of residents, staff, and the local community.

Fran Donovan, Centre Manager at Westwood Cross, said “We are proud to be able to help support this appeal which will not only benefit the care centre, but the local community as well.   We have two defibrillators at our shopping centre and are pleased to be able to contribute towards another piece of this lifesaving equipment.”

Amy Pretty, Manager at Deer Park care home in Broadstairs, said: “We are extremely grateful for the team at Westwood Cross, and the staff at Deer Park for all our fundraising efforts. Due to the immense kindness and generosity shown, we can further our services in care.”

Westwood Cross also presented the care centre with Jubilee-themed chocolates and pin badges for its staff and residents, as well as an official Buckingham Palace Jubilee teddy bear.