What makes us tick as humans has been investigated in depth by children at Upton Juniors in Broadstairs.

The Year 6 term-long exploration into the fascinating working of the body and its various systems culminated in a non-uniform ‘wow day’ that featured a range of activities related to the Born This Way topic. 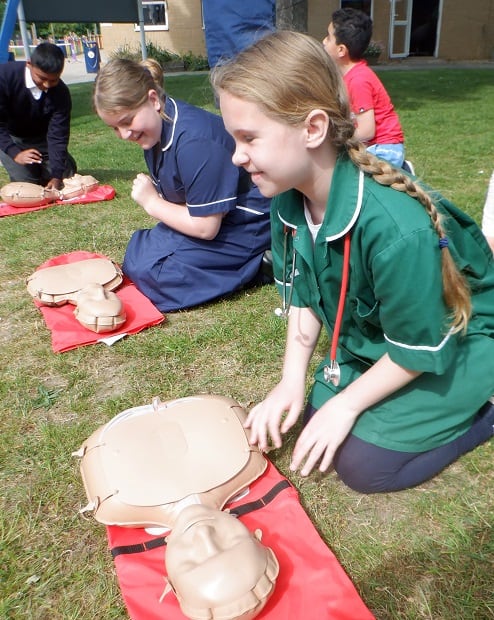 First Aid instructor Andy Webb demonstrated how to perform potentially life-saving CPR skills on a human using a special resuscitation dummy. Pupils also learnt what to do if someone is choking. This session built on strategies the year group has learnt previously in its ‘safety in action’ day. 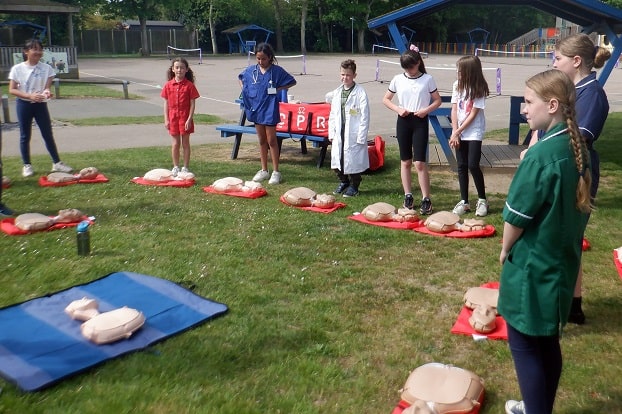 In Science pupils created life-size human bodies, carefully piecing models of bones and organs into a skeleton. They labelled different bodily systems and explained how they function.

Children reflected on bodily senses and used empathy to think about how they would need to adapt if they lost one. They were amazed by videos of people who have adapted to playing sport despite their visual impairments. 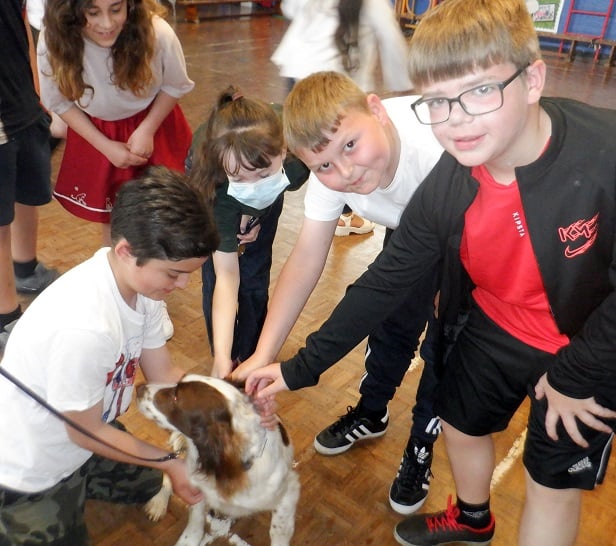 They were specially captivated by the heart-warming film about a young girl called Lacey who, despite being born without arms, is able to draw and colour in pictures, play with building blocks and even tie her own laces. Pupils then tried it for themselves, first drawing with their dominant hand, then their weaker hand, then their mouths and finally their feet. They discovered quickly that it was a lot tougher than Lacey made it look.

Head of Year 6 Athanasia Papa-Adams said: “The children really thought about our core value of resilience and showed great empathy when watching and discussing the video clips. It was extremely thought-provoking and really made an impact on each of them.” 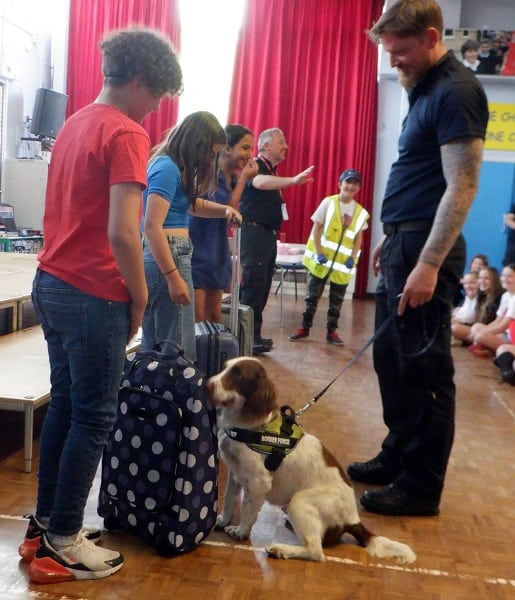 In Art pupils explored creating fluidity in their sketching, gesture drawing with a scribbly style, mannequin drawing and proportion. This led to creating wire sculptures in the style of Alberto Giacometti’s art work.

A visit from Border Force underlined risk factors to the body of taking illegal drugs as well as the way the gangs from cities expand their operations across county lines to smaller towns to distributing illegal drugs. The gangs often use violence to drive out local dealers and exploit children and vulnerable people to sell drugs.

During this presentation girls and boys role-played being recruited to join the police investigation of two young boys suspected of working the county lines. As part of this exercise, a Border Patrol sniffer dog demonstrated its importance in helping officers successfully track down criminals and their illegal trade. 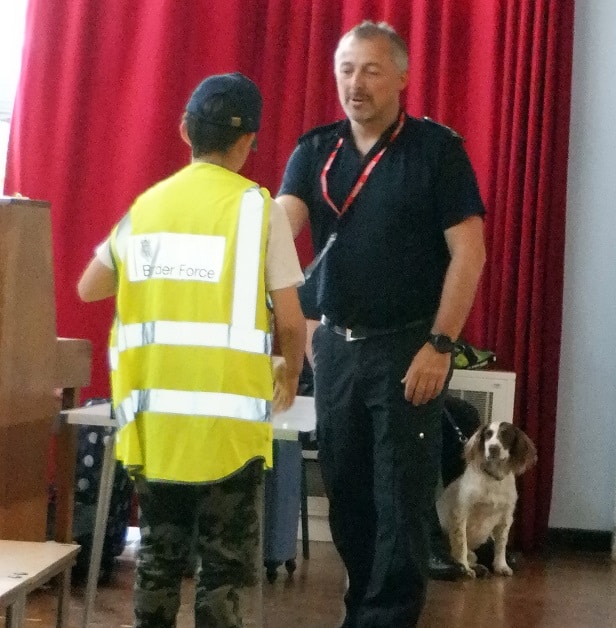 The Year 6 team also embraced drama and music to learn a song in hip-hop style to teach to younger year groups about the body, complete with dance moves they created to illustrate the words.

Deputy Head of School Dave Walker said: “This is an important topic for Year 6 and it encompasses a range of knowledge and life skills that were taught across the curriculum, all tied to one theme. This culminated in an energetic ‘wow day’ that was fun and fascinating for the pupils.”