A 55-year-old man is in custody on suspicion of arson with intent to endanger life following a blaze at flats in Cliftonville last night (May 27), police have confirmed.

Four fire engines, police and paramedics attended the fire in Sandhurst Place, which resulted in residents of the block having to leave their homes.

Kent Police now confirm a man was arrested at the scene. 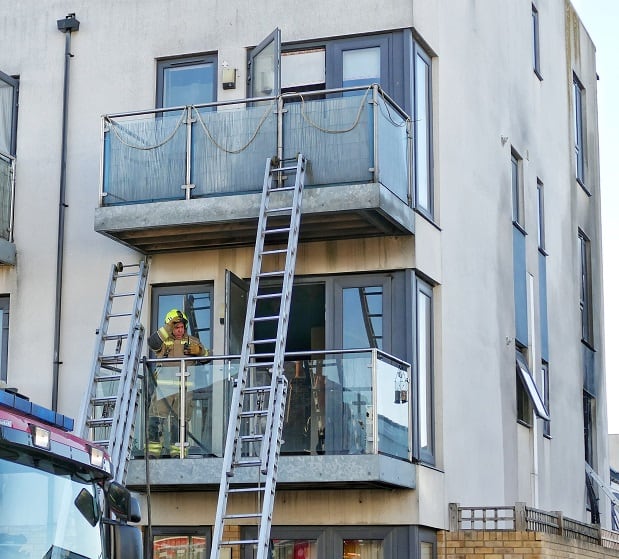 A police spokesperson said: “Kent Police was called to Sandhurst Place in Margate at around 6.20pm on Friday 27 May to assist Kent Fire and Rescue at the scene of a fire in a property.

“A 55-year-old man was arrested on suspicion of arson with intent to endanger life and remains in police custody.

“Officers continue to carry out their enquiries at the scene to establish the full circumstances of the incident. Anyone who witnessed anything suspicious or who has information should call 01843 222289 quoting reference 27-1213.”

Forensic teams are at the site today (May 28).