Young musicians and singers at Upton Junior School in Broadstairs returned to the stage with an impressive show for their first spring concert in two years.

It was a much-anticipated return for the event that was put on hold in 2020 and 2021 due to pandemic restrictions – and all the young performers were determined to make it a night to remember.

There were a variety of styles featured in a packed programme that showcased the talents of the rock band, choir, recorder group, string club, ukulele club, as well as solo and individual group performances. 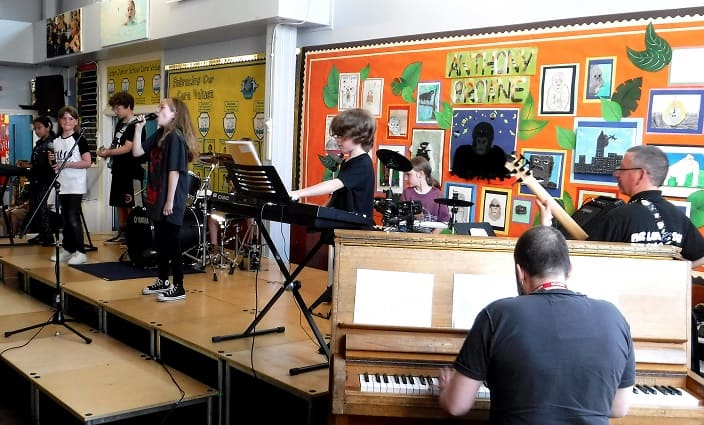 Music teacher Peter Langridge, who thanked staff, helpers and parents for their support, explained: “There was a real buzz of excitement. It was a sold out concert with extra tickets needed to meet demand.

“The children and audience were fired up for the performance because of the absence of live music over the last two years. Given the reaction to the show, it has clearly been missed.

“We finished the evening with everyone joining in with the rock band playing Queen’s We Will Rock You, which was a fitting end to the show.” 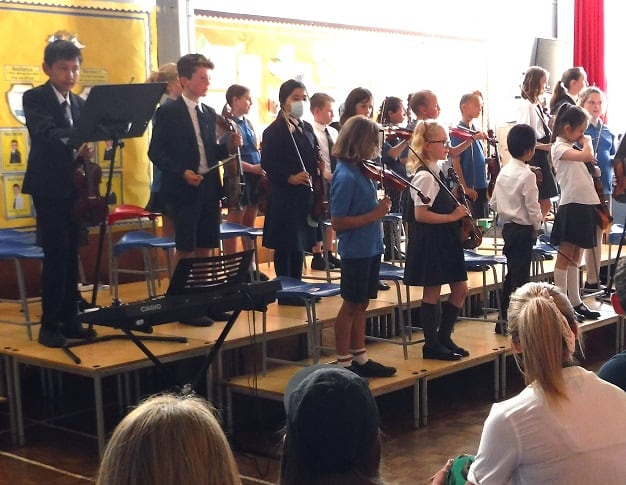 Deputy Head of School Dave Walker said: “This was an amazing show, probably one of our best ever spring concerts. The energy was high and the various performances all sparkled with real quality.

“Music is an important part of life at Upton and we are keen to develop individual and ensemble skills. The diversity of styles that our children produce remains impressive. There was tremendous community spirit at the concert – it was good to be back and raise the roof with a splendid show.”

Meanwhile Upton school choir is preparing for its appearance in concert at the Victoria Gardens bandstand in Broadstairs on Friday, June 17 at 2pm, as part of the town’s annual Dickens Festival.