Councillor Roy Dexter was elected Chairman of the Council for the 2022-2023 civic year at the annual meeting last week.

Cllr Dexter announced his intention to use the term Town Mayor and declared his Mayoress to be Brenda Rogers.

He said: “It is an honour and a pleasure to be appointed Mayor of Broadstairs and St Peter’s.

“Brenda and I are looking forward to promoting and representing the town and raising money for our chosen charities, Pilgrims Hospice and the RSPCA.”

On behalf of the Town Council, Cllr Dexter extended his thanks to the outgoing Mayor, Cllr Paul Moore and Mayoress Cllr Wendy Moore, for their hard work during the period of their mayoralty, 2018-2022. 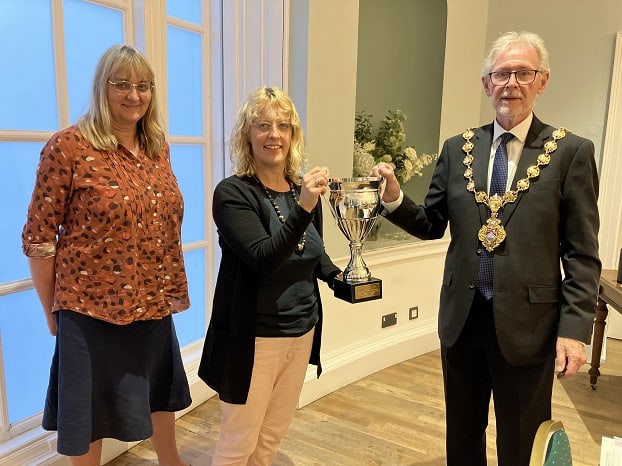 At the same meeting, the Mayor presented the Mayoress Cup to representatives of St Peter’s Food Bank.  Cllr Dexter explained that the cup was presented to an organisation or group who, in the opinion of the Town Council, has made a significant contribution to promoting Broadstairs and St Peter’s and/or the well-being of the local community. 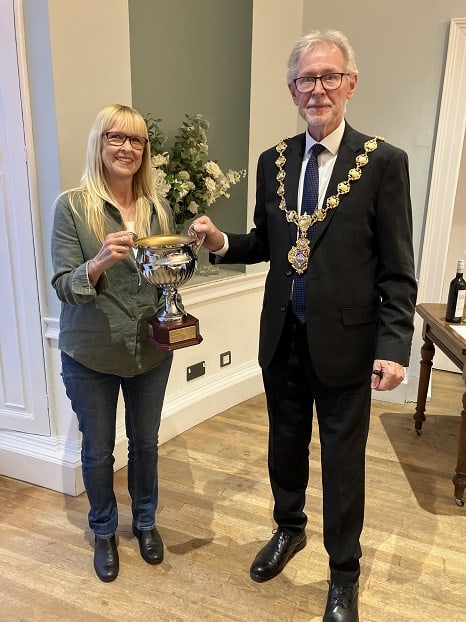 The Town Mayor presented the Millennium Cup to Karen McKenzie for her work with various volunteer groups across the district including the Town Council as its Volunteer Tree Warden.

The cup is awarded annually to a person or persons who, in the opinion of the Town Council, has made a significant contribution to promoting both Broadstairs and St. Peter’s and/or the wellbeing of the local community.