We are absolutely delighted to have been donated the magnificent sum of £784.80 from the proceeds of the charity bookcase at Tesco Extra Broadstairs during March & April – the highest amount that has been raised in a two-month collection period since the scheme started 4 years ago. Our grateful thanks to the store’s staff (especially their Community Champion Sue Dent pictured (main image) presenting the cheque to the Chair of our Trustees Committee Sylvia Pheils) and to all their customers who very kindly donated and/or bought books.

Please check out our page on Facebook or our webpage:- www.ekhuft.nhs.uk/lof-qeqm for examples of items to benefit the patients & staff at the QEQM Hospital donations like this help us to finance and for details of how you can support us. 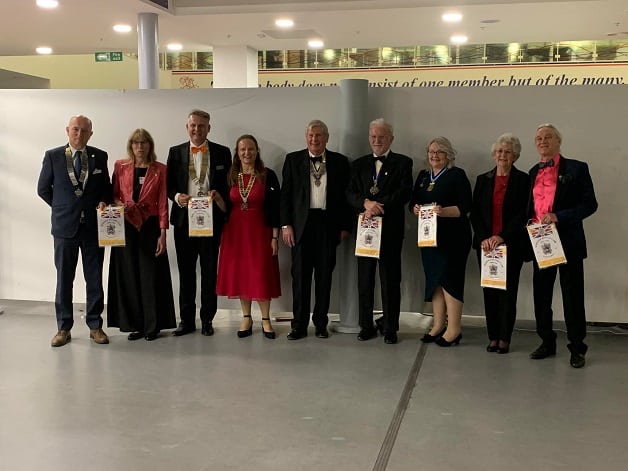 Founded in 1921 as the first such Club in Kent, Margate Rotary had planned a big event in the Winter Gardens in 2021 but Covid meant the face to face meeting had to be cancelled. However a Zoom meeting was held instead with over 200 participants from all over the world.

The Club with 28 members both male and female, continues to support the local Community as it has done for 100 years.

Our next event is a concert by the Thanet Male Voice Choir on 12th June for Polio. For more information please contact margaterotary@gmail.com

All Saints Church, Birchington with Minnis Bay and Acol

Table Top Sale in Church House, Birchington,  on 6th August at 9.30am till 12 noon

Sellers in from 8am. Free entry!  Bacon Rolls, Tea and Coffee

Get your bargains or de-clutter!

Tables priced at £10  contact Sara to book your table  on sara.gower@btinternet.com

Oasis Summer family fun event takes place Saturday 23rd July at Broadstairs Bandstand.  We have the amazing Jeff Barker supporting us which is very exciting. We will be having stalls from our Charity shop in Margate.  Designer clothes at non-designer prices.  A tombola and lucky dip for the kids.

It all kicks off at 2pm. Do come along and support this very worthy cause.  Oasis aims to offer emergency, safe and temporary accommodation for families who have suffered domestic abuse.  Fundraising goes a long way towards keeping victims safe.

So come along and enjoy a fun afternoon. 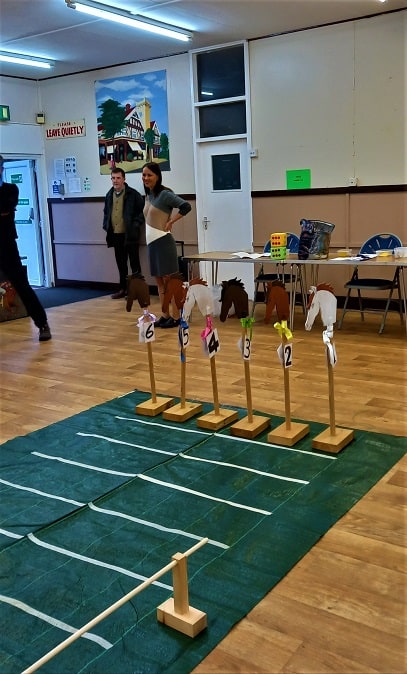 Westgate & Birchington Inner Wheel combined with their partner Rotary club ran a Charity Race Night, with a Fish & Chip Supper, raising funds for our President’s 2 charities, the League of Friends of our local hospital, (QEQM), and the Pilgrim’s Hospice, and for the 2 Rotary President’s charities, The Viking Unit for Chemotherapy at QEQM and ‘Hope for Tomorrow’ (Mobile Chemotherapy in Kent.) 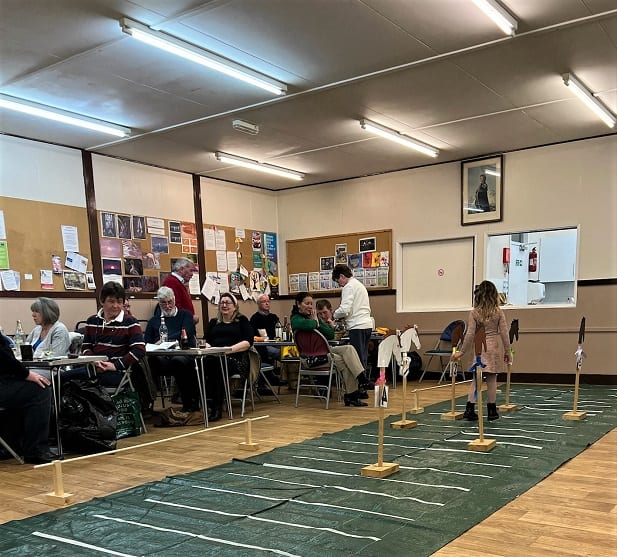 We also wish to thank the many individuals who sponsored a horse with their choice of name. There were 6 horses in each race and 8 races. For the last race, raffle tickets were sold at £1 each to give punters a chance to be an ‘owner’ of the 6 horses. The first 6 numbers out were the ‘owners’ and the winning ‘owner’ won themselves a bottle of Champagne. The horses were ‘hobby horses’ moved by willing grandchildren, following a throw of 2 dice, the green one to give the number of the horse and the yellow one to give the number of spaces on the race-track.

Over £300 was raised in sponsorship before the evening and once the expenses had been paid about £1000 had been raised for the 4 charities. A very good evening was enjoyed by all. 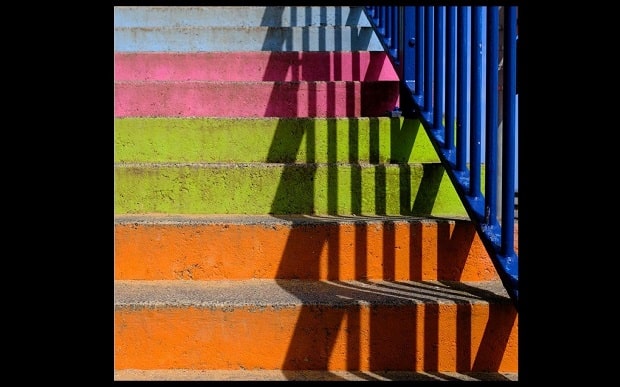 The club’s last print competition of the season saw judge Ian Howard, from Deal Camera Club, return to Thanet having only recently given a brilliant talk about the development of his love for photography over the past fifteen years.

For our print competition Ian had to judge 46 quality entries, with a high number of images from nature. Paul Ralf and John Draper won in their groups. However, member David Silk submitted a different type of image called Shadows and Colours (pictured above) which was highly commended.

The first awards of the season were presented by Chairman Laura Drury. The scheme, introduced for the first time this season, recognises members whose competition entries have scored a certain number of points throughout the season. Bronze awards were presented to Dave Berger, Ken Butcher, John Draper, Laura Drury, Colin Miller, Paul Norris, Paul Ralf and Terry Scales. Members can achieve Silver and Gold Awards over time.

Our final competition is on 6 June when members will be competing for the coveted Mick Talbot Trophy.

Finally, we look forward to welcoming visitors to our annual exhibition at the York Street Gallery, Ramsgate which opens after lunch on 15th June and runs until midday on 21 June (closed Mondays).

The trips specialise in visiting specific Cemeteries or Memorials on the above mentioned Battlefields as and when they are requested, and an experienced Battlefield Guide will accompany each trip, to commentate on the various Battles and the many Historic events that occurred in the areas that we visit.

The K.O.Y.L.I. Battlefield pilgrimages was formed as a charitable hobby in 1990 by ex-servicemen who have many years of practical experience in conducting visits to the First World War Battlefield areas of France and Flanders, and we support the Royal British Legion Poppy appeal. These trips are open to anyone who might be interested, and we welcome All enquiries.

Anyone who requires further information should write to :-

We ask for a medium sized S.A.E. for all postal replies.