The challenge was simple – see how many skips MPs could do in two minutes using Skip2Bfit’s specially designed skipping ropes.

Skip2Bfit’s fruit sponsors, Berryworld and Winterwood Farms Ltd, were also on hand to provide support on the day.

For 20 years Skip2Bfit has been running workshops in primary and secondary schools and inspiring children to lead active, healthy lives through the pastime of skipping.

Skip2bfit’s aim is to roll this unique challenge out to all schools across the UK.

Craig Mackinlay said: “I was pleased that I was able to support the MPs’ skipping challenge in this, Skip2Bfit’s 20th anniversary year. It is important that children lead active and healthy lives and Skip2bfit is a fun and enjoyable way to do this.” 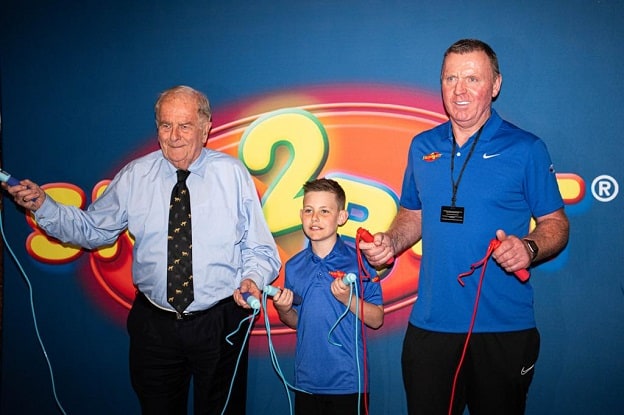 Skip2Bfit founder John McCormack, added: “We would like to thank our MP Craig for his support in setting up the event to celebrate 20 years of Skip2Bfit in the community

“A few minutes of skipping gets children fighting fit and keeps their minds sharp and active, enabling them to learn.

“Using counting skipping ropes instead of a plain skipping rope is a real game changer on children’s learning as the children are keen to improve on their skipping score, helping with their personal development as they realise if they put the effort in, they can improve, which is the case for everything you do in life. By embedding the Skip2Bfit two-minute challenge across schools, Skip2bfit has helped many schools to achieve Outstanding for Personal Development in their OFSTED reports.

“We have delivered this programme into thousands of schools and it works wonders by tracking the children’s progress and because it is fun and sustainable.

“We also encourage healthy eating by handing out free superfood blueberries after each skipping session, which are provided courtesy of our sponsors Winterwood Farms Ltd and Berryworld.

“Eighty percent of health is nutrition and we are the only school workshop delivering exercise and healthy eating in one. Education is key to a healthy start in life for children and we are very proud to be able to get this across to children after skipping by giving them this super healthy snack reward. 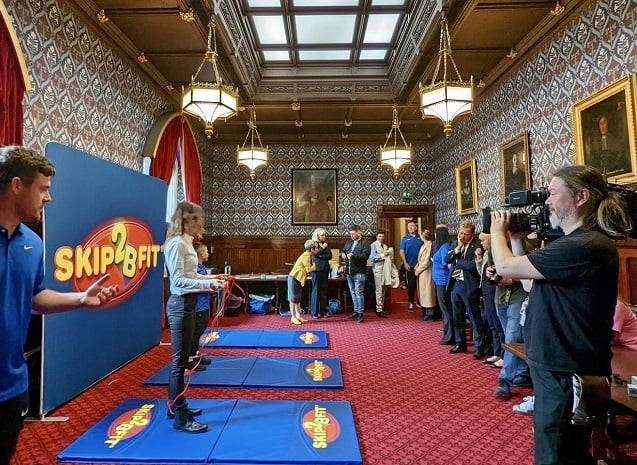 “To celebrate our 20th Anniversary, the Skip2Bfit team launched a brand new free three round skipping challenge audio app on the day, with voiceovers from John McCormack to really inspire and motivate as you skip, with the Skip2Bfit adjustable counting skipping rope, to the timed music on the app.”

The event was also supported by the Association of PE ( AfPe) with their Chief Executive, Sue Wilkinson MBE and their Chair, Professor Jeane Keay both in attendance along with other key people. Afpe supports PE in schools in the UK and was there to promote PE in schools and support the Skip2bfit initiative.

Skip2bFit’s had latest champion skipper Ralfie, from Essex, also took part in the day. He has achieved 334 skips in two minutes.

Skip2bFit now has part funding to go to 80 new schools across the country with a skip2bfit workshop and is inviting all Thanet primary schools to book this in.

John added: “The opportunity to talk to people like the Children’s Minister on the day and explain how Skip2Bfit impacts on children’s learning in the classroom was great. “Raising awareness for more children to access this fun challenge was our goal and we have had a great response.”

We are trying to get involved with the local community by running school tours
Allowing charity fund raising instore for foodbanks
Helping charities such as food banks, pre and post natal nutrition groups and community groups that target holiday hunger.
Providing resources such as cookbooks or healthy eating colouring books
Donating equipment to charities or groups including slow cookers microwaves or air fryers.
Interested groups are invited to email: PRL.ThanetWestwoodCross@sainsburys.co.uk

Rotary Club of Westgate and Birchington

Rotarians have raised £2,500 for the Viking Day Unit at the QEQM, inspired by the wife of their president who had treatment there.

Hazel Hedges is now clear of cancer, but husband Chris, who is president of the Rotary Club of Westgate and Birchington, chose the unit as the club’s charity for the past two years.

Unit manager Carrie Merry, and deputy Joanna Watungwa, attended a meeting of the club to thank members in person and collect the cheque.

Chris said: “Rotary and its sister organisation Inner Wheel, which Hazel is part of, is all about helping people so raising money is what we like to do.

“We held a race night, where wooden hobby horses, raced up the middle of a hall, with the assistance of two children, and my wife and I completed an 88-mile sponsored walk, inspired by the 88th anniversary of Inner Wheel in Kent.

“But most of the money was raised via door-to-door collections with Santa and his sleigh around the streets of Westgate and Birchington, so our thanks to everyone who supported that.”

The club also supported Hope For Tomorrow, a charity which runs mobile cancer care units, including one for east Kent.

Rotary’s links with the Viking Day Unit stretch back to its opening in 2008, when the club held a 70s extravaganza at Quex Park, with performances by Suzi Quattro and T-Rex. It raised almost £100,000 and a poster for the event is on display in the waiting area.

Carrie said: “We were delighted to receive this donation from the Rotary Club of Westgate and Birchington and very grateful to Chris and Hazel and everyone who has supported them.

“Hazel spoke about her experiences on the unit and her warm praise for the team was very gratefully received.”

Quex Barn is hosting a free day of live music, arts, crafts and other entertainment on Saturday, May 21 in aid of the Ukraine Appeal.

The fun starts at Quex Barn at 11am with live music and a family-friendly experience, complete with Ukrainian arts and crafts, raffle, tombola and activities for children.

There will be a range of attractions provided by Quex supporters – accompanied by live music from Beggars Belief, Miscellany, Nick Foreman, the Thanet Community Gospel Choir , Polska Bracia and Steve Gifford. All will be ably assisted by long-time Friends of Quex quizmaster Gary Skelton, who is DJ and MC for the day. The Kent Fire Service team’s ‘big red engine’ will also be making an appearance.

And after all of that, guitarist and vocalist Andy Mack is performing from 8pm to 10pm.

The event reflects the continued generosity of hundreds of individuals, schools, youth clubs and community groups from across Thanet and east Kent, who took donations to Quex Barn for sorting and distribution in response to the Ukrainians’ plight.

Margate Polish Association and the teams at Quex Barn and across Quex Park pulled together as the flow of donations quickly grew from a trickle to a flood. They managed the loading of five lorries and seven van-loads of donations, and volunteers drove them to towns around the Polish-Ukraine border.

Friends of Quex Park’s Susan Johnson said: “Everyone worked so incredibly well together.

“People came with their donations and stayed to help. Many others returned to help out when they could. It was an extraordinary time.”

Anna, who with Dima organised a very successful appeal at Ramsgate’s community church The Corner in March, also supports the Help Ukraine Day.

She said: “This is a great event and we hope it’s going to be a lot of fun. Everyone at Quex Park has been very generous with their time and effort, and are working hard to make it a really good day.” 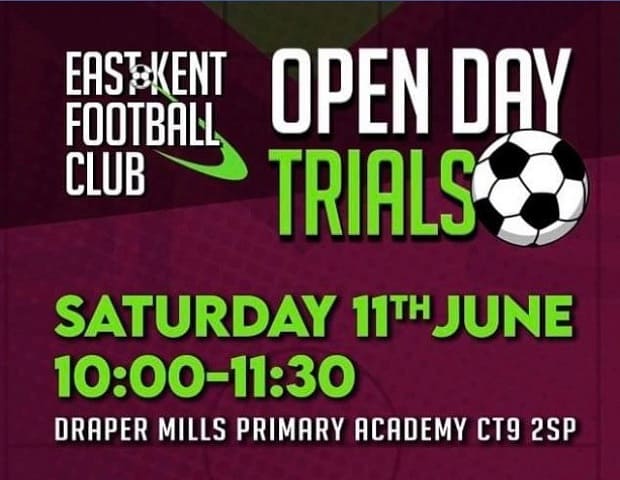 Recruiting for next season 2022/23 East Kent FC is currently looking to expand and improve our current League Squads for the 2022/23 seasons.

Teams from U8 to U17 boys & girls of ALL abilities are welcome.

We are looking for youngsters aged between 13 – 16 who are passionate to play and extend their basketball skills to the next level.

If your child or someone you know is interested and for more information please email me at Thanetbasketball@gmail.com

Sessions will take place at the beginning of July 2022 at St George’s School in Broadstairs on Thursdays 5pm to 6pm. £4 per session.

Please note that this is not an after school club and limited space is available. If your child is still interested please email me their full name and which school they are coming from to our email address above. 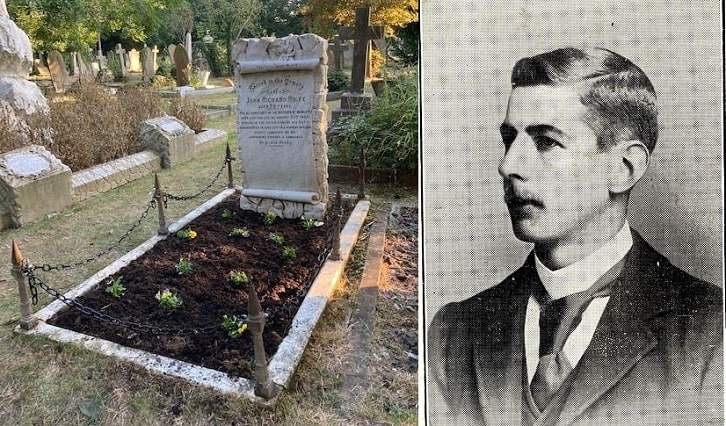 In Margate cemetery rests P.C. John Richard Rolfe of Margate Borough Police. On 23rd January 1905, John lost his life on duty, when he perished in a fire in the hardware shop premises of George Mence Smith, 17/18 Market Street, Margate. The fire had started at 1.20 am that morning and John was attempting to save the occupants of the accommodation above the shop.

A Rededication Service at PC Rolfe’s graveside will be conducted by Kent Police Chaplain Rev. Barry Knott, at 2.30 pm on Wednesday 25th May. Representatives from Kent Police HQ, Thanet Police, Kent Fire & Rescue Service and Kent Police and Thanet Male Voice Choirs have been invited to attend. Members of the community are of course welcome to attend.

The ‘what3words’ app location of the grave is ///reach.words.store. The grave is relatively close to the Manston Road pedestrian entrance 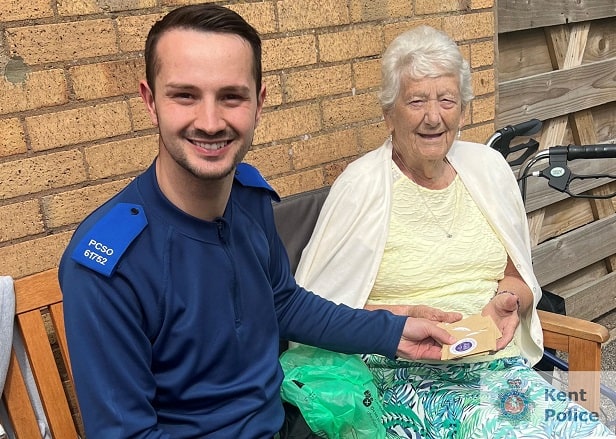 Elderly residents in Broadstairs have been given the chance to sow seeds of happiness thanks to the gesture of a Kent Police Community Support Officer (PCSO).

After receiving the reports which were dealt with by Thanet’s Community Safety Unit, the PCSO worked with partner agencies and building managers to help make the residents feel more secure.

Hoping to cheer up the residents after their experiences, PCSO Christie also applied on their behalf to Broadstairs and St Peter’s Town Council which runs a community initiative offering grants to residents in the area to carry out gardening projects.

His application was successful, resulting in packets of flower seeds for each of the residents in the assisted living block who will be able to sow them and create a colourful surrounding this summer.

PCSO Christie, who manages the Viking and Bradstowe ward in Thanet, said: “I knew the residents had been affected by the impact of the anti-social behaviour and I wanted to offer them something that they would find fun to do and would make life feel a bit more normal too.

“I thought it would be lovely for them to have more hanging baskets and flower beds filled with plants and it would be something they could work on together and enjoy.

“Having access to a green space is beneficial for mental health and feeling better about your surroundings, so I really hope having this project will bring cheer.”

Sergeant Jim Woodward of the Thanet Community Safety Unit said: “Our PCSOs will regularly go above and beyond what you might consider normal duties. It isn’t just a matter of patrolling their beat, promoting crime prevention advice or assisting officers with enquiries for an investigation.

“Very often they will identify issues in a street that may not be identified by other ways, perhaps people don’t report when they are having a problem. PCSOs will always work to build relationships with residents, and help get any support they may need. They will problem-solve and come up with solutions, like Liam has, which will help their communities to flourish and look forward to a happy and safe future.”