A studio based in Margate where everything from talking sofas to a city in a suitcase have been created is getting ready to mark 15 years in business.

A&C animation was founded in 2007 by director Dan Richards in modest premises in his dad’s shed.

From there, Dan quickly grew the business and today, A+C is a leader in providing highly crafted, unique animated solutions to worldwide brands.

The studio has been based in the historic laundry building in St John’s Road since the latter half of 2014 and is the birth place of an array of talking, moving characters from glasses of juice with faces and emotions, paper-crafted hens and a giant egg box and Lego characters explaining coronavirus to children.

Painstakingly created models, drawings and animated creations are all brought to life by the team at A+C Studios in St John’s Road.

Dan said: “I am very proud. Fifteen years is a milestone worth celebrating. Over the last 15 years, we have acquired vast experience and are always learning new approaches to ensure our clients get the best results.

¨Nevertheless, it has been quite the journey to get where we are now. We have had to take the good with the bad at a time of great change. Still, we have managed to build a strong team in Margate, which deliver world-class animation. So, I would like to take this opportunity to thank all of my colleagues, our business partners and friends for their valuable support over the last 15 years, and we are looking forward to many more.” 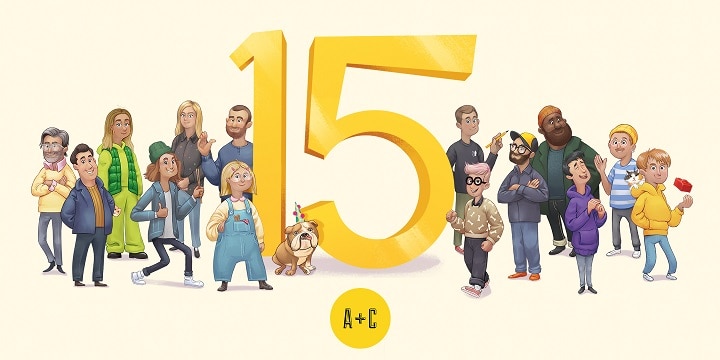 Dan made his first stop motion animation – where puppets/characters/sets are handcrafted as opposed to using computer generated animation – when he was just 12 years old.

Some 10 years later he graduated from the prestigious Bristol School of Animation, going straight to work at Aardman Animations on the hit film Wallace & Gromit: The Curse of the Were-Rabbit.

Soon after the project ended Dan decided to strike out on his own and A+C was born. 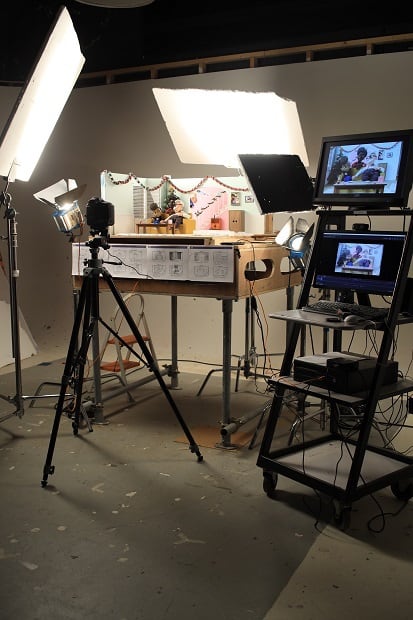 A+C was originally based in Whitstable but a house move to Margate prompted Dan to bring the studio to the isle too.

A+C specialises in producing TV commercials, advertising and social media films. They have created an array of fantastic animations for big brands such as Robinsons, Lego, The Happy Egg Co, Samsung and the Super Bowl as well as the coronavirus film for the UK government and pieces for British Airways and Virgin.

In 2018 the team created an online stop-motion film to highlight the impact of plastic pollution.

The animation team laser cut 90 stencils and sprinkled chocolate powder images over them to bring a dolphin to life on 90 cups of coffee, which were then animated frame-by-frame in an industry first. The film follows a dolphin living a happy life before encountering plastic pollution and dying.

The concept of animating the animal’s life on a coffee cup was made to help change the culture of single use coffee cups which litter our coastlines and oceans. It took A+C studio’s creative team two weeks to produce in time for World Oceans Day.

This month, A+C will release 15 for 15, a series of their favourite works, culminating in a party at the Margate studios on  Friday 27 May from 6.30pm for local creatives and clients to celebrate, network, and learn more about A+C.

Artist James Dyer will be live drawing a celebration piece in the courtyard; the props studios will be stocked with tons of plasticine for people to discover their inner child and sculpt-a-selfie and local business will be providing food and drinks.