A Cyclops, Zeus, Odysseus and a Greek salad were just some of costumes that creative children at Chilton primary in Ramsgate devised for a special themed day as part of their studies of Ancient Greece.

The fun event was the climax of the Year 5 exploration of Gods and Mortals and they enthusiastically enjoyed a range of activities including Greek dancing, a mini Olympics, making Greek vases and a food tasting session, where many pupils tried olives and feta for the first time. 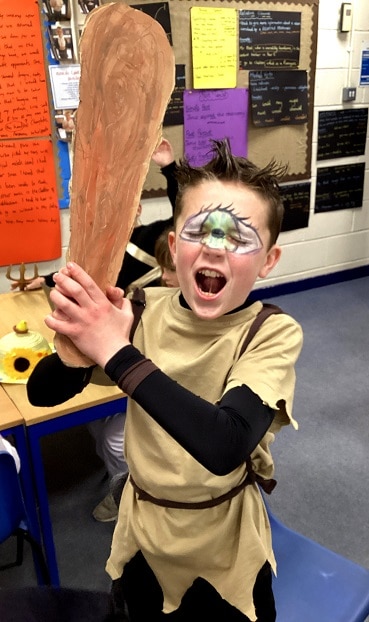 Head of Year 5 Tom Abel said: “The costumes were fantastic and it was clear that a lot of creative effort had gone into the outfits.”

The year group’s topic work has covered a range of areas such as studying architects and designers in history for inspiration before making their own Greek building just using paper, 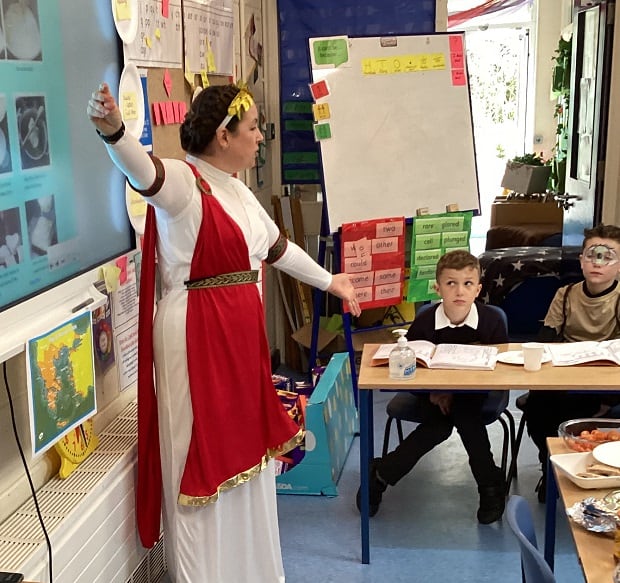 Design and Technology skills were used to research traditional Greek wooden tools and then the children designed their own.  They also found out about simple toys from the period and designed and made their own from a range of materials. 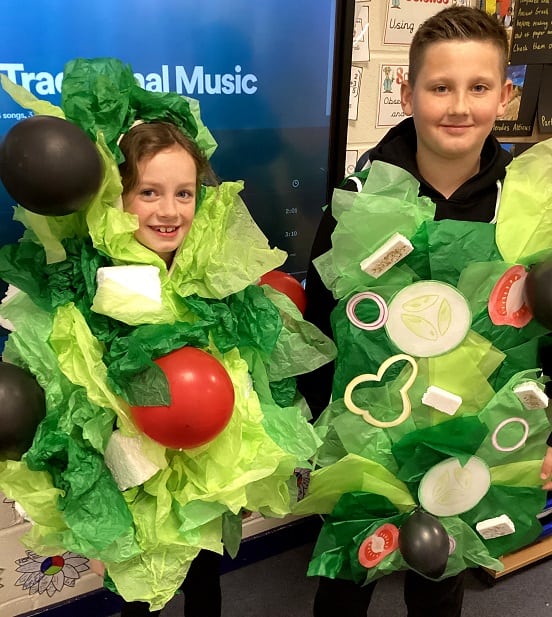 In History and Geography they studied key Greek events and inventions, including plotting cities on a map. This included the origin of the Olympics and the Trojan War. They plotted these events in chronological order and discussed their influence on the western world. 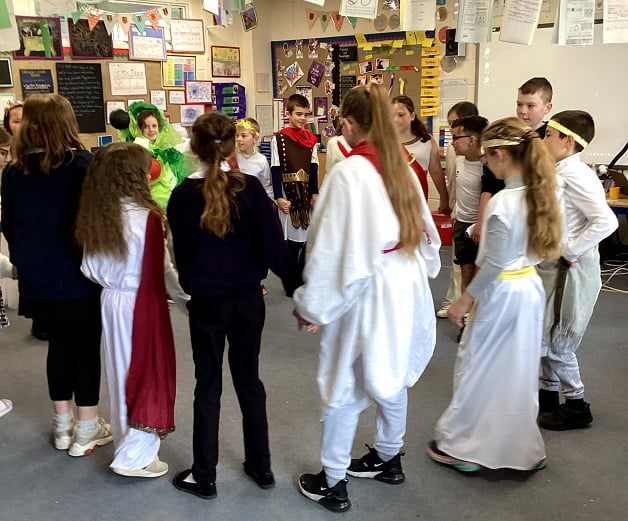 Using their learning on the Persian war they made comparisons and contrasts between Sparta, Athens and Persia, and used the information to identify Greek states and cities in an atlas and plot them on a map.

Girls and boys also studied the origin of democracy in ancient Greece and investigated how it has impacted culturally on the world through the ages, creating a role play to illustrate how the Athenians voted. 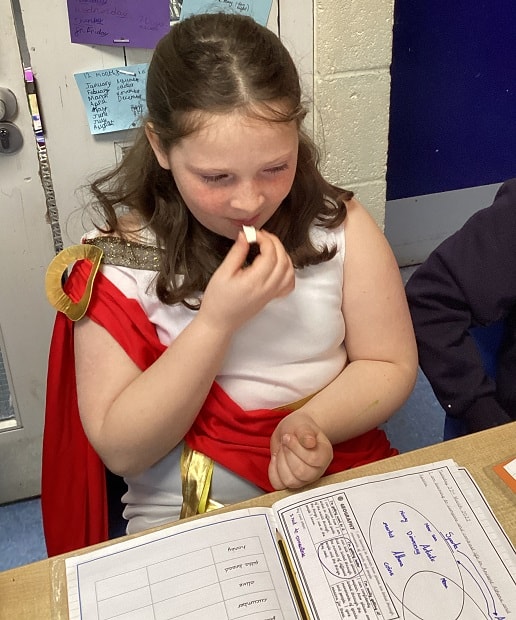 Head of School Kate Law said: “This is a fascinating topic with so much for our children to explore. Through a well-prepared and structured learning pathway they covered many aspects of Ancient Greece relating to it through different subjects. As well as broadening their well-rounded learning skills they certainly had great fun stepping back in time to investigate one of the world’s greatest civilisations.”