It’s been a tough journey for Alex Ling and his fiancée Georgie Dutton whose wedding has been cancelled not once, but twice – and almost a third time.

At first it was due to the Covid pandemic in 2020, but then a devastating cancer diagnosis saw their nuptials cancelled again the following year.

When they decided to try for a third time – in August 2022 – they found out their wedding venue, Sands Hotel in Margate, was going to be sold before their big day.

But thankfully, they are now are on the verge of getting their happy ending at last, with a wedding at Sands in what will be the last ceremony on the closing weekend of the venue.

The team at the hotel, so moved by their story, insisted they would still host the event, but would need to move it earlier to June 4, the day before it shuts. 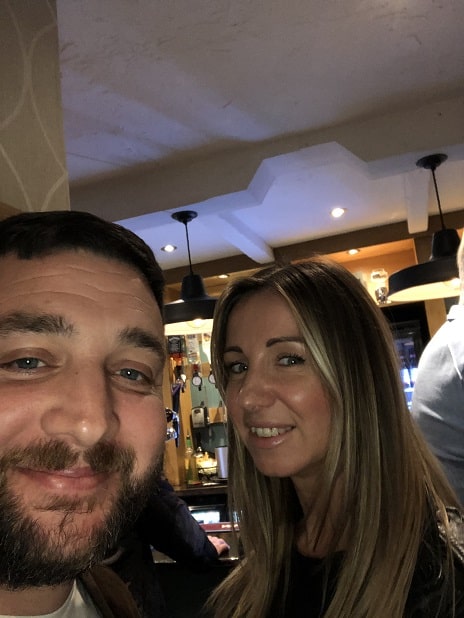 IT worker Alex, 42, says they were over the moon when they found out they could still get married there.

“It’s been quite a journey to get to this point,” he said.

“We were originally meant to get married in 2020, but that got cancelled because of Covid, then rescheduled for another date in 2021. This was a different venue, one in Essex, where we live.

“Georgie was then diagnosed with bowel cancer in January 2021. She had to have an emergency operation to remove part of her bowel and then chemo for four months after.

“So we had to cancel that wedding. She got the all clear and rang the bell, she’s now in total remission, and to celebrate we booked a weekend away in Margate at Sands. Georgie is originally from Margate.”

He admits at this point they had decided not to get married immediately, but while at Sands they realised it was the perfect venue.

“We were getting our lives together after quite a long, hard slog and it was such a nice weekend so the hotel really meant something to us,” he said.

“We enquired about it and booked, it was all brilliant. We started planning, then all of a sudden we found out it had been sold.

“We’d built up quite a nice relationship with the events manager at the hotel and they got in contact and said ‘we could give you your money back, but we really want to host your wedding’.

“They knew the story about Georgie being ill and how the place meant so much to us as it was where we went to celebrate the all clear.”

Alex and 41-year-old Georgie, who is a carer, jumped at the chance and were given the final weekend of opening.

“Hopefully it means we’ll have our happy ending,” said Alex.

“We’re staying on the Friday night, we get married on the Saturday and then we check out at 1pm on Sunday. Then that’s it, it will close. It’s almost like ‘switch the lights off on your way out’.”

The couple are using local businesses on the day, including Alan Irvine from Olby’s Soul Cafe doing the music and AG Studio in New Street doing the photography.

The Sands site has been bought by newly incorporated company NO. 16 MARGATE LTD which is registered in London.

The company is owned by three brothers who run GuestHouse. The independent hospitality group is owned by Tristan, James and Tom Guest.

The trio started with a Georgian townhouse called No.15 in Bath, a venue in York followed, and then Brighton with a property which is due to open in 2023.

Sands Hotel will close on June 5 and will undergo refurbishment before the new owners reopen it.