A retired civil servant living in Broadstairs has criticised the delays in granting visas to Ukrainians coming to stay with sponsors in the UK.

Barbara McCulloch registered with the Homes For Ukraine scheme and is waiting to provide a safe place for a 40-year-old woman and her 12-year-old son who are currently in Zaporozhe, a city in the south-east of Ukraine.

But the mum and son have been waiting three weeks for visas to be issued despite government guidance saying the process should take 10 days.

The woman, who is a doctor, says they stayed in the city in the hope that the visa would arrive but are now going to travel to Poland because Russian forces are moving nearer to their location. The woman’s husband is remaining in Ukraine.

The conflict has seen some 4.5 million refugees leave Ukraine, while an estimated 6.5 million people have been displaced within the country. 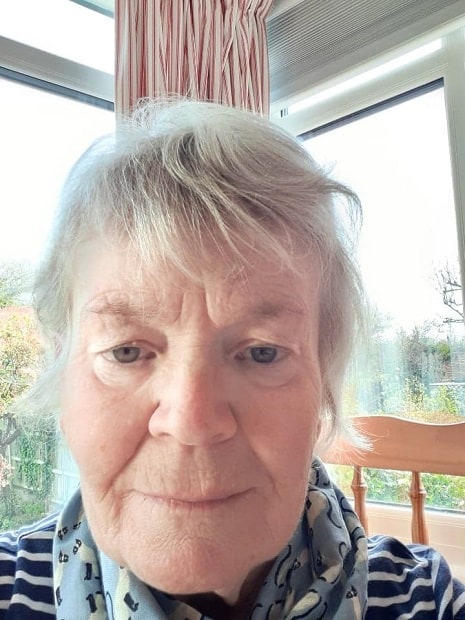 Barbara, who used to work for the Home Office, has contacted MP Craig Mackinlay and written to Labour Party leader Keir Starmer. She says despite the Thanet MP’s strenuous efforts and help from the Labour Party leader’s office there is no progress.

The 69-year-old said: “I was watching the news and I was in tears. So, I registered to offer my home.

“The application was taken forward with the UK Homes for Ukraine. Kent County Council has been here and I have been CRB checked, everything is ready.

“But the mum just had a generic letter that told her nothing about what was happening with her application. It has been three weeks and she just received another letter that is exactly the same as the first one. It is awful.

“The area she is in is not as bad as places like Mariupol but they can see missiles and say the Russians are moving closer.”

The mum and her son are leaving Ukraine this evening and hope to reach Poland shortly where they will try again for news of the visas.

South Thanet MP Craig Mackinlay said: “This case has occupied many hours of my caseworkers’ time over the past couple of weeks. My team, on my behalf, have been emailing repeatedly and on one occasion were kept on the line for two and a half hours, and when finally answered could only be told that the application was ‘progressing’.

“I cannot have done more on this case and will continue to do so. I note an apology has been released by the Home Secretary about processing delays.”

Home Office figures reveal the government has granted 41,000 visas to Ukrainians with some 12,000 having arrived in the UK so far.

Under the Homes for Ukraine scheme it is estimated that some 1,624 Ukrainians could initially be heading to Kent. They have been matched with 709 sponsors in the county.

KCC is supporting the process of settling those fleeing the conflict in a number of ways including, carrying out Disclosure and Barring Service (DBS) checks with all host families, offering English courses for Ukrainian adults along with education for children and young people through the Kent Adult Education service and offering school places for Ukrainian children in primary and secondary schools across the county.

Information for residents and Ukrainian refugees with queries about the  Ukraine Families Schemes settlement is available at www.kent.gov.uk/ukraine, by emailing Ukraine@kent.gov.uk or by calling our dedicated helpline on 03000 412424.

The helpline, which includes a translation service if needed, can provide anyone in the county with information, support and advice.

Find out more about Homes for Ukraine at: https://homesforukraine.campaign.gov.uk/