A Margate micropub has triumphed to be named Thanet Camra’s 2022 pub of the year – the second time it has scooped the overall title.

The Two Halves, on Marine Drive, was named Micropub of the Year and Overall Pub of the Year by the Thanet Campaign for Real Ale team.

The micropub is owned by Shaun and Jackie Smethers and first opened its doors in July 2015. It prides itself on serving good cask real ales, ciders and wines – accompanied by plenty of conversation and fantastic sea views. 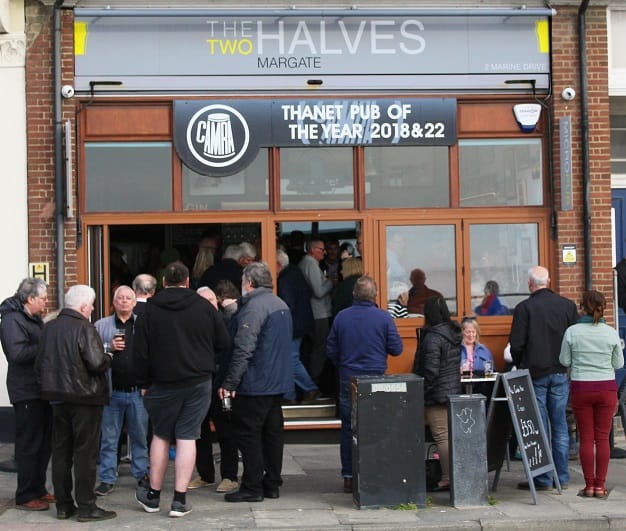 As far as business is concerned, I think it’s fair to say that the hospitality industry has suffered more than most.

By gaining the Camra awards, let’s reflect for a moment what The Two Halves has achieved.

“Bearing in mind what this means, we should not merely be congratulating the pub; its owners and all its staff. We should also be thanking them. We should thank them for the welcome they give us when we walk through the door. We should thank them for the sense of community and belonging that a good pub provides. And we should appreciate the efforts of cleanliness that protects the customers in these difficult times.

“But most of all we should thank them for the provision of excellent quality real and cider, that we all enjoy so much.” 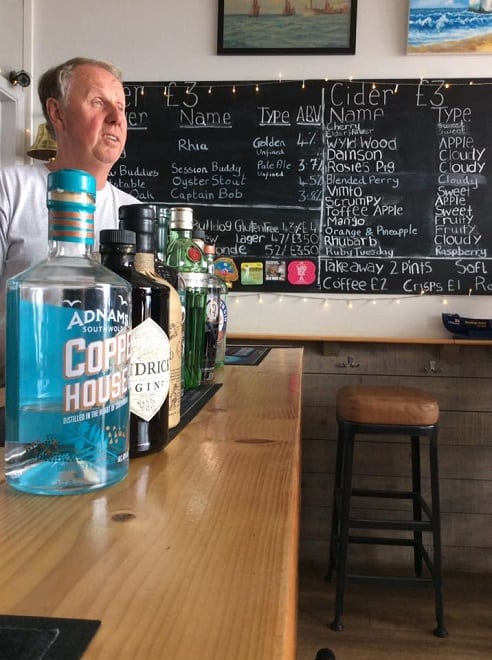 Shaun, who gave up a 39 year trade of ceramic tiling to be at the helm of the bar, said he was chuffed that the micropub had won the honour for a second time. It last took the top title in 2018.

He said: “We are a community hub, there are my regulars that get us through the winter as well as the summer and there is a big passing trade.

“The beer is the most important thing, looking after it and making sure everyone gets a decent pint but there are lots of factors, we have a nice atmosphere, there’s no trouble and it is friendly, people can have a chat. “

Shaun said cleanliness was also a big factor, especially since covid, and the uncluttered space in The Two Halves means people can see it is spick and span.

And it was a double for Margate with nearby Little Swift taking the Cider Pub of the Year award.

The pair opened the Marine Drive venue in 2019 and say they are thrilled to gain their first award.

They were nominated by customers and then Camra cider judges gave the drinks a taste test.

Camra chairperson Mike said the award recognised: “The welcome that this pub gives, the sense of community and belonging that all pubs should possess and of course for the excellent cider that they serve,”

Charlotte said: “My business partner Steve Taylor and I are over the moon to have won Thanet Camra’s Cider Pub Of The Year. Little Swift is a bar and shop with a varied selection; selling the best natural wine, craft beer, real cider, seasonal cocktails, farmhouse cheese and artisanal charcuterie we can get our hands on! 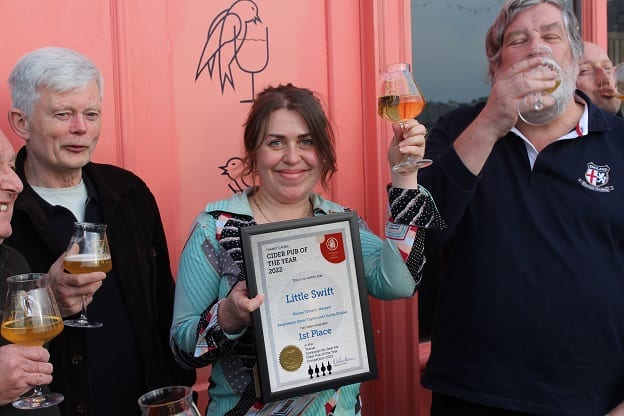 “We are thrilled to have been recognised for our focus on small producers who express the unique varietals of apples and pears they grow spray free in their orchards, in the cider and perry they produce.

“We have always been cider fans and wanted to apply the same approach that we do to our wine and beer to our cider.

“Kicked off by Steve’s visit to Roger Wilkins cider farm in Mudgley, Somerset, we began buying his still cider as well as his cider vinegar to use on our cheese and charcuterie platters back in 2019, and it’s grown from there.

“For the Easter Weekend we have a grand five still draft ciders, one sparkling draft cider and over 20 bottles available for cider and and perry lovers to explore! We have producers such as Gregg’s Pit in Herefordshire, Wilkins in Somerset to ciders closer to home like Nightingale in Tenterden. We look forward to sharing the stories of the producers and discovering cider and perry further with our customers whilst gazing out at those Turner-worthy skies.

“This is the first award we have won since launching Little Swift in October 2019, we can only continue to source the best ciders and perrys we can get our hands on and hope we will be recognised for our dedication. We would like to also congratulate the fantastic Jackie and Shaun of The Two Halves on their much deserved win as Thanet Camra Pub Of The Year, it’s wonderful to have not one but two Thanet Camra award winning pubs on Margate’s seafront.” 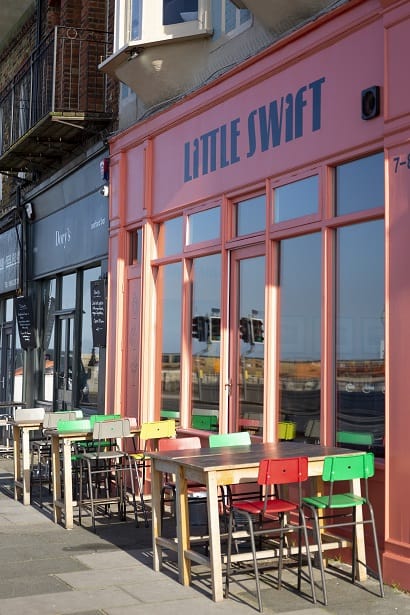 Little Swift also offers Ross on Wye Birdbarker sparkling cider on draft, nine taps of craft beers that rotate on a regular basis, seasonal cocktails using herbs and honey from the venue’s roof garden and some 140 handpicked, natural and biodynamic wines to drink in or take-away, with an evolving offering of eight wines available by the glass.

Thanet Camra runner-up awards for The Magnet in Broadstairs, the Artillery in Ramsgate, and the Hair of the Dog in Minster are due to be presented after Easter.

The Thanet Branch of the Campaign for Real Ale (CAMRA) is also returning with its real ale and cider festival this Easter weekend.

The festival will run on Friday, April 15 and Saturday, April 16 at Margate Winter Gardens.

The event will feature real ales, ciders and perries from a selection of local breweries and others from across the UK. There will also be food and live entertainment.

Entry is free on both days to all CAMRA members and non-members can pay on the door.

Non-member entry is £6 on Friday and £3 on Saturday.