Members of East Kent Mencap will be working on performances, photography, costumes, songs and more for the Platinum Jubilee in June thank to funding from Arts Council England via Kent Community Foundation.

A total of 107 voluntary and community organisations across the South East have been awarded grants from the Let’s Create Jubilee Fund for celebrations for Her Majesty The Queen’s Platinum Jubilee. The recipients include two Thanet groups -East Kent Mencap and Broadstairs Town Team.

An award of £8,850 goes to East Kent Mencap, which has sites in Ramsgate and Margate as well as Herne Bay and Sheppey, to work with people with a learning disability to create multimedia pieces to commemorate the Jubilee.

The project will include an inclusive performance with music, dance and singing, a performance piece using recycled materials, and an illustrated book designed to inspire young people with a learning disability.

Fundraising manager Jane Brooke said the funding means that for the first time in two years members with a learning disability will be able to work on a project across the whole organisation.Now cvid restrictions have ended members will be able to reduce social isolation and rebuild their independence.

She added: “We’re looking forward to a joyful and jubilant celebration with members sharing their different experiences of the creative process.

“We will involve people with a learning disability (PLD) from each of our four sites across East Kent in creating multimedia pieces to commemorate the Jubilee. Each site has identified an artist who will work with their group to develop a creative response.

“Each group will be working in different media, giving members the opportunity to explore different ways of expressing themselves. During the week of the Jubilee, the groups will share their pieces and celebrate together. 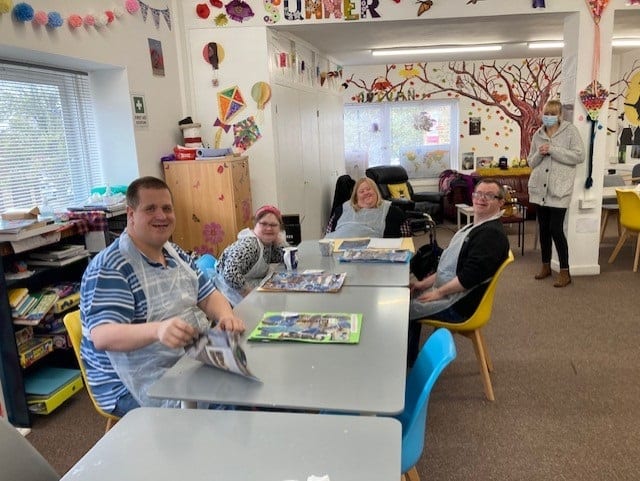 “In this way, we can cross-fertilise their ideas to inspire and encourage their peers across the charity with new creative experiences and approaches, supported by our staff.

“Support Staff consulted with their groups on how they would like to celebrate, and agreed on a theme, then invited local artists to work with the group.

“The artists will run workshops at EKM premises for between 10 and 30 members, supported by our staff.”

The big plans include:

Thanet Day Resource for Margate and Ramsgate will be celebrating diversity with up to 50 members working with Margate Pride to create an inclusive performance with music, dance and singing.

programme to the community. The project will challenge perceptions on gender and disability, break down barriers and raise awareness of marginalised groups.

Members of Margate Pride will work with the participants to choose a celebratory song learn a professionally choreographed routine, create festive costumes and ultimately give a public performance. 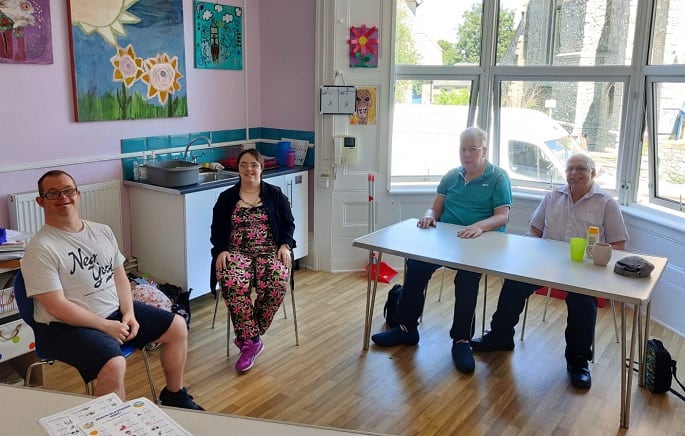 GOLD group, based in Northdown Road,is made up of members  who live independently and don’t receive support from statutory services.

GOLD will be rediscovering the joy of celebrating together, and reaffirming their individuality, after months of isolation.

The Well Project, also in Cliftonville, have previously worked with GOLD running artist-led workshops inspired by flowers and nature and will again team up for the Jubilee celebrations. 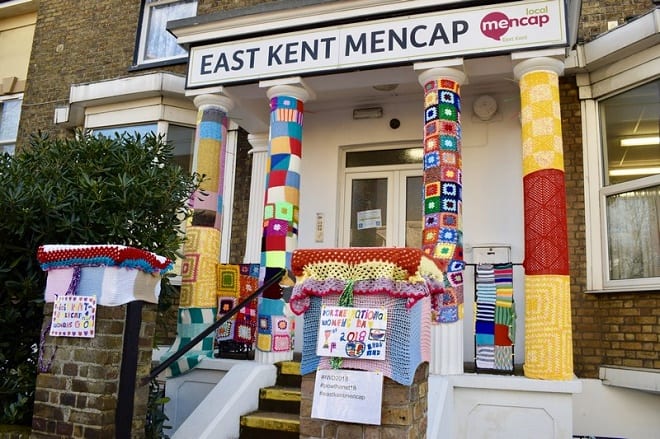 Workshops will be led by photographer and lecturer Jason whose best known work is Strictly, part of the permanent collection of the Tate Gallery.

Jason, who lives in Thanet, will work with a group of 20 members to take their portraits dressed for a Royal celebration, with outfits sourced from a local charity shop.

The Well Project will curate the photographs into an album for each person and create a collage in the shape of the number 70, to be displayed in the shop window of the GOLD drop in in Cliftonville.

At the Herne Bay Day Resource there will be a Jubilee drama performance with 20 members working with the Moonbeam Theatre and in Sheerness15 members will work with artist, Mopsy, to create an illustrated book inspiring young people with learning disabilities to aim for greater independence.

Photographer and videographer Ben Bowles will film each group, interviewing the artists and participants about the project and videoing their final pieces. The groups will present their films via teams to each other during a week of joint Jubilee celebrations in June, using large screens in all locations.

Groups will have the opportunity to chat to their peers about the project, how it made them feel and what skills they have learnt. The videographer will use the footage to create a film of the complete project. This legacy piece will be shared on East Kent Mencap’s Youtube channel, website and promoted on its social media channels.

Jason Gerlack, CEO of East Kent Mencap, said: “I’m delighted that East Kent Mencap have been awarded this funding for people with a learning disability to celebrate the Platinum Jubilee.

“ It will be exciting for all our groups to be involved in a collective creative project across the whole charity, working with artists to discover different creative ways for people to express themselves as part of the national celebration.

“The project is a wonderful opportunity for people to learn new skills that will increase their self-esteem, raise their aspirations, and give them greater confidence to continue learning and developing their interest in the arts.” 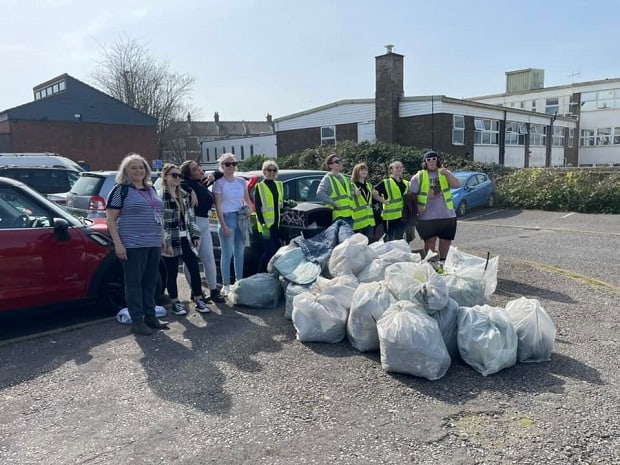 Funding of £8,421 has also been awarded to Broadstairs Town Team. Their project will capture individual recollections about previous Jubilees and any personal encounters or recollections about the Queen and the Royal Family. These recollections will then be used to create a short film, using Jubilee themed backdrops, which will be part of a competition open to all local schools and judged by a panel of local artists.

The final video will be available to view and download on the group’s website. These recollections will be gathered as part of the planned Broadstairs Jubilee Celebrations in June and will be cross generational – including members of the community aged from 5 to 90. 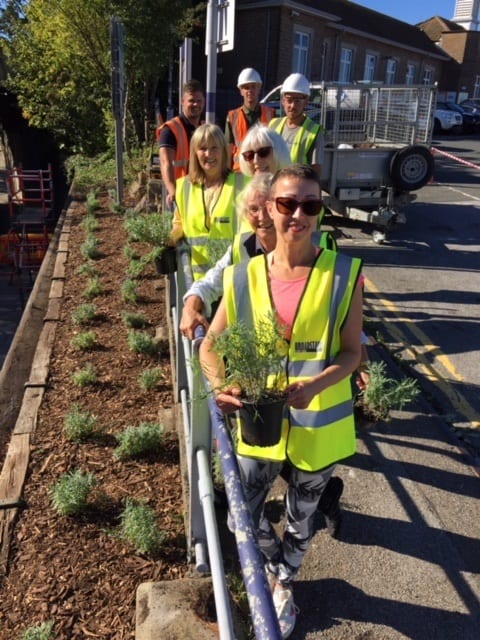 Natalie Smith, Director of Grants and Impact, Kent Community Foundation, said, “There was a huge appetite from community groups and grassroots charities across Kent to celebrate the Queen’s Platinum Jubilee with community arts projects. We were overwhelmed with the number of applications we received and are delighted to have been able to fund twenty-four exciting creative events, which will enable thousands of people to come together to celebrate this historic event.”

The Let’s Create Jubilee Fund is made possible by National Lottery players and administered by Community Foundations on behalf of the Arts Council.

HM Queen Elizabeth II is the first monarch to celebrate a Platinum Jubilee, having overtaken Queen Victoria as the longest reigning monarch. Her reign has been marked by a commitment to public service, reflected by her extensive programme of engagements at home and abroad, and support for over 600 cultural organisations, charities, military associations, professional bodies and public service organisations.