Thanet council has approved outline plans for 19 houses and 18 retirement flats in Monkton.

The plans also include change of use and enlargement of existing storage building to a retail unit following demolition of existing buildings at Cole’s Yard, 116 Monkton Street.

Some 50 objections were received to the plans with concerns of inadequate parking and, for residents in Seamark Close, fears of overlooking.

The site is earmarked in the Thanet Local Plan – a blueprint for development on the isle – for 20 homes. This resulted in some objections saying the proposal for 40 properties should reduced to 10 retirement making that block single rather than two-storey. The overall number has now been reduced by three – one home and two retirement flats. 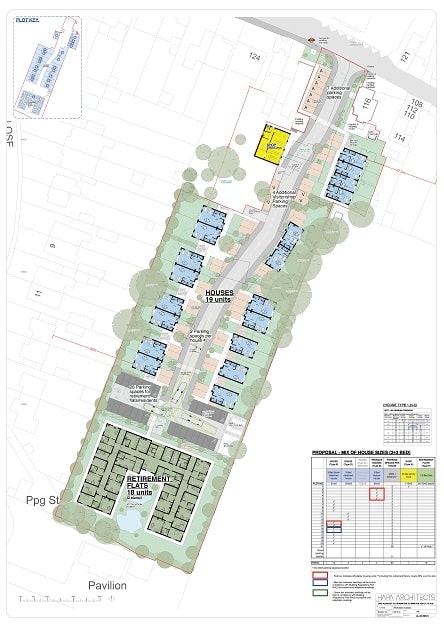 Planning documents for the development, which has undergone some layout amendments, say: “The principal of the development is to allow for a mixed variety of housing types and sizes, including for people of all ages; from starter homes to family homes and finally to retirement homes.

“This will create a well-rounded community feel and cater for local residents who still want to stay in the area when retiring, or younger people/families wanting to buy their first home.”

The brownfield site development is also to include a shop/post office/coffee shop to the upper end of the site.

The plans add: “There will be a set of 4 starter homes (2 bed) laid out in a terraced row to the east side of the road. These have been included in the plans as a need was identified in an earlier Parish Council survey of residents. These houses will be ideal for first time buyers wishing to get on to the housing ladder. Each will have their own small courtyard garden to the rear of the premises. 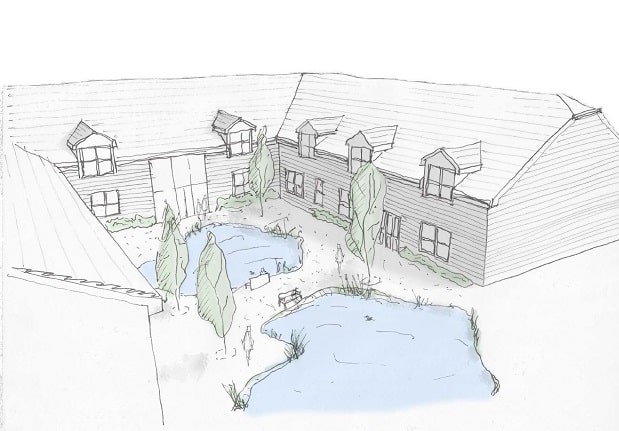 The plans were approved on April 6.