A host of sporting stars will be visiting Margate this year as Frames Snooker and Pool club continues with its popular events schedule.

The Northdown Road club, which was taken on my mum and son team Jacqui and Callum Tydeman in 2019, will be hosting darts legend and King of Bling Bobby George on April 23 from 4pm. The event will also host Jade Slusarczyk from Sky Sports and MC Colin Phillips.

Tickets are £20 or £30 VIP which includes early entry, front row seating, meet and greet and buffet.

Then it is the turn of three-times world snooker champion Mark Williams who will be at the venue on May 6 from 7pm. Standard tickets £30, VIP £50 with early entry, buffet, front seats, bubbly, meet and greet.

And if that wasn’t enough then two world snooker aces visit the club in Cliftonville on October 16 when the 1985 black ball final of Dennis Taylor and Steve Davis is recreated.

The legendary pair will pit their skills once more for the event. Standard tickets £30, 6pm entry. VIP tickets £50 with early entry, be=uffet, top seats meet and greet and bubbly. The event will include trick shots, an auction and a raffle.

The latest events come on the heels of the club hosting boxing hero Frank Bruno in February.

Frank Bruno MBE was promoting his new book Frank Bruno: 60 Years A Fighter The sporting memoir sees Frank opens up on his journey to becoming a World Champion and the fight which has come after retirement with mental ill health.

Jacqui said: “We took over the club in 2019 and it was in terrible almost derelict state of disrepair.

“We spent months working on it before we could open to the public. We now have 14 snooker tables, two of which are heated, and 6 match play pool tables. We hold regular snooker tournaments and competitions and people travel from all over Kent to attend.

“After a lot of hard work reviving the club we feel it’s important to host these events for all our members to enjoy and be able to meet these sporting legends.

“We now have over 3000 members and each event we have held has been a great success with customers excited to see who we have booked next. 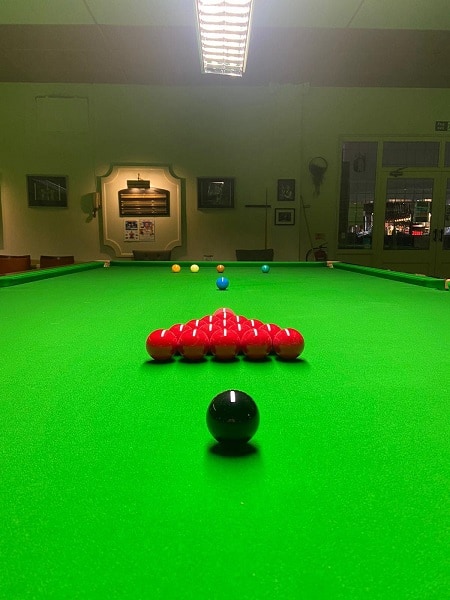 “Over 20 million people watched the Dennis Taylor and Steve Davis final worldwide. “Mark Williams has also told us that even if he wins this year’s world championship a few days before our event he will still definitely be here.”