A new 178 page book has been written about the history and development of Richborough Port.

The site was built by the Royal Engineers from 1916, initially as a storage department near the entrance to the River Stour at Pegwell Bay. The port was eventually developed for the assembly and later full construction of cross-Channel barges that transported thousands of tons of military equipment vital for the war effort in France and Belgium during the Great War 1914-1918.

The port was further developed with a huge New Wharf built for loading the cross-Channel barges, before a purpose-built terminal was constructed for the mooring of the first specially designed cross-Channel train ferries, which were capable of transporting trains, trucks, tanks and even huge railway-mounted guns. As well as the cross-Channel barges and Cross-Channel train ferries, several innovations were also pioneered at the site, with the development of the early use of welded sections of barges, the first electric cranes, and even the first use of small aircraft carriers. 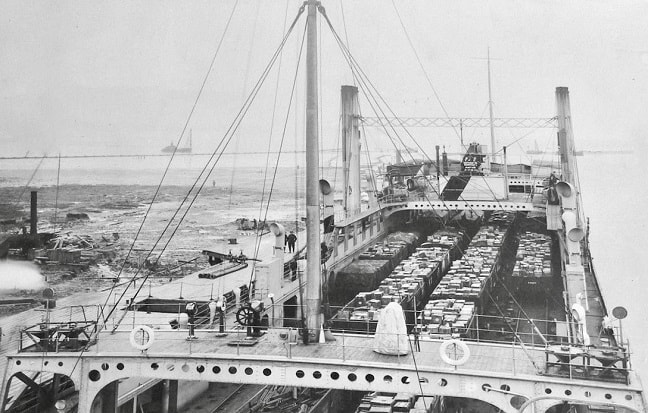 In addition, there were five large accommodation camps built across the 2,000 acres complex, which housed almost 19,000 men and women, who all worked at the port from 1916 to 1918.

Sections of the port were opened just prior to the Second World War in 1939, with the Kitchener Camp accommodating nearly 4,000 German Jewish refugees. The port was later used during the war for the part assembly of “Whale” sections of the Mulberry Harbours used during the D Day invasion of Normandy, and for Royal Marine Commando training exercises.

Today, parts of the site are now occupied by Thanet Waste, Pfizer and Discovery Park.

The book’s foreword was written by James Bird, whose family had owned Petbow and were responsible for purchasing 100 acres of the Kitchener Camp before Pfizer bought a further 80 acres opposite their factory. 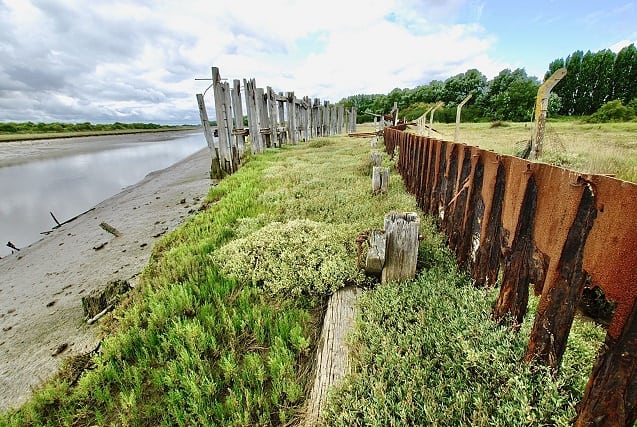 Copies of the book Engineering Richborough, which has been published by Addelam Books, are available on eBay priced £20, with postage and packaging £3.30 to anywhere in the UK, at Ropers on Deal High Street, or at the RAF Manston Museum gift shop.

Books can also be purchased by contacting author Colin Varrall at addelambooks@outlook.com.