Launching an independent publishing company with wife Chiara is a phoenix rising from the ashes moment for Ramsgate fantasy author David Stone, who says his writing career “crashed and burned” after huge pressures were placed on him by previous publishers.

David, 44, is the author of some 25 books which are primarily fantasy fiction aimed at young adults.

The dad-of-two is best known for his Illmoor Chronicle series for Disney and Hodder but has many other books including those of Gladiator Boy and Undead Ed and Outcasts. He also has short stories in a variety of anthologies, including the celebrated Knights of Madness alongside Terry Pratchett, who was an inspiration in his writing career.

But the Illmoor Chronicles were a ‘bitter-sweet’ experience for David with a massive expectation from publisher Disney to hit sales of one million in a genre where the average is 25,000 books. Then there was the splitting of one book into three, something beyond David’s control, which led to a feeling that readers were not getting value for money.

Alongside this David has fought depression for most of his adult life and in 2016 suffered a breakdown followed by a realisation that he is autistic, although undiagnosed. 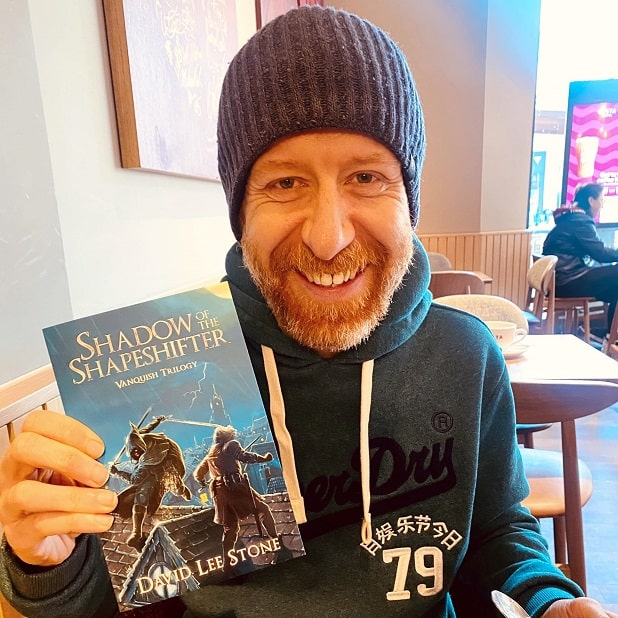 That period led to a hiatus in novel publications but now with Chiara, who is the powerhouse behind the setting up the independent Kingsbrook Publishing, David has released a re-brand from the original Illmoor series called Shadow of the Shapeshifter, has another, autobiographical, book due to be published either late this year or early next and is working on a collaboration with fellow Ramsgate children’s author Kate Willis-Crowley aka Inky Willis. A second Illmoor tale – The Venom of Vanquish – is also due out this year. 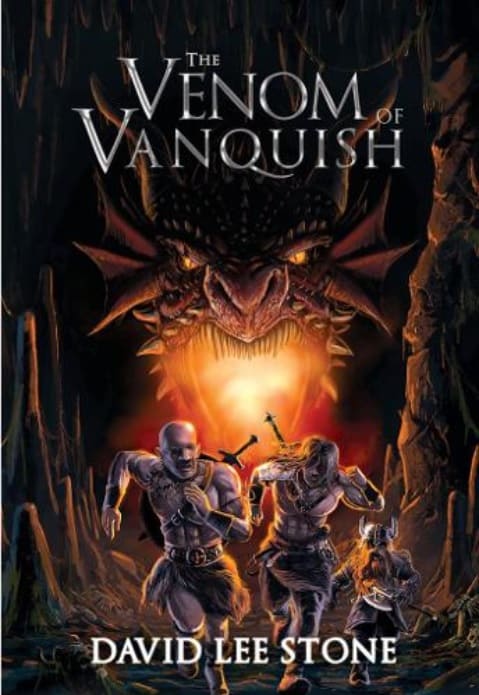 David, who has been creating stories since childhood and was first published in 1998, said: “When Disney were pumping the first three (Illmoor) books out to millions of readers, the critics were ripping me apart. By the time book four arrived, the critics had decided that the writing was actually great but by that time Disney had walked away from the series and (publisher) Hodder had sidelined it – so nobody saw the last three books.

“As every novel in the series stands on its own, I thought I’d start releasing with the best one – so Shadow of the Shapeshifter was both updated and added to with bonus material – including the Shallowfalls Spinecaster novella which I wrote in 2018 and now sees print for the first time.

“Shadow of the Shapeshifter is a cross between The Man in the Iron Mask and Sherlock Holmes – but set in Middle Earth. It’s also a case of mistaken identity as everything is kicked off by two guys being in the wrong place at the worst possible time.

“Illmoor is my baby, so all the time I spent in the bestseller lists with the likes of Undead Ed and Gladiator Boy was sort of bittersweet as my own favourite series had failed.

“My wife has built a hugely successful business while my own career crashed and burned because of the huge expectation Disney put on me so when she asked me if I’d trust her with my books – assuming we got back the rights – I said yes immediately.

“Kingsbrook is entirely the brainchild of Chiara – and she’s already won over the TikTok audience and correctly identified the series as YA (young adult) which Disney didn’t.

“We’re going to start publishing new authors from 2023, starting with a book I’m hugely proud of – written with Ramsgate’s own Kate Willis-Crowley (Inky Willis) who is a close friend – and another Hodder author. It’s called The Bad Apple Dojo.” 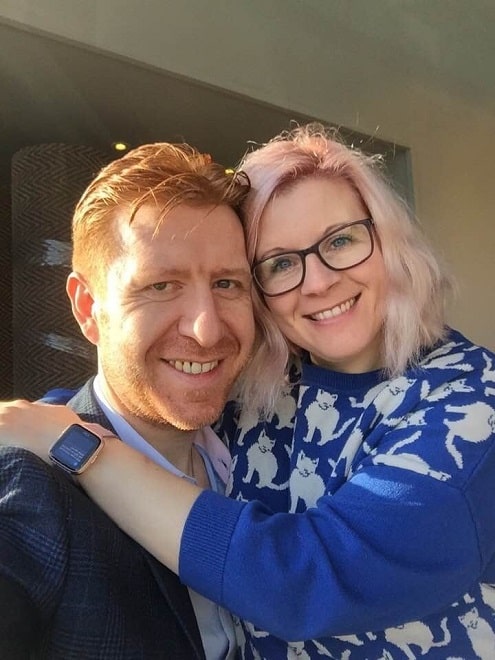 Chiara, who is an artist, graphic designer and founder of people and pet present company Hoobynoo, added: “The decision (to launch Kingsbrook) was made after many years of conversation and creative frustration.

“I think a lot of writers think that being published traditionally is the holy grail, from David’s 20 years in the industry it has been a very frustrating process which has negatively impacted his mental health.

“With traditional publishing you have no creative control over the cover and design of your book, the market the book is aimed at and many other aspects of the process: this is especially true of Disney.

“For us, the main reason was to regain that creative control and be in charge of the process to ensure each book has the best possible chance of success.”

An unusual outcome of David’s breakdown is how the following psychotherapy sessions have resulted in a new book charting his childhood growing up in Ramsgate during the 80s.

Am I Still Unconscious? also takes a retrospective look at autism.

David said: “I had the breakdown in 2016 and discovered that I was autistic not long afterwards. I’ve always been hugely introverted but it was still a shock and I went into months of psychotherapy and counselling. But every counsellor and therapist I saw ended up practically crying with laughter as I started to describe my childhood and my various jobs in Ramsgate from the point of view of being autistic and not knowing it. So, a lot of the truly outrageous things I witnessed and took part in while I was the assistant manager at Blockbuster Video are now borderline comedy!”

A launch party for Kingsbrook Publishing and Shadow of the Shapeshifter  will be held at Moon Lane Books in Ramsgate on April 8 from 6.30pm. The book is available now at all major book retailers including Amazon, WH Smith and Waterstones.