The UK’s signature soul event is held annually on the first weekend of and is the only town centre festival in the country, offering both ticketed and non ticketed events.

Margate Soul Festival attracts some 20,000 people per day to its variety of stages. Over the years it has grown steadily and in 2015 its partnership with Gordon Mac and the team at Mi-Soul Radio turned it into a worldwide phenomenon. 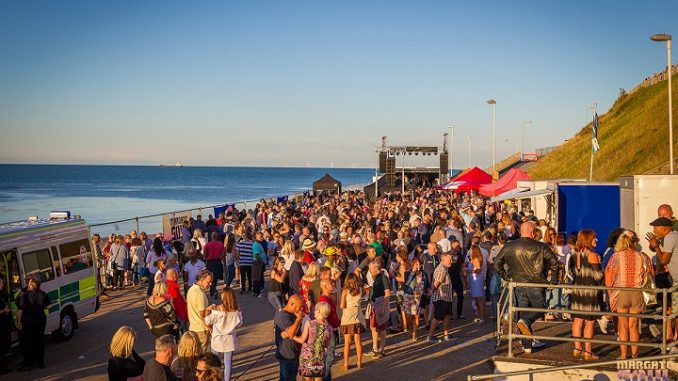 The main outdoor arena ‘The Sunset Stage’ overlooking the sea, provides the backdrop to 3 days of live music, DJ’s and dancing, whilst The Margate Winter Gardens and Olby’s Soul Cafe offer 6 rooms of music for thousands of  people throughout the weekend. There are also free stages placed around the Old Town.

The line-up for the 20th anniversary festival brings together top-quality artists from the last 4 decades including a very special Sunset Stage performance from internationally-renowned Emeli Sandé who, in January, released her latest single ‘Brighter Days’

Speaking of the new single, Emeli said: “‘Brighter Days’ is inspired by the truth that even in the darkest moments, there is always hope. We might have to dig deeper to feel it, but hope is always there. Staying anchored in hope and faith is our victory and defeat only comes when we lose sight of this power. ‘Brighter Days’ is an affirmation – it’s a reminder of our collective power to make a choice and create our reality.

“The power of the collective mind is remarkable and I believe that no matter the external circumstances forced upon us, we have dominion over the mind and spirit. Brighter days are coming. Stepping out of the darkness is within our control. Fear is not ours, pessimism does not belong to us, defeat is not our choice. We choose brighter days and this song is the voice of hope, faith and love.”

‘Brighter Days’ follows the singles ‘Look What You’ve Done’ and ‘Family’ – Emeli’s triumphant first tastes of fresh music in two years, introducing a new era, which she describes as “‘an ode to resilience, rebirth, and renewal”, as well as recent collaborations with UK rap and grime giants including Bugzy Malone’s ‘Welcome to the Hood’ and Ghetts’ ‘Sonya’, featured on his Mercury Prize-nominated record Conflict of Interest. Other collaborations that span Emeli’s career include Kendrick Lamar, Giggs, Loski, Wretch 32, Wiley, Jools Holland, Nile Rodgers and many more.

Emeli received an MBE for Services to Music in 2018 and in July 2019 she became the University of Sunderland’s Chancellor.

And singer-songwriter, house, jazz and soul vocalist, Juliet Roberts will curate an exclusive performance, celebrating the life of Aretha Franklin, and there will be performance from new UK modern soul band SouLutions headed by Louise Mehan.