Action must be taken following the tragic death of 13-year-old Ramsgate schoolboy Sammy Alban-Stanley in April 2021.

A Prevention of Future Deaths report by assistant coroner Catherine Wood says the Secretary of State for Health and NHS Kent and Medway Clinical Commissioning Group must respond by April 11 outlining details of action taken or proposed to be taken, setting out the timetable, or an explanation of why no action is proposed, following failures in care that led to Sammy’s death.

Sammy fell from cliffs at Ramsgate after climbing over the railings. Emergency services were called and he was flown to King’s College Hospital but he died of his injuries four days later.

Sammy was autistic and lived with Prader Willi Syndrome (PWS), a rare genetic condition that causes physical symptoms, learning difficulties and behavioural problems. For Sammy this included high risk behaviour that would result in self-harm and previous life risk incidents.

At an inquest held in Maidstone last year, assistant coroner Catherine Wood said there was a clear failure in what was provided by Kent County Council to Sammy’s family to help with his care.  There was a failure by the social services team to recognise an increased risk to Sammy and “it was possible if not probable that a failure to provide extra support contributed to Sammy’s death”.

The Coroner noted that the Children with Disabilities (CWD) team at KCC had chosen not to assess Sammy as it considered on paper that he did not meet the criteria for their support. As a consequence, Sammy was seen by social workers unfamiliar with the services that could have been provided.

The coroner was also critical of the mental health service at North East London Foundation Trust (NELFT), saying that had information been shared in timely manner it is possible that more support could have been offered to Sammy and his family which may ultimately have made a difference to his high-risk episodes and his death. 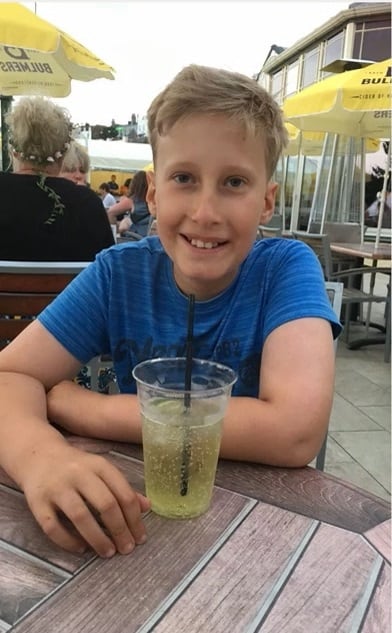 The Prevention of Future Deaths report highlight the coroner’s concerns that a lack of support was offered to mum Patricia, who was also caring for Sammy’s three siblings.

In it the coroner says: “ Evidence was given at the inquest that the social workers from Kent County Council were fully aware of Sammy’s high-risk behaviour and had on several occasions referred him to their Children with Disabilities team who refused to assess him.

“Sammy’s behaviour was also having an adverse impact on his three younger siblings. His mother had repeatedly reported that she could not keep Sammy safe without support and had sought assistance from state agencies, charities and done as much as she possibly could herself.

“Social workers took steps to try to access support for his family to enable them to care for him but the way services were managed meant those involved had little knowledge of what was available.

“One social worker gave evidence that Sammy’s behaviour had escalated between August 2019 and January 2020 when he did not have access to support in the home. However, despite being aware that Sammy needed more support to provide wrap around care before and after the school day only very limited support was funded from the end of January 2020.

“When the advice was given for him to shield in March 2020, due to the Covid 19 pandemic, he now had to isolate and was without the supportive school environment yet no replacement support was provided despite the need being obvious.

“There was evidence given that the mental health team at North East London Foundation Trust were also aware of Sammy’s high-risk behaviours. Support had been provided by a psychology student in the past and he had reportedly responded well to mindfulness therapy and the de-escalation techniques employed by his family.

“Psychosocial interventions were not offered by the Mental Health Trust and a Care Education and Treatment Review was suggested but not implemented before Sammy’s death.”

The coroner says a lack of information sharing between agencies may also have contributed to Sammy’s death, adding: “Communication between agencies involved in his short life was inadequate. It is possible that had information been shared in a timely manner and actions taken as a result then more support could have been provided to Sammy and his family.

“Had he, and his family, had more practical help and support this may have made a difference to his high-risk behaviour and ultimately his death.”

A family left to struggle

Sammy’s mother Patricia Alban had previously told the inquest her son was a kind, gentle and creative boy who enjoyed several hobbies, including piano, carpentry, upholstery and horse-riding. He was well known and popular in the Ramsgate community.

His family had done their utmost to support him to have a happy, fulfilled and healthy life.

Patricia had struggled over several months and years to secure out-of-school support for her son.

She said neither Kent County Council (KCC), nor the mental health service, North East London Foundation Trust (NELFT), was willing to offer any effective ongoing support, despite recognising that Sammy was in desperate need of this and his family were at crisis point.

The only option left to Patricia for help with Sammy’s behavioural episodes, as detailed in Sammy’s Crisis Care Plan, was to call the police. They would attend to help contain and calm Sammy which on occasion required him to be handcuffed or taken to a place of safety until he had recovered.

There were over 29 police contacts and at least 13 referrals made by the police to KCC. On two occasions Sammy was twice detained under Section 136 of the Mental Health Act due to the high risk he posed to himself.

His school, Laleham Gap, was a place where Sammy felt secure and well supported but he did not have that structure when the pandemic hit and he was deemed as vulnerable to the virus. 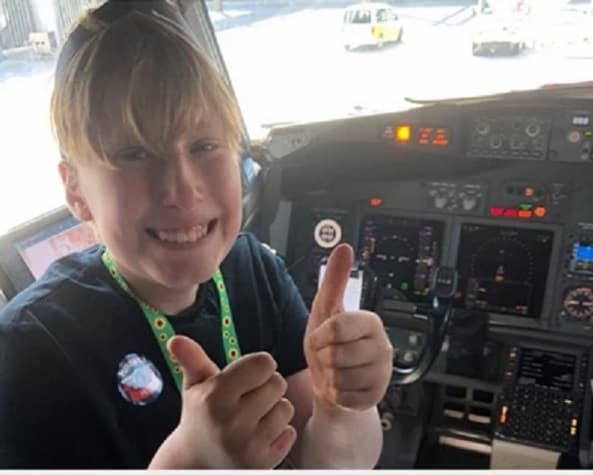 Talking after the inquest Patricia said: ““I truly believe that a failure to provide us with adequate support led to Sammy’s death. The Coroner heard evidence of all I did to fight to get the bare minimum in place to keep Sammy safe and yet this was always rejected. I was always told the support I desperately needed for Sammy wasn’t available and I should ask elsewhere. Nobody was willing to help us.

“Not only do I have to endure his loss but also the loss of his future too. Whilst he had a great many struggles due to his disability fitting into this world, his soul was gentle and resonated the deepest, most resounding love I have ever known. He brought joy and comfort to all who knew him, changed people’s lives for the better, he made my life multi-dimensional and multi-coloured. He made the world a much nicer place.”

On publication of the report Patricia added: “I am grateful to the coroner for her careful consideration of the issues surrounding Sammy’s death and her recommendations to address these on a national level.  If recognition of what happened to Sammy results in action to prevent this from happening again and changes outcomes for people with PWS and other neurological conditions, it brings me some comfort in the face of the devastating and unnecessary loss of my beautiful, special son.”

Prevention of Future Deaths Reports (PFDs) made by coroners to address concerns arising from inquests can provide powerful leverage for change and highlight publicly concerns about how services involved operate which can lead to further regulatory scrutiny.

The Prader-Willi Syndrome Association UK (PWSA UK) provides information and support for people whose lives are affected by the syndrome. You can call the PWSA helpline on 01332 365676.