Neil Gostelow and Will Wright from Interpath Advisory have been appointed joint administrators to JC Rook and Sons Limited.

The administrators were brought in yesterday (March 14) marking the end of over 55 years of trade for the business.

The company traded from 11 retail stores across East and Mid Kent, as well as operating a Food Standards Agency approved production and distribution facility in Ramsgate and a food service facility in Shoreham.

Administrators say the company suffered trading losses in the wake of the COVID-19 pandemic, primarily due to constraints from lockdown closures which were then exacerbated further through the Omicron variant in late 2021 during what would be their peak season in the run up to Christmas.

They say the directors concluded that with the deteriorating trading position, the Company would need to go through an insolvency process.

Following legal advice, the directors made the decision to close all 11 stores before the appointment of the joint administrators. Operations at the production facility in Ramsgate also ceased.

The majority of the Company’s 155 employees have been made redundant, with the joint administrators retaining a small number of staff to assist them with the administration process.

Employees were made aware of the shocking news on Sunday evening and told shops and other sites would not be opening in the morning. Some did not find out until they turned up for work.

Neil Gostelow, managing director at Interpath and joint administrator, said: “JC Rook and Sons was a well-established and well-respected family business that had been operating across Kent for over 50 years.

“Sadly, the impact of the pandemic on trading meant that the directors had to take the difficult decision to place the Company into administration.

“Our immediate priority is to assist those members of staff who have been made redundant, providing them with the information they need to be able to make claims from the Redundancy Payments Office.”

The Rook family had a connection with the meat trade since the 18th century, originating in and around Norfolk. Joseph Christmas Rook, a butcher since leaving school (except during the war when he joined the RAF), opened the first J C Rook and Sons in Dover, with two of his sons, Michael and Roger, in 1965.

John and Peter at the same time opened a manufacturing factory in Sandwich, designed to supply chip shops with pies and sausages. Due to the overwhelming success of this operation, and the opening of shops in Ramsgate, Broadstairs and Deal, Joseph Christmas Rook, Michael, Roger, John and Peter decided to join together. In 1968 the youngest son Joe, on his 21st birthday, was welcomed into the partnership. Over the next few years the company slowly expanded, branching out right across Kent.

In 2019 a decision was taken to put four stores on the market. At the end of last year Andrew Rook resigned as director. The current directors are James Murray and Adrian Burr. Mr Burr is also a director for Southover Foods in Sussex and was formerly a director of RP Meats Wholesale Ltd until April 2020.

Southover Foods was incorporated in April 2020. Accounts have not yet been submitted for the company and are listed as overdue.

Mr Burr is also the sole director of Burrmark Group, incorporated  in February 2021 and listed as having significant control, alongside Andrew Rook, of Joseph and Henry Ltd which is registered at the factory site in Cecilia Road, Ramsgate. Andrew Rook resigned from this company in December 2021 with Mr Burr taking over as director in January 2022. Accounts have not yet been filed for this company. 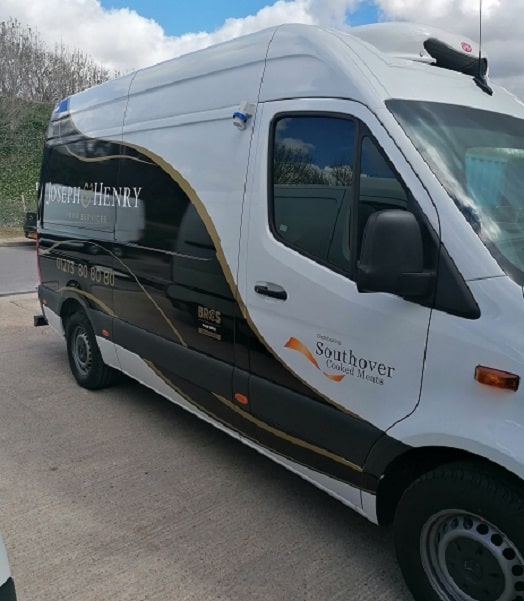 Southover was previously a cold meat supplier but following  problems during the first lockdown it was bought out by Rooks and converted to a butchery. It is understood Joseph and Henry and Southover then merged and then traded under Southover.

Rook’s and Joseph and Henry vans have since been seized.

Angry members of staff have said they understand they may not receive payments due, including pensions which are outstanding for a significant period.One staff member said schools and care homes are still calling in orders because customers have not been notified.

Rooks were one of the businesses that remained open during the lockdowns as an ‘essential’ food provider and despite  the statement made via the administrators accounts show trade was boosted at the beginning of the pandemic.

However, employees say debts were accrued recently with a change of management and staff and many suppliers are now left out of pocket. Creditors owed money will likely be listed when administrators compile their next report.

The last accounts submitted to Companies House for year ending April 2020 say: “As with the rest of the country, there has been a downturn in the food services industry and the government furlough scheme has been utilised where possible.

“Since the end of lockdown, the food services element of the business has returned to and actually exceeded pre-Covid levels of activity.

“In the meantime the company has seen an increase in its retail trade outlets due to customers shopping more locally. This has been further bolstered by the company offering home delivery from each of these outlets. This service was launched to reach even more of the local community, particularly those who have been unable to leave their homes, and has been particularly well received.

“In addition to the increase in retail trade the company has seen a sharp rise in demand for their online offering particularly in the first few weeks of the pandemic and this continues to be many customers preferred method of shopping.”

Accounts for the financial year to April 2021 are due for submission by April 30 this year. An administrator’s report on the business will be published in the coming weeks.