Nintendo game The Legend of Zelda, with its themes of time travel and relationships, may not make you instantly think of art but it is one of the inspirations behind the newest exhibition at Turner Contemporary.

Larry, 38, is a British Ghanaian artist who completed a BA in Mixed Media Fine Art at University of Westminster in 2005 and an MA in Sculpture at The Slade School of Fine Art in 2008. 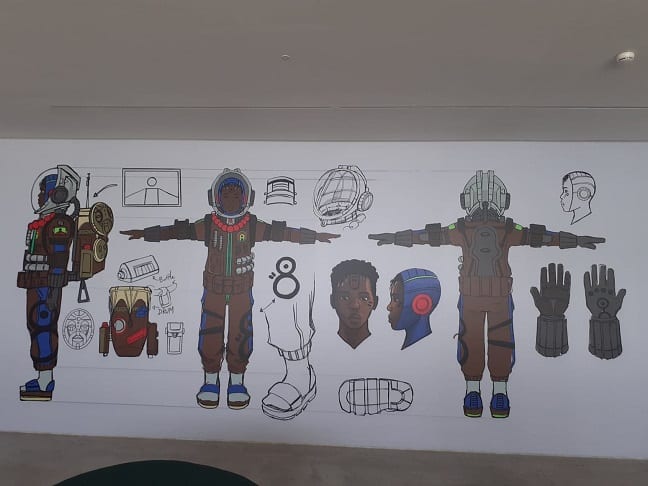 His works at Turner Contemporary are a sense stimulating mix of film Wayfinder made up of six chapters, the Relic Traveller project  with five films, flags and a new series of life-size Relic Traveller figures with a spacesuit theme which can also be seen in images displayed in the same space. 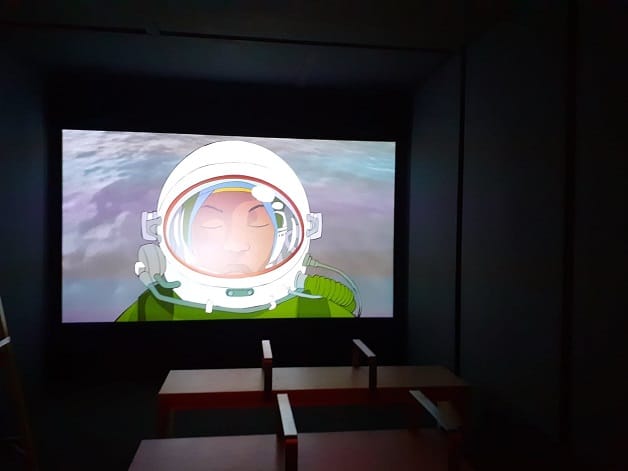 Then there are the Glyth collages depicting faces of each black person in family photos which have been replaced with cubist-like circles and red, referencing experiences of racism growing up in East London.

These are shown alongside a display of paintings by JMW Turner curated by Larry. He has selected a group of oil paintings, watercolours, engravings and sketchbooks, predominantly from Turner’s British tours and including locations which feature in Wayfinder.

Although the genres may seem very different Larry says the Turner works have actually brought him full circle.

He said: “When doing the foundation qualification Turner was one of the most important artists to study for landscapes so when I was invited to curate those works it was like a full circle.”

Larry, who visited Margate as a child when his family took the subsidised coach trips from his London home, says the town evokes memories of 1p and 2p machines, looking out at the coast and the churches and baptisms he attended here.

He calls it a ‘nostalgic homecoming.’

The gaming room is not just a display of inspiration, it is also about participation, conversation and community.

Larry said: “I grew up in the 80s and 90s, at a time when gaming was frowned upon but it is the biggest entertainment medium and there are positive effects for communities and young people.

“I learned about British history, world wars, all kinds of things, from playing video games.

“The Gaming Room is a communal environment, people can enjoy it, have conversation about the things they see and experience and share that person to person.”

Picking Legend of Zelda as maybe one of his favourites Larry said: “It’s a surreal game. There is a lot to do with time travel, relationships and the idea of the end of the world and trying to have an affect on things that are taking place.”

He added: “It is the first game that really introduced people to a 3D environment.”

Children from Ramsgate Arts Primary have been among the first to explore the Gaming Room.

They found games including Ico, Journey, Inside, and Ori and the Blind Forest on consoles such as Ninetendo Swtch and PS4. The Gaming Room also has a workshop area, a stage for talks and game soundtracks.

Working with BAFTA Young Game Designers,The Prince’s Trust and Into Games the gallery will be holding game design workshops and talks for families and schools, to inspire people from every background to discover careers in the games industry.

RAPS teacher Richard Gunson said: “There is a lot of enjoyment for our children here. Video games are now such an integral part of our lives but there is no real concept (for youngsters) about how they evolved. Here you can see the journey from early video games to the latest ones. The artist has curated them as part of his work for the children to visit and see his inspiration with the titles he has chosen.”

Wayfinder: Larry Achiampong & JMW Turner is the artist’s first major solo exhibition and explores themes such as class and economic exclusion, belonging and displacement, cultural heritage and the meaning of home. 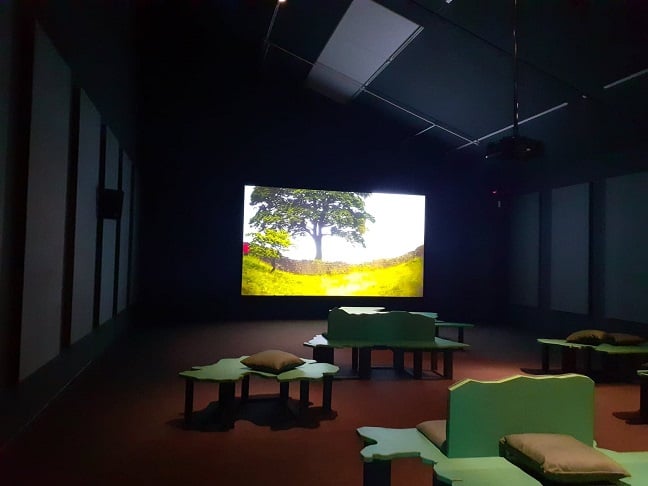 It will be in place at Turner Contemporary from March 12-June 19.