Broadstairs resident and professional boxing trainer John McCormack has been with the Kell Brook camp in Fuerteventura, training in the sun, and working alongside Brook’s trainer Dominic Ingle.

Dad of four John, who is also boss of the Skip2Bfit business, said: “A happy fighter is a winning fighter and while we were training in the sun, Khan was in Canada preparing for the fight in -20c, which for me was a massive mistake. 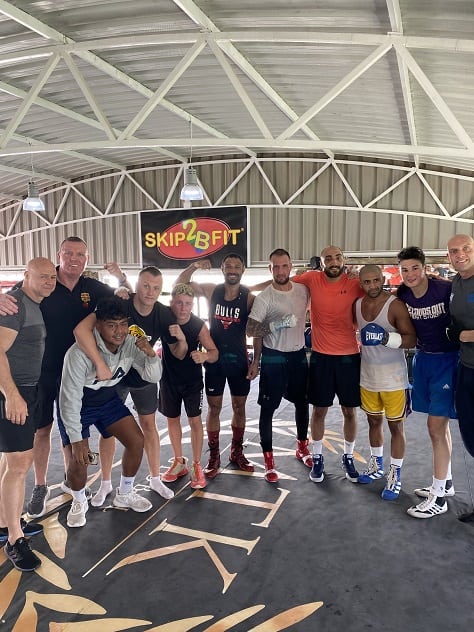 “Kell supports my work with Skip2Bfit when I am not training boxers and instead motivating children to Skip2Bfit and eat superfood blueberries. Kell even did a video message to them to eat healthy which was great after I got him into my favourite drink, green tea.

“Kell was back in Fuertventura on the Monday after the fight  and took time out to see me and say what a great camp we had.  This is an example of how very down to earth he is and why he is loved on the island here and always has time for pictures with tourists.”

Former Heavyweight boxer John added:“Role models in sport are great for children to see and Kell is one of them and if you work hard enough and believe in yourself you will win and that’s exactly what happened to Kell.

“The camp was very long but it’s important to relax in between training sessions. One bonus here in Caleta Fuste is a full-size snooker table very near the gym, so as I love the game, I introduced the lads to snooker in the evenings and got them all into the game, once I explained all the rules to some of the sparring partners because in snooker you have plenty.” 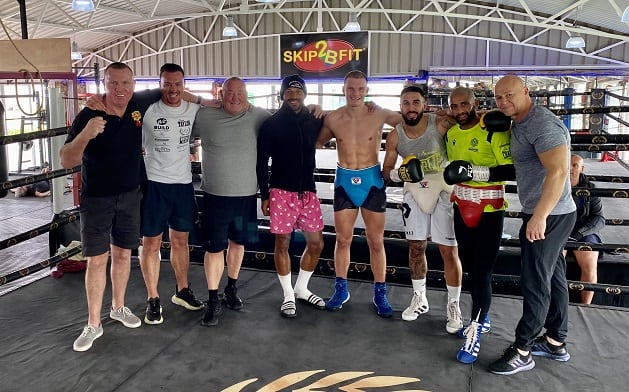 By knockout wins 28 By decision wins 12